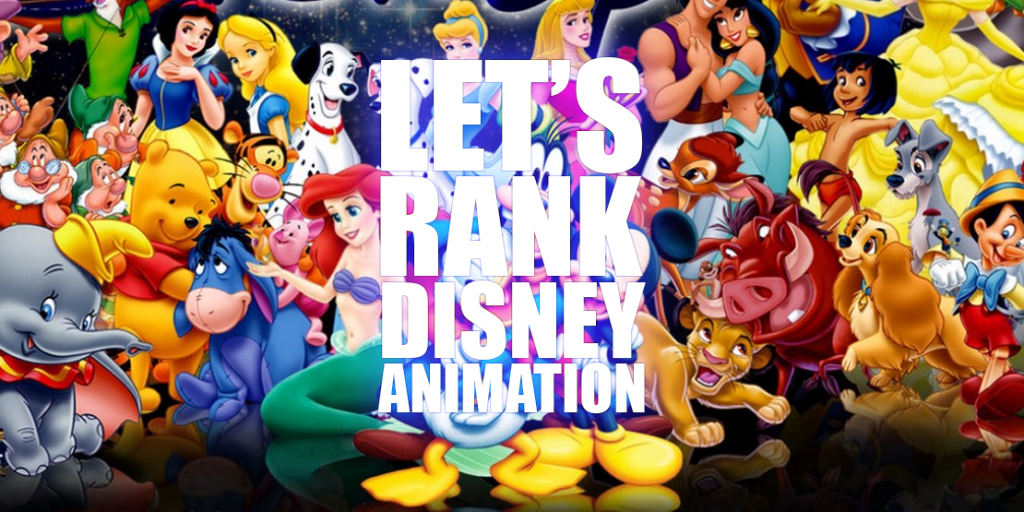 REMINDER: We have extended the deadline for ranking submission until Monday, April 20. You do not need to provide write-ups, but if you do you only need to do them for your top 30.

It’s a question that has caused fans of cinema to lose countless hours over debating: What is the best and worst of any given film franchise?

ScreenAge Wasteland aims to find the common ground by asking its community to participate in a collaborative ranking of the Walt Disney Animation Studios films. The 58 eligible films are:

Submit your ranking of the 58 Walt Disney animated films to info.screenagewasteland@gmail.com by Monday, April 20. All you have to do is order the films from best to worst, and include a sentence or two (no longer than a paragraph please) about each film (your favorite part, why it is great/terrible, etc.).

Once the deadline has past, we’ll tally up the various rankings, cherrypick the best responses for each film, and put together a massive collab ranking to release during our April theme month focused on Disney!

NOTE: As long as you have seen at least 30 films you can participate. Just rank the ones you have seen. If you’ve missed a few (like those compilations) that’s fine. The scores will be adjusted depending on how many you rank.

Are you up for the task? Comment below or email to confirm your involvement.

Thanks in advance to everyone who participates. You are the hero SAW needs.