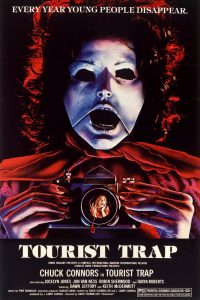 Plot: A group of young friends stranded at a secluded roadside museum are stalked by a masked assailant who uses his telekenetic powers to control the attraction’s mannequins.

Sex and Violence: Some blood and maybe a tit?