December is here and with it loads of holiday entertainment, and–hopefully–some high-quality gingerbread too. But if you’re looking for something to spice up your next movie night but not necessarily feeling festive, now may be a good time to dive into a few criminally under-seen titles.  But which ones are really worth your time?

Every month, I pack a short-list of under-the-radar titles waiting to be unearthed from the algorithms of Netflix, Hulu, Amazon and the like. Because movie nights are important and life’s too short to watch the wrong stuff.

Here are a few wonderful movies that’ll take your “To-Watch” list to the next level in December.

What does it say about my cinematic appetites that I’d include a coming-of-age masterpiece on the same list as demonic Ron Perlman without flinching? Not sure I want to know the answer, but what I’m getting at is this:

The Graduate is absolutely one of the illustrious films of which, I’m convinced, everyone should see at least once. Not to mention out of those rare titles, Mike Nichols’s early career opus boasts an incredible re-watchability. The soundtrack, the aimless wandering of directionless post-grad life, the earnestness of naive love, the level of masterful nuance in such a tight runtime is truly a marvel.

Also, I’m convinced if you looked up “cinematic perfection” in the dictionary the listing would simply say: see Anne Bancroft’s as Mrs. Robinson.

The Graduate is a signature slice of Americana delivering a trendsetting but comfortable experience that’s worth remembering and revisiting. And, dare I say, entirely possible that it has more perfect single-shots than any other American film.

When it comes to sequels, the arena of comic book cinema has a hold on the market. Most everything of the vigilante, caped, or intergalactic persuasion seems destined to deliver numerous iterations and reboots whether we asked for them or not. So if you’re suffering from superhero fatigue–I get it.

However, if you’re on the prowl for something a little more off-the-beaten-path but still rooted in the fantastical realm of graphic novels, definitely add Hellboy II to the queue. Guillermo del Toro’s second installment in his brief franchise brings the goods in just about every measurable way. A rare achievement of a sequel surpassing the original.

Ron Perlman returns as the uncharacteristic hero, Hellboy, and packs as much dry charm as he does expectant action. In true auteur fashion, del Toro’s crafts a world of striking creatures and impeccable social commentary of heritage, manifest destiny, and cultural tradition…but you know, wrapped in the fun packaging of a larger than life comic installment. Among the sarcastic jabs, rule-breaking, and star-crossed love interests rest a few moments of earned humanity and a startling revelation that takes an otherwise entertaining flick to a higher plane of genre reinvention.

Simply put, come for the fun action but stay for the cautionary plot with something to say. Hellboy II is as great a comic book sequel as you’ll find and it just may prove to transcend typical convention in a way that only a del Toro’s project can.

In case you haven’t been on online the last month, Disney+ has launched and single-handled ignited the powerful locomotive of childhood nostalgia.  That’s right, from old and new Disney Channel favorites to the stunning animated catalog, to MCU and Star Wars, to the full backlog of The Simpsons–this platform has made a splash.

So, excuse me if I want to relive the glory of my favorite, awesomely bad, NBA-playing genie five times in a row. Kazaam is a testament to all that we love about the random yet influential entertainment of our formative years. This month, bust out the orange soda and Gushers and treat yourself to Shaq declaring, “I am, Kazaam!”.

Before reading further, you’re contractually obligated to watch this video and jam out.

Hard to believe but there once was a time when Will Ferrell wasn’t yet WILL FERRELL and Saturday Night Live produced some really funny flicks. Enter Roxbury. A hilarious experience taking all that we love of the 90s and turns the bro-comedy dial to eleven. Cut from the same cloth as Wayne’s World, Roxbury provides that delicious blend of random humor for its own sake; escapism through that signature brand of Lorne Michaels’ conjuring.  I mean, just look at this cast:

Maybe it’s nothing more than I identify with this uniquely silly (and needless?) style of humor, but the Emilio Estevez bit is funny every damn time. You are hereby empowered to forget the world for a spell, laugh without really knowing why, and bob your head free from shame. 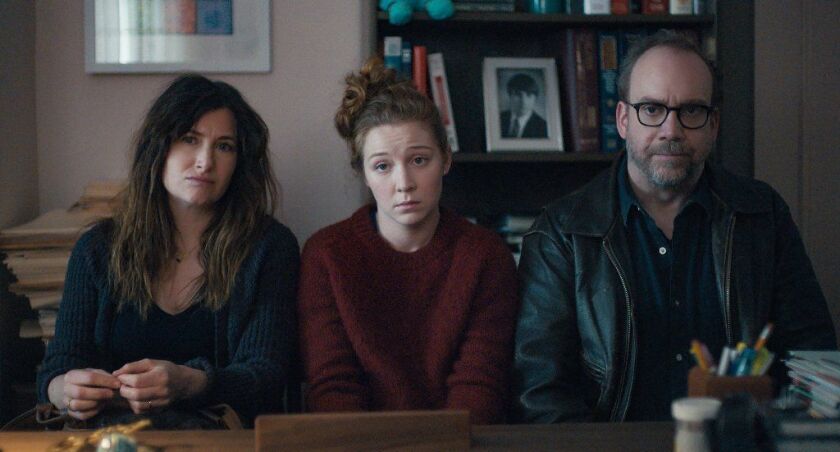 Lots of thoughts, and deceptive feels.

It’s truthful almost to a painful point…but the kind that leaves you numb and nervously laughing. Kathryn Hahn at the top of her game (because when is she ever not perfect?); Paul Giamatti superbly balanced; Jenkins’ sharp, perfect pen, and symbolic framing — Private Life is a fine wine film.

As a season ticket holder of both Hahn & Giamatti, I confess pairing them seemed like an odd move. But here, it felt like a perfect fit. The connection was natural, kinetic enough to earn the fractured state of which they dwelt. And all that delicious subtext!

Private Life is one of the most uniquely human films of recent memory. Its lingering effect is oddly healing because that is what Tamara Jenkins does. Of course, it’s underseen, and that’s a shame.

PLATFORM:  Netflix
FOR FANS OF:  As Good As It Gets, The Savages, & Win Win

Who cares if the queue is over-stuffed?  Add some of these hidden gems to your list and save your next movie night, or scroll through the library until something jumps out.  Either way, you’ve got no excuses … Go watch something!

What’s the best hidden gem you’ve streamed recently? Share in the comments and help me expand the list!