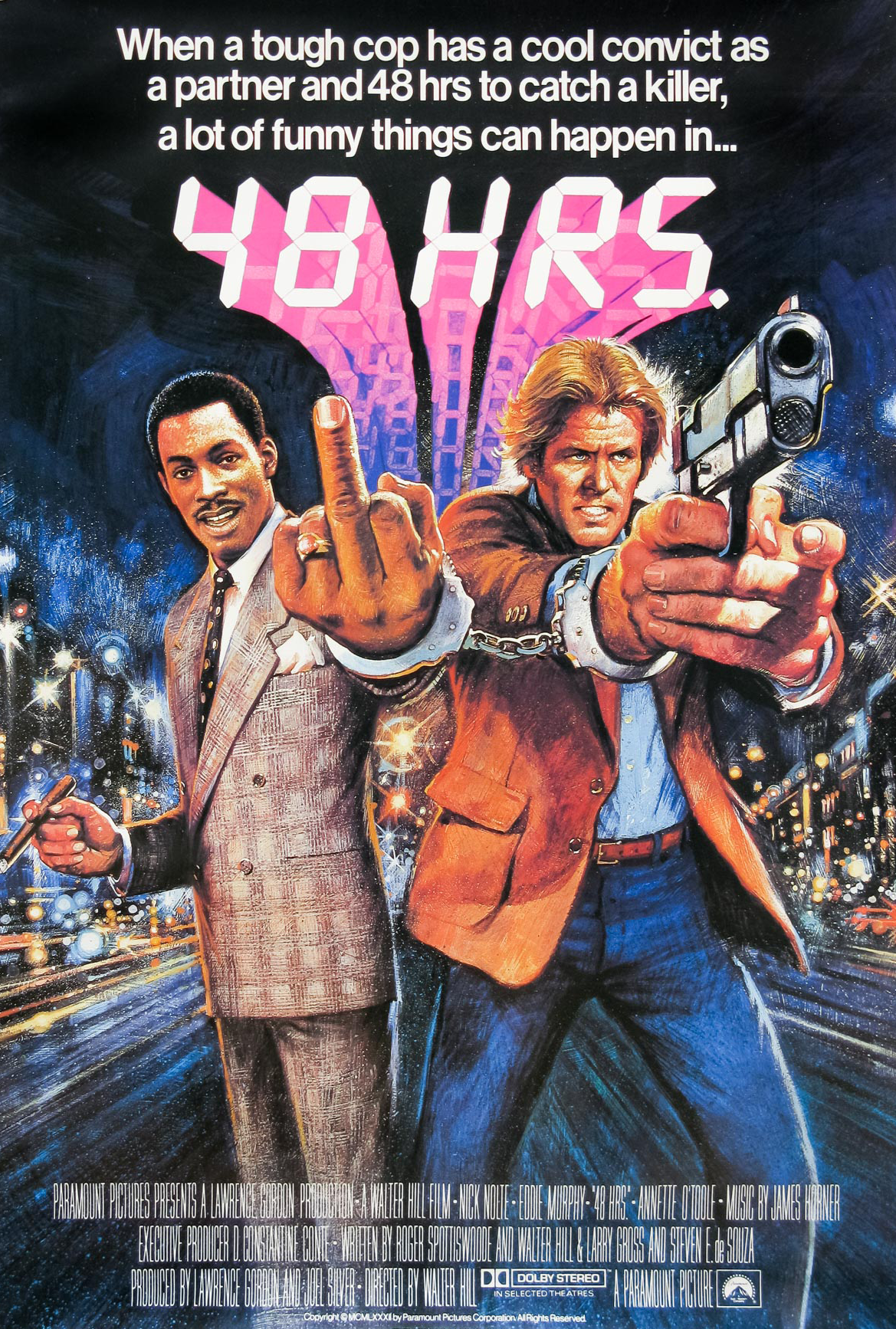 Convicted criminal Ganz is doing some hard time on a chain gang when his big Indian buddy named Billy helps break him out. They go on a cop-killing spree while on the run and run into a hard-nosed veteran cop named Jack Cates. After Ganz is able to get the upper hand on Cates by getting his gun and killing another cop, Cates is left with nowhere else to turn but to a former partner of Ganz’s who happens to be in prison for armed robbery. Cates is able to get Reggie Hammond a 48-hour leave to help him in his search for the cop killer.

After a rough start, Reggie leads Cates to a redneck bar called Torchy’s. Reggie lets Cates know the only reason cops don’t get jumped in places like this is because of their badge and gun. Cates disagrees saying it’s attitude and experience that gets you through. After some more back and forth, they settle on a bet. If Reggie can fake his way through pretending like a cop with a badge by getting some helpful info without getting cut up, he gets to sneak away and get some trim. If he fails, he has to come clean to Cates about everything. Challenge accepted. Let’s experience some of Reggie’s bullshit.

This scene right here is what made Eddie Murphy a movie star and kicked off one of the best 5-6 year runs in movie history. It is ridiculous how great he was here and to know that this was his first-ever movie at age 21 just makes it even more impressive. He would command every second of this scene and if you didn’t know who he was before this film, you definitely sat up and took notice after this scene.

Entering the bar, you just knew this wasn’t going to go well for Reggie. Rednecks as far as the eye could see with Confederate flags everywhere and the fiddle a singing. We are expecting Eddie to just be funny Eddie here. Crack some jokes, have some good friendly racist banter back and forth till things go sideways. When he turns it on after throwing the shot glass through the mirror, this fool is in complete control.

It turns into kind of a tense scene but still hilarious at the same time. There is no way this scene or movie gets made the same way today and I am so thankful this came out in 1982. “Listen up, I hate white people.” That just cracks me up every time and the “You’re too stupid to have a job” kills me too. There are a lot of great scenes in the buddy cop classic but this takes the cake for me as my favorite and easily one of the most rewatchable of the film. “There’s a new sheriff in town…and his name is Reggie Hammond. Y’all be cool. Right on.”

What do you think of Eddie Murphy’s performance here? Do you think this is what helped him become a movie star?