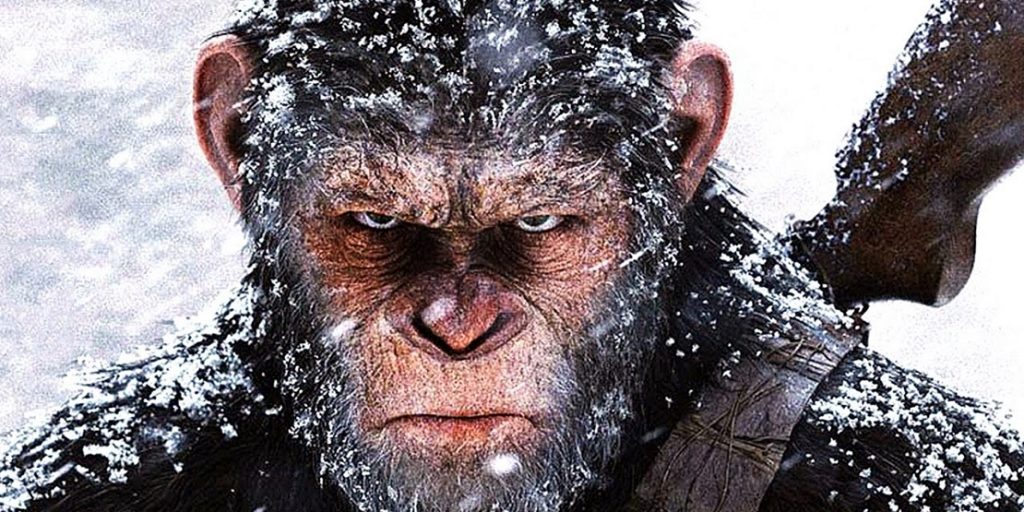 Nitpicks. It’s hard not to have them and sometimes they’re unavoidable. Sometimes something minor like a plot hole or obvious product placement or a continuity error can latch onto you and just gnaw at you like a popcorn kernel stuck in your teeth. But can one accumulate enough nitpicks to ruin their experience? And what qualifies as a legitimate nitpick?

I can see why one would be disappointed in War for the Planet of the Apes. I can see the nitpicks driving certain people up the wall. I get it. For all intents and purposes, Jurassic World is a perfectly fine film. It’s a big, dumb blockbuster that’s sole purpose was to entertain and considering its one of the most successful films of all time, I would say it succeeded.

Having said that, I think Jurassic World is a god awful dumpster fire that is literally everything wrong with cinema. It’s a soulless product who’s only reason for being is to squeeze some more coin out of a franchise that should never have existed in the first place. I loathe that abomination with every fiber of my being. In actuality, every problem I have with that film, is realistically a nitpick. Nothing major but a nitpick here and a nitpick there until you’ve amassed an avalanche made up of nitpick snowflakes.

So, I get it. Because I have a ton of nitpicks with WftPotA (Jesus, we need to come up with something better). But for some reason, they didn’t bother me. Maybe it was the astonishing CGI or Serkis’s performance as Caesar but something about the film just hooked me. 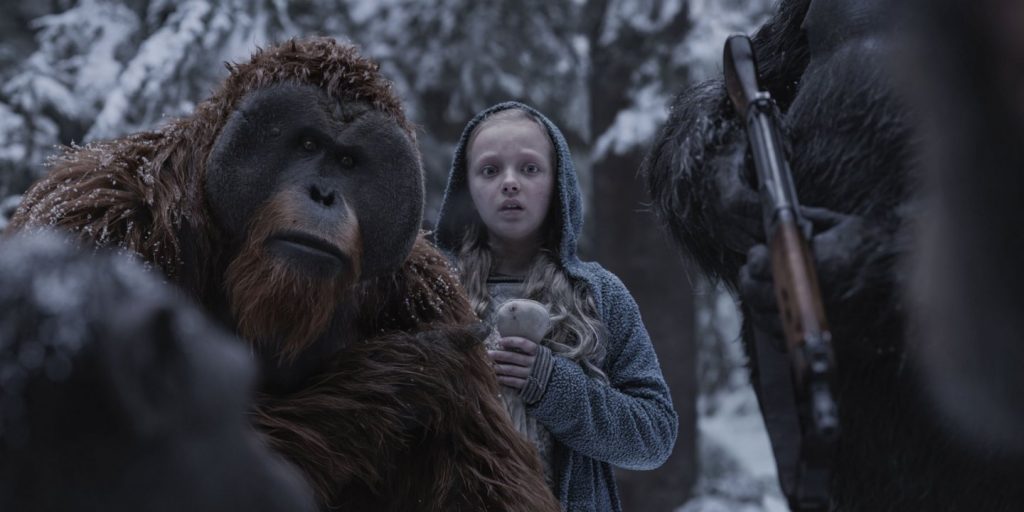 Yes, the mute girl is pointless and shows literally no emotion when her father dies and yes, the tunnel scenes are ridiculous (they just kinda pick a spot and either the hole was already pre-dug or the ground was loose enough for them to dig up but not Loose enough for a random ape to fall through?). And yes, there really isn’t a war as much as there is a skirmish but none of those complaints took me out of the film. I definitely noticed them, but they didn’t bother me.

And I don’t know why. Because the previous film has a scene where a soldier accidentally shoots an ape and that makes the situation between the monkeys and humans understandably tense. And then the main character goes on some mission and brings along the one character that the apes already hate, butterfingers McShootsApe. Caesar catches him smuggling in a gun and that kicks starts the plot.

And that drives me crazy. Both films are dependent on at least one stupid character doing something stupid to advance the plot but for some reason, I have more of an issue with the second film than the third. There’s actually far more plot convenience in War than Dawn but I guess I was able to suspend my disbelief more.

I honestly have no idea why one bothers me and the other doesn’t but that’s the secret of cinema: It’s all nothing but monkey shines.