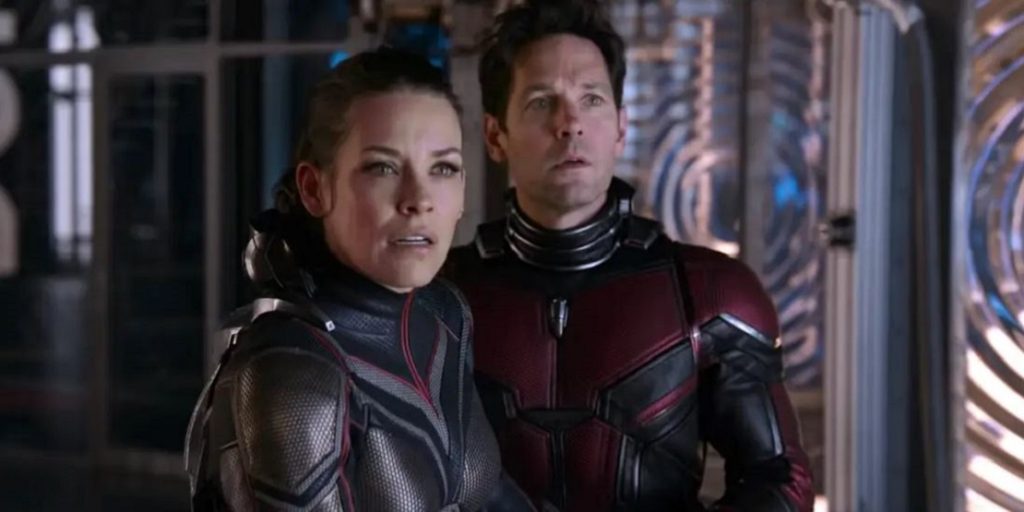 There’s a rumor going ’round about Evangeline Lilly and the Wasp.

According to WGTC, Lilly’s dismissive comments about the coronavirus outbreak that caused Twitter to lash out at the actress (she has since apologized) may have lost her a co-lead role in Ant-Man 3.

Many Marvel fans have demanded that she be removed from the upcoming MCU sequel. That’s not happening, because contracts, but WGTC has heard that Marvel Studios will be reducing her role.

Sources that have been correct in the past have told WGTC that Hope Van Dyne/Wasp will be reduced to a supporting role similar to the one she had in Ant-Man. Instead, Emma Fuhrmann’s Cassie Lang, daughter of Scott Lang/Ant-Man, will be bumped to the new co-lead.

The film’s storyline will need to be reworked to accommodate the change. The rumored plot for Ant-Man 3 involved Scott and Hope going on a sort of globe-trotting adventure in the vein of a James Bond movie. The script rewrite would shift the focus of the film to Scott mentoring Cassie as she becomes the superhero Stature. Might I suggest the title for the third film be called Ant-Man and Stature?

Look, I know the Ant-Man franchise has its haters (especially those who whine about how Edgar Wright would have made a better film, yada yada yada, we don’t care anymore), but I think they’re enjoyable popcorn flicks. I do hope Ant-Man 3 focuses more on the heist aspect of the character, because that was one of my favorite parts of the first film. Heck, why not make Ant-Man 3 a globe-trotting heist film similar to Ocean’s 11. Have Scott build a team (Luis and buds, Stature, Hank Pym) and infiltrate a mission. There’s still that dangling HYDRA plot thread from the first film. How about we wrap that up?

Do you care if Wasp is given a lesser role in the sequel? Where do you want the Ant-Man franchise to go next? Should Ant-Man 3 focus on setting up the Young Avengers?