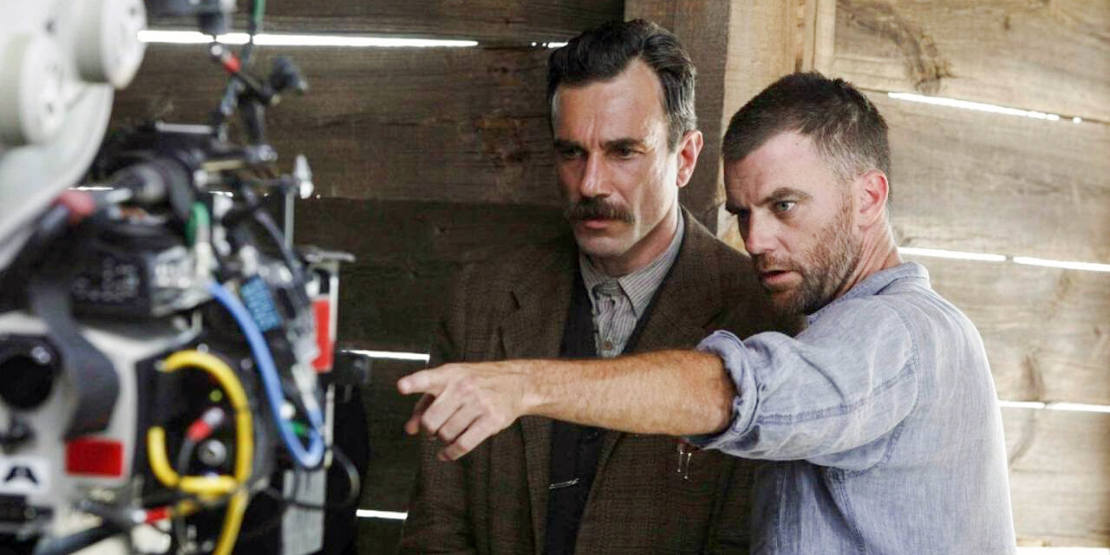 Today we honor the curious craftsman as he celebrates his semi-centennial year. To honor the big 5-0 we take a look at a few of PTA’s most notable and deliciously unkempt character study features. An eight time Academy Award nominee and cult fandom favorite, his is a career perhaps destined to become the Kubrick of his generation.  After all, no one captures the deeply truthful nuances of unsettling characters quite like Mr. Anderson.

Here are five of his best films as an unmatched writer/director. Check some of these out!

Is there a better display of ensemble mastery than this? At least as far as the 90s are concerned, this has to be the crowning achievement.

PTA has never been the type of director to Garner mass appeal. From his earliest works it was clear his path was more akin to Kubrick than that of Spielberg.  That was never more clear than with this, his sophomore picture, an opus to family, character flaws, and – yes – the golden age of the porn industry and narcotics.  Yet, in the thick of all extra-ness it carries, Boogie Nights still feels more empathetic than anything else.  In fact, it’s a damn near perfect level of restraint to not take it deeper into the recesses of taboo.  Given the subject matter it’s nothing short of mastery to carry us through the fractured lives of arguably the most human, ground, three-dimensional characters he’s out to screen.  Because under the surface of nudity, overdoses, and dangerous late night absurdities rests a commentary of misfit connections.  To be honest, the heart of the film is simple: Even those that are lost or trying to find their way want a community; they deserve to find their people … no matter how screwed up.

Here, 23 years later, I still can’t decide if this is PTA’s most or least approachable film.  But I do know this, for a time capsule, this one feels timeless in scope, craft, cast, and script.  In the arena of unkempt prestige movie-making, Boogie Nights is an American classic.

Somehow this one feels imperfect and perfect all at the same time.  There are a few moments throughout it seems like PTA bit off a bit more than he could chew, but, then again, that may be the whole point, right?  Life is herculean and we are deeply flawed animals that still feel deeply.  Relationships whether destructive or beautiful fuel us.  At the end of the day, that may be all we have in the way of absolute truth.

Magnolia is a three-hour existential crisis on speed; an operatic tapestry of imperfect humanity, guilt over past sins, identity desperation, and our intrinsic need for atonement, and identity desperation.  Like its counterparts of Boogie Nights and The Master, a cast that top to bottom delivers staggering performances undoubtedly highlighting already storied careers; a common component we’ve grown to expect with a PTA feature.  We weave in and out of the lives of a shy police officer, a deeply wounded yet overtly masculine life-coach, a guilt-ridden soon to be widow, a drug addict, a hasbeen child star, and an earnest care-giver traveling through the turbulent circumstances surrounding a key turning point in their lives.  Each of them connected; each of them deeply flawed but tender in their own way.  And, of course, the ending of all endings when frogs rain down from the sky … literally.

Philip Seymour Hoffman, Joaquin Phoenix, and Amy Adams anchor a peak-of-his-powers Paul Thomas Anderson narrative loosely unpacking the history of scientology and exploring the ill-fates of those tied to a charismatic leader.  That ought to be reason enough to venture into the suffocating waters of this one.

In the odd orbit of slightly less than big budget prestige but bolder than true arthouse cinema, The Master is a masterwork in its own right.  It might be considered a sinister fable if all of it didn’t feel so real.  Therein lies the stroke of genius in this title; the unsettling nature of something that seems to far off the beaten path to be actual, but frightening authentic in every way because we know all too well that we’re just as likely to fall for what’s not real as we are to be enraptured by truth.

From the processing scene; to Dodd blurting out obscenities; to the chilling character juxtaposition in the jail cell moments; to that closing shot of Freddie laying with his sand-sculpted woman, it all speaks to a film that reaches for the jugular as eases you into a world of blessed uncertainty.  The Master is appalling, stunning, important, and unimportant all the same. 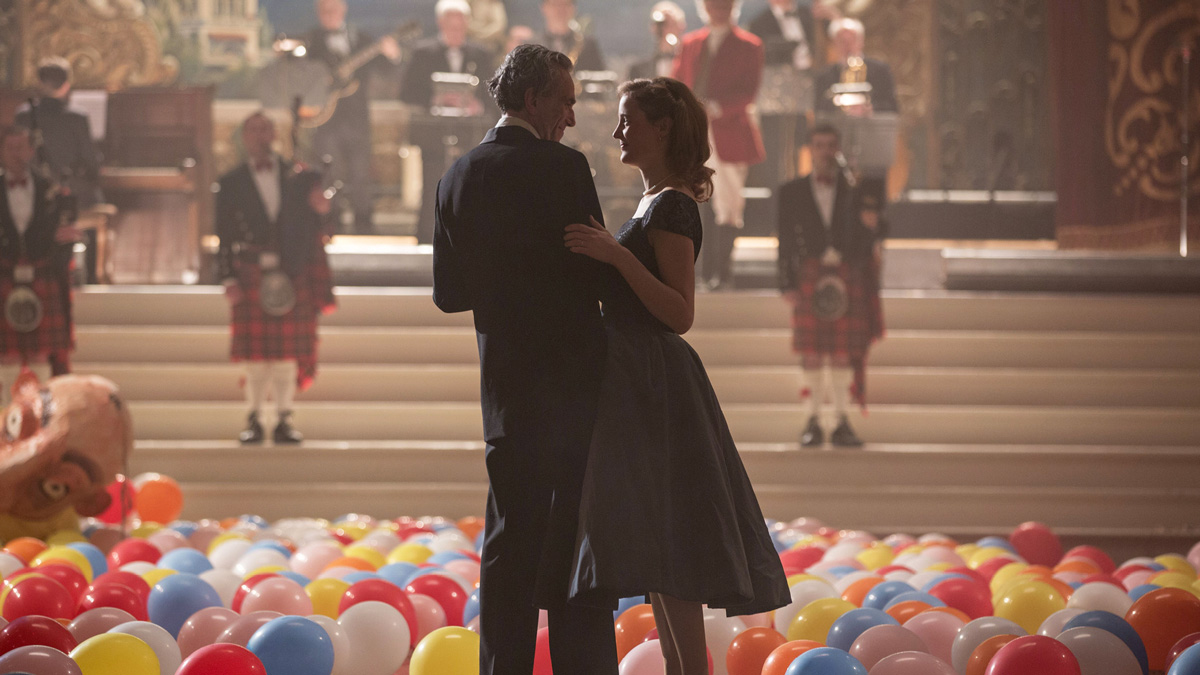 On February 1st, 2018 I drove 54.4 miles to view a 10:35 p.m. screening of this film on a Thursday night.  It was immersive, delectable and lingering in that rare way that leaves you feeling like you just witnessed something special while needing a second viewing right away.  But that’s what PTA does; he tattoos your psyche with a feeling you can’t wash off and you’re not quite sure you want to.  Here’s what I wrote after that random Thursday night at the cinema:

Phantom Thread is the best film of the year because it created a world in which slipping into a sinister mindset felt natural and humorously cathartic.

Paul Thomas Anderson stitched a brilliant black comedy. Every frame laced with a perverse narcissism that hooked me like a drug. Living in the bubble of Woodcock was seductive and delightful with just a pinch of fearing-for-your-life. Of course, Day-Lewis gives one of the finest performances of the season. But steering the ship were the masterful Vicky Krieps and Lesley Manville. Make no mistake, Phantom Thread is a leading lady’s film. And how Krieps was left out of the nomination discussion is absolutely baffling.

From the marvelous Jonny Greenwood score, to the luscious costumes, to the indelible taste of twisted love — no detail was taken for granted here. PTA proves, once again, he’s the best working director in the game and has gifted us with yet another genre-bending character study that feels ahead of its time.

Two years after the fact and it feels like Phantom Thread has officially earned “fine wine” status.  A deliciously layered and darkly enjoyable film that gets better with each re-watch.

In the conversation for best Rom-Com of all-time. And, quite possibly, the single-best performance from Sandler’s disparate career; although the Safdie’s may have something to say about that.  Regardless this is the film that changed everything for both PTA and the Sandman.  Well, maybe not changed as much as it shattered most preconceived notions we call assumed for those two dudes.  Punch-Drunk Love is the Shawshank Redemption of left-turn movies; a title that seemingly comes out of nowhere, shifts what you once held true for conventional rom-coms and immediately changes everything.  How could something this erratic and this awkward be so beautifully shot and so damn endearing?

This film in all its tragic beauty dares to remind us that strange people are capable of love too. Also serves as a reminder that with the right script and the right artisan behind the camera, Adam Sandler is a top-tier leading man in all his eccentric, frenetic glory.  Also, we don’t give Emily Watson enough credit for being flatout phenomenal in just about everything she chooses.  True to all PTA titles, Punch-Drunk Love breaks all rules in such a way that leaves you appreciating the symphony of dysfunction and emotional-extremes captured masterfully by the maestro himself.

And let’s not forget this is the movie that gifted us this magical scene.

Because nothing says love like a Paul Thomas Anderson flick, right?

What are some of your favorite films from the unkempt prestige director himself?  Share some PTA love down in the comments!