From the cinephiliac minds of Sailor Monsoon and Vincent Kane comes a new collaborative review series called Double Impact! For these opinion pieces, we watch a film, break it down and analyze it, and then for the hell of it, we like to pick a new cast if we were going to remake the film today. Through our convoluted thought process, neither one of us truly understands, we will definitively determine whether or not certain sacred cows are worthy of praise and alternatively if childhood favorites hold up or are better left in the past. The goal is to get you to rewatch old films you love, check out great stuff you haven’t and skip the overrated classics you’ve heard about but never got around to. This is a celebration of the stuff we love and a takedown of the shit we don’t. This is Double Impact! 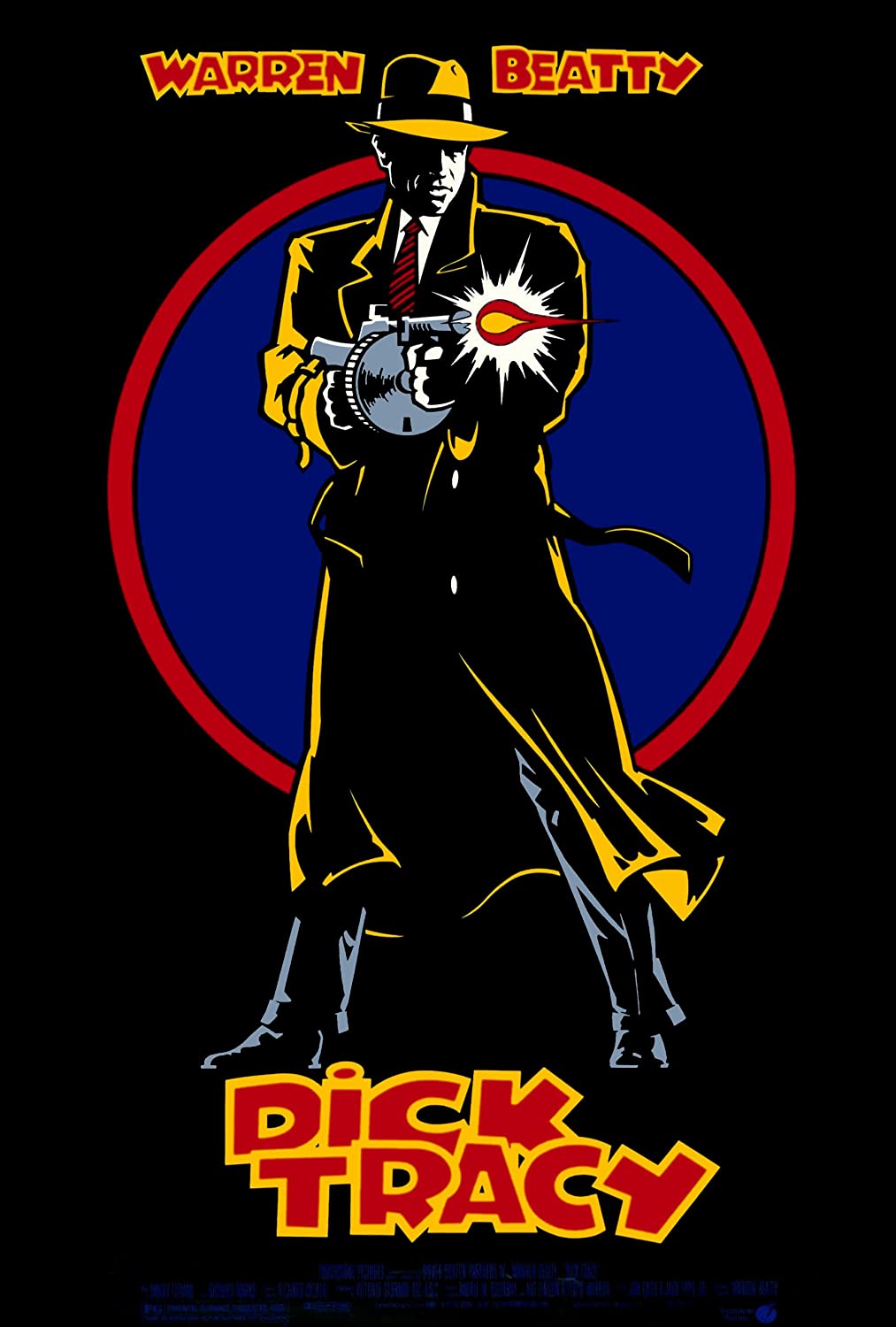 Kane: I really wish HBOMax would have the HBO signature be the same as the year the movie came out.

Sailor: What do you mean?

Kane: Have it like retrofitted. This movie came out in 1990 so have the HBO Signature from 1990.

Kane: It would be dope.

Sailor: You can always tell a Danny Elfman score.

Kane: Are we watching Batman?

Sailor: I love the makeup in this.

Kane: I remember watching as a kid and not knowing who half these people were because of the makeup.

Sailor: I still don’t know all of them.

Sailor: They need to make a comeback but laziness. 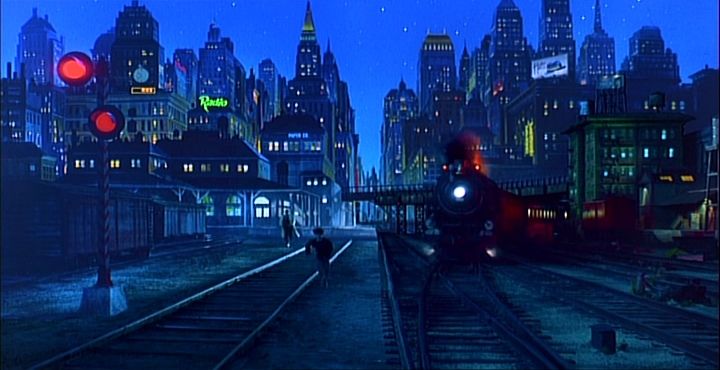 Sailor: I think he’s amazing in Bonnie and Clyde. That’s about it.

Kane: Agreed. He bores me.

Sailor: This has to be one of the greatest all-star casts of all-time.

Sailor: Oh and if you’re wondering why Beatty isn’t in makeup, the studio wouldn’t allow him to be.

Kane: Was Tracy weird looking in the comics?

Sailor: He looks like a less ugly Marv from Sin City.

Sailor: Rourke should have been nominated for that performance.

Kane: The kid is the worst thing about this movie.

Kane: He was awful in every movie.

Sailor: What else was he in?

Kane: He’s got the dead eyes. The mark of every crappy actor.

Sailor: How many movie stars does this movie have?

Kane: All of them.

Kane: The movie would have exploded if he were in it.

Sailor: Did you know Benicio Del Toro based his performance in Usual Suspects on Hoffman in this.

Kane: Interesting. This probably my favorite Hoffman performance too. He’s another one that never appealed to me.

Sailor: You hate all actors.

Kane: I didn’t say I hated him!

Sailor: Where did this one phone after being arrested bull shit come from? Because let me tell you, that ain’t real.

Kane: How do you know?

Sailor: I plead the fifth.

Sailor: You can see her nips through that! And this is a Disney movie.

Sailor: Beatty used to smash that.

Kane: Is Madonna one of the hottest ugly chicks?

Sailor: I would do things to her that aren’t PC.

Kane: You mean like calling her a butter face? That’s not PC.

Kane: That she does.

Sailor: We may need to take a break.

Sailor: I think Glenne Headly is fantastic in this.

Sailor: But it fits the tone of the film.

Kane: I know. It’s just not my cup of tea. It’s one reason I don’t like old movies sometimes. Their voices are grating.

Kane: Was he a big part of the comics?

Sailor: No the fuck he is not. I’m almost positive he’s not in the comic strips and if he is, he’s not a major part. I think the studio made him add him because Disney wanted a kid.

Sailor: We cutting the kid?

Sailor: I have someone in mind for Breathless.

Sailor: I have to something while Madonna is on screen or my pants are coming off!

Kane: Yours are still on?

Sailor: We may need to take a break.

Sailor: You can say that again.

Kane: Pacino is so great in this. 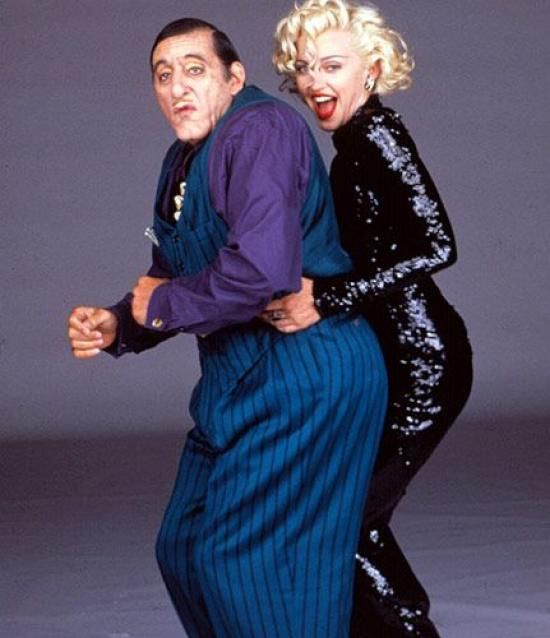 Kane: Is that Robert Duvall or the principal from Back to the Future?

Kane: Man, is it just me or did this movie start dragging a bit?

Sailor: It certainly did. The fun and energy is just gone.

Kane: It’s because the love story kicked in.

Kane: Our Dick Tracy remake needs to be more like John Wick.

Kane: I do have to point out this feels like 89 Batman.

Sailor: Very much so.

Kane: I wonder how close these two were to being made. Time-wise.

Sailor: This was definitely after because Beatty wanted Elfman based on his Batman score.

Kane: I love this shootout scene.

Sailor: This is what action-packed used to be.

Sailor: That’s his name. It’s been on the tip of my tongue the whole movie.

Sailor: I wonder who the Faceless guy is?

Kane: Big Boy even got the Joker send-off.

Sailor: What a shock. I’m shooketh.

Sailor: Back to boring love story.

Kane: He is the worst.

Sailor: Tracy or the kid? 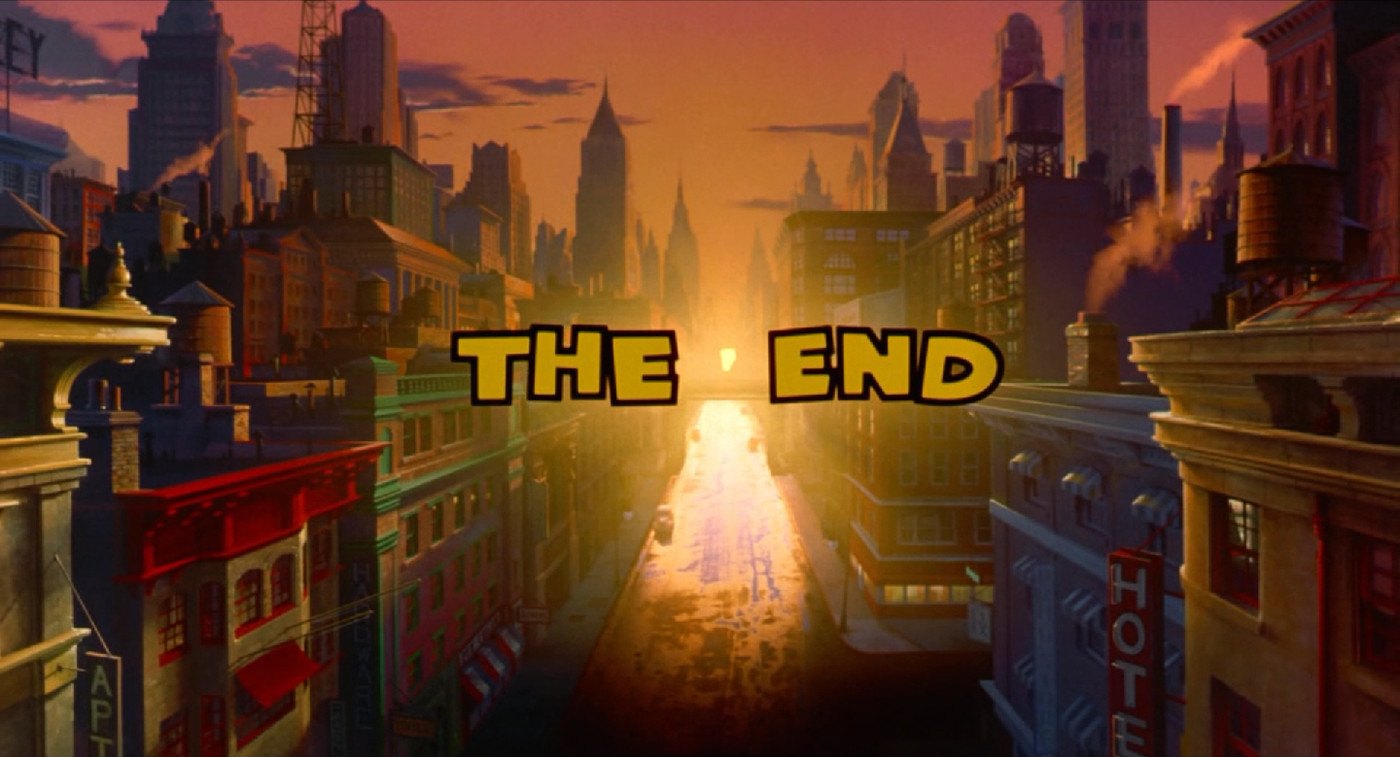 Double Impact! has decided to turn this into its own feature. Check back for our Dick Tracy FanCast post this Monday!

Sailor: Coming on the heels of Batman, Dick Tracy is an equally stylized comic book film that doesn’t get enough credit for helping create the visual template for genre going forward. I don’t believe many director’s or many films have aped this film’s style per se but I do believe it was one of the films to help legitimize the medium and proved that you could do comic accurate films without it being hokey. Beatty did a wonderful job bringing Chester Gould’s world to life. The art direction is amongst the best in cinema. From its eye-catching costumes to its outlandish make-up and matte paintings, the film feels like a living breathing comic strip. On top of that, the film boasts one of the finest casts ever assembled. It has nothing but A list actors and recognizable character actors, even in the bit roles. While not a perfect film (Beatty is a bit flat in the role, the kid is annoying and the film starts to drag before the third act), I do believe it’s an important one within the tapestry of comic book movies and is still one of the most stylish and best designed.

Kane: I agree. Seeing all the stars really hits the nostalgia button for me and there are parts where this is really fun. The matte paintings, the colors, and all the styles really pop. It’s a comic book movie that actually feels like a comic book movie. Pacino steals the show and each character had their own distinct style. That’s difficult to do. It drags a bit for me here and there and the kid brings down every scene he is in. However, this film needs more love.

What is your impression of Dick Tracy? Let us know some of your thoughts on the film!

Do you know I own Madonna’s Sex book?

That doesn’t surprise me, no.

She was a big deal back then!

I remember watching Body Double just because I heard showed dem jugglies. Man, that was awful.

But was it worth it?

What was your favorite music video of hers?

I don’t remember what the song was but she was wearing a leather bikini thingy.

They just don’t make stars like they used too.

Tell me about it. Nowadays to be a “star”, all you have to do is shake your ass for 30 seconds in front of your phone.

I blame the helicopter participation award moms. Sorry Carol but your glue eating kid isn’t as special as everyone else.

You know you ate glue as a kid.

I did no…so. Wait, why are we talking about me?!

Idk. I just picture you as the kid that would eat the macaroni off the construction paper and the popcorn Christmas tree decorations.

I feel so attacked right now.