Rob Zombie promised a full trailer for his new addition to the Firefly Family Saga, 3 From Hell. It arrived this morning with new footage while giving a glimpse to the plot and the aftermath at the end of 2005’s The Devil’s Rejects.

It looks like the movie picks up directly after Otis, Baby and Captain Spaulding somehow survive their “Free Bird” shootout at the end of The Devil’s Rejects. This “satanic recovery” leads to serving hard time with an inevitable escape to unleash their mayhem again, this time joined by Richard Brake‘s Foxy.

We all need more of Otis in our lives. He may very well be the finest philosophizer of the 21st century. 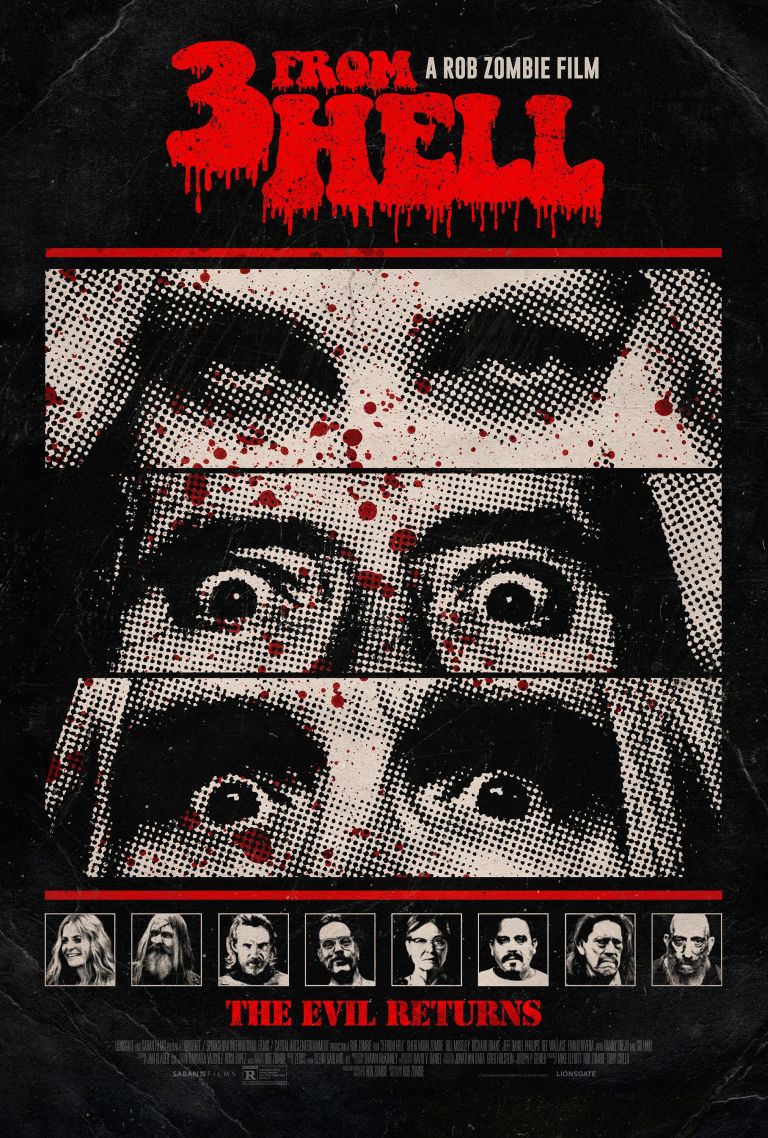 Lionsgate and Saban Films are unleashing 3 From Hell in nearly 900 select movie theaters on September 16, 17 and 18, 2019 through Fathom’s Digital Broadcast Network.

Alright wastelanders! Does seeing a full trailer get you anymore or less excited to see the return of these three degenerates? #freethethree