It’s Ryan Gosling’s birthday! To mark the occasion, here are 5 of his overlooked or lesser-known performances. Check some of these out!

In Lars and the Real Girl, Ryan Gosling manages to do the seemingly impossible when he makes us feel emotion for what is essentially a sex doll (aka Bianca). He plays Lars, a socially awkward single man who finds it difficult to interact with anyone outside of his brother and pregnant sister in law. Even that is a struggle. When he announces that he is bringing a special guest to dinner one evening, his family are over the moon. Not so much when Bianca is wheeled through the door. A commercial failure that grabbed plenty of critical acclaim, none of it would work if it weren’t for Gosling’s superb portrayal of the social outcast. 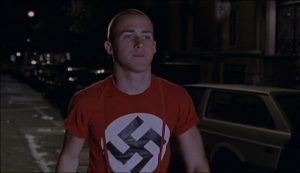 In The Believer, Gosling plays a fanatically violent neo-nazi, intent on taking down what he sees as Jewish dominance in America. At the same time, he has to battle some massive personal demons. Think First Reformed crossed with American History X. It’s completely different to anything Gosling did before or has done since. He is undoubtedly a bad guy with no apparent redemption arc in sight, and plays the role to perfection. A real gem in Gosling’s diverse library of films, The Believer isn’t an easy watch but it’s one definitely worthy of your time.

No film better showcases Ryan Gosling’s range than Blue Valentine. A gruelling marital drama where we see a young couple fall in love hard, and then out of love even harder. Paired with the equally fantastic Michelle Williams and told via a non-chronological structure spanning years, we get to see his character Dean as the cool attractive twenty-something, then moments later as a balding, downbeat, borderline alcoholic. A fantastic film all around, if a little soul-destroying. 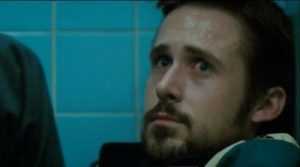 Although Oscar-nominated for his portrayal of a drug-addicted teacher in Half Nelson, Gosling’s performance still doesn’t quite get the acclaim it deserves. While the movie’s pacing can be slow at times, it’s impossible to take your eyes off the train wreck that is Dan Dunne. What helps make the overall film special is the bond he forms with his student Drey. You can’t help but feel for both as they try to help each other out of their respective troubles. All culminating in a heart-wrenching final scene.

The Nice Guys deserves a special mention due to it being one of Gosling’s few comedic roles. More often than not we see him as an emotionless tough guy oozing with charisma. In The Nice Guys he is anything but as he plays a goofy private eye tasked with investigating the disappearance of a missing girl. Partnered with tough guy Russell Crowe, his comedic timing is excellent and the facial expressions he utilises are hilarious. Shane Black has a history of writing top quality action comedies and The Nice Guys is no different – largely down to Ryan Gosling’s buffoonery.

What are some of your favorite films to feature birthday boy Ryan Gosling?