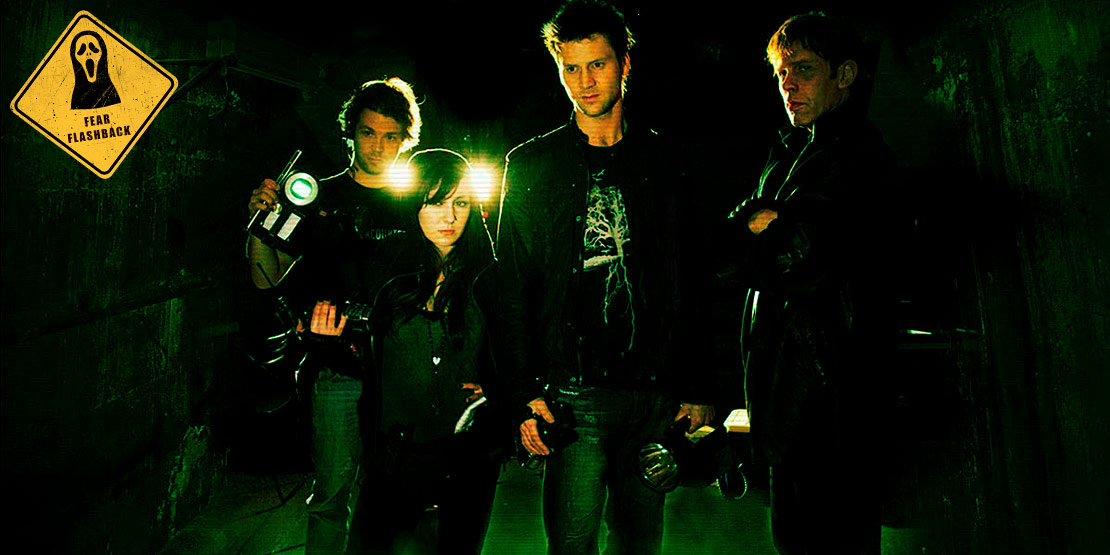 “This place is about as haunted as a sock drawer.”

Okay, so I’ve gone ghost hunting with Jason and Grant, from the Ghost Hunters show. The circumstances involved an inn they own in New Hampshire and tickets for a ‘hunt with the Ghost Hunters‘ event that my Mom ended up not being able to go to. So we headed up there with my brother Scott and his wife Chrystal and wandered around the snowy environs taking EVPs and talking to ghosts via an EMF reader. Not something I would have paid to do, but it was terrific fun nonetheless.

The point is – I was watching the Ghost Hunters show when Grave Encounters first crossed my viewing path and I think I appreciated it all the more for the connection.

There was a time when I was pretty much just grudge-watching found-footage movies. I knew I was in for nothing but cheap, terrible films featuring awful people running through the woods and arguing in green-lit night vision. It’s a weakness – like my love of Moxie – that I can’t seem to shake. Even now I’ll find myself choosing to watch a found-footage film – like Atrocious, for instance – even though I know it’s going to be… well, atrocious. 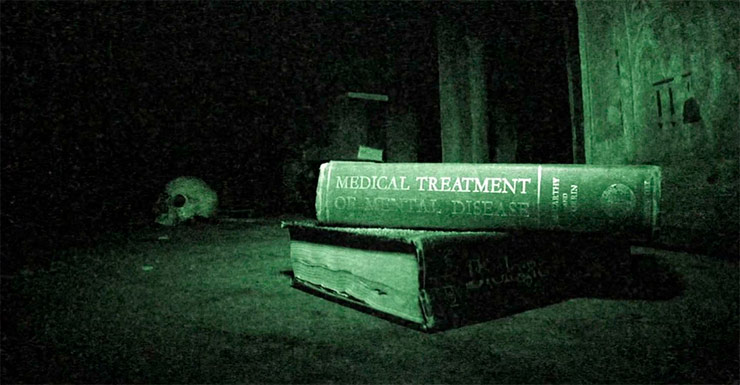 In that endless parade of dimly-lit shaky cam Grave Encounters was a bit of a bright light. It still contains all the things that make a found-footage film: the night vision, the conveniently placed cameras, the arguing while walking, the insistence on running the camera long after anyone sane would have abandoned filming – but it’s all used in the service of the story, with only a few missteps along the way.

The Medium
Grave Encounters is streaming on Prime. It’s also free (with ads) on Vudu, as well as available for rent and purchase at the usual places. There’s a bare-bones DVD, but no Blu-ray, which is probably for the best. (The sequel has a Blu release, but I’ve never seen it.)

The Movie
Grave Encounters is actually the title of a television series and the footage is presented as material found after the film crew disappeared while taping their sixth episode. The episode was to have featured the crew investigating a supposedly haunted mental asylum called the Collingwood Psychiatric Hospital (a completely fictional place, as opposed to the Danvers Hospital in Session 9). This material is presented as ‘what really happened’ and isn’t ‘modified or tampered with in any way.’ 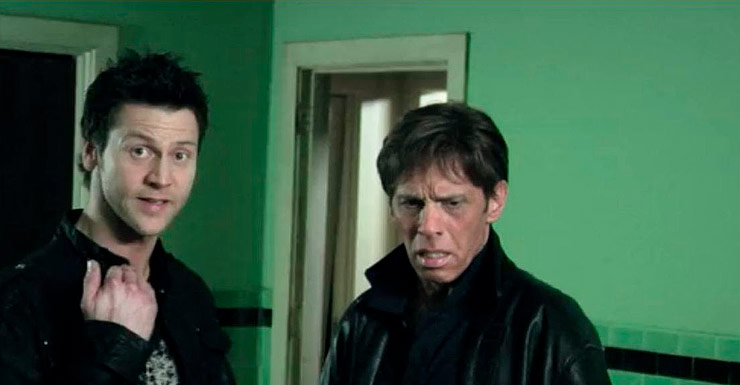 The initial footage introduces us to the Grave Encounters crew – host Lance Preston (Sean Rogerson), occult specialist Sasha (Ashley Gryzko), tech-guy Matt (Juan Riedinger), cameraman T.C. (Merwin Mondesir) and later medium (and out-of-work-actor) Houston (Mackenzie Gray). We get just enough time with each to form a quick impression and then we’re off to the ghost-hunt races.

I was actually already enjoying the film at this point. I liked the way they included out-take footage of the crew trying to get the best shot or the right intro and paying the gardener to lie about seeing ghosts on the grounds. While none of the characters is ever more than a line or two deep, the actors are likeable enough and I could distinguish each one from the others – not something I can say for a lot of found-footage films.

The deal for the episode is that the whole crew will be locked in for the night. The setting is creepy enough, but I’ve seen so many ghost hunting TV episodes that I was ready to fall asleep as they covered the standard moments – setting up the fixed cameras, taking EVPS, explaining all the equipment and what each minor thing means. Once the actual weird stuff starts happening, though, I started paying closer attention. 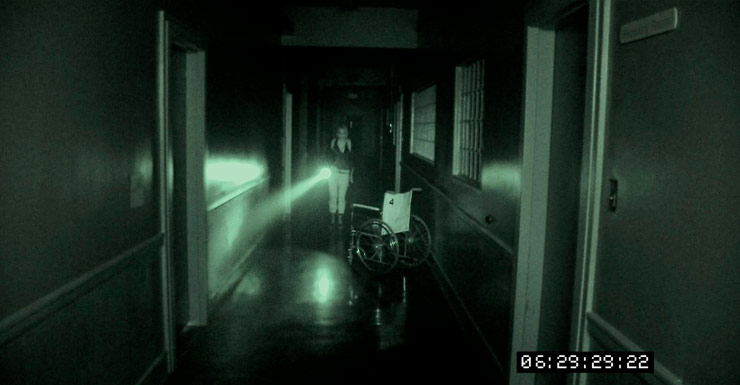 Because of course the asylum is actually haunted. Otherwise it really WOULD be like any given episode of Ghost Hunters. (They even have minor events that they plan to blow out of all proportion.) And my favorite thing is that when stuff really starts to go wrong their reaction is “okay, let’s get out of here.” Sure, Lance is all “we’re getting something real!” but the others are done once they’re actualy interacted with by some presence.

And then the movie kicks up a notch. Because when they finally get tired of waiting for the caretaker to let them out and bust down the front door… it just opens on to another hallway. Not only that, but despite it being early morning it appears to still be night outside. 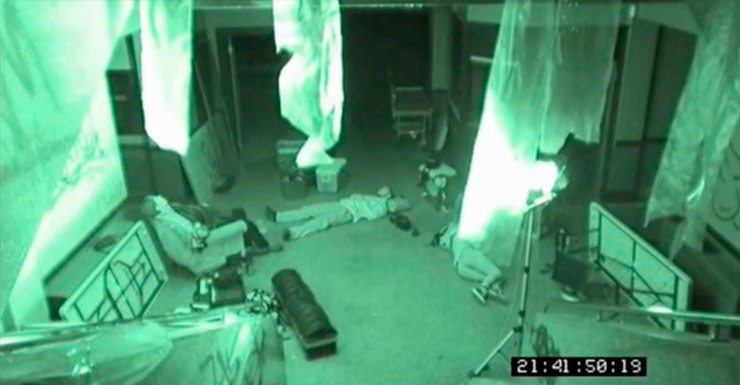 There’s a lot more movie after this moment, but that was when it really elevated itself above the average found-footage film for me. My favorite part of The House of Leaves is the whole Navidson Record section and I could well imagine a minotaur presence following the crew around the maze they find themselves in.

Special effects are pretty standard for a found-footage film (though good enough for Yellow House to steal), but they’re used sparingly and well. There’s a cool moment with a bathtub full of blood and some accumulating weirdness in photos that I liked. The ending is a little abrupt, but I also wasn’t sure where else they could go so (despite the cheese of the final line) it works for me.

The Bottom Line
While it doesn’t reach the heights of films like [REC], Grave Encounters is one of the better found-footage movies I’ve seen. If you can get past the standard tropes of night-vision, arguing and walking long distances down similar looking hallways there’s plenty of creepy fun to be had.