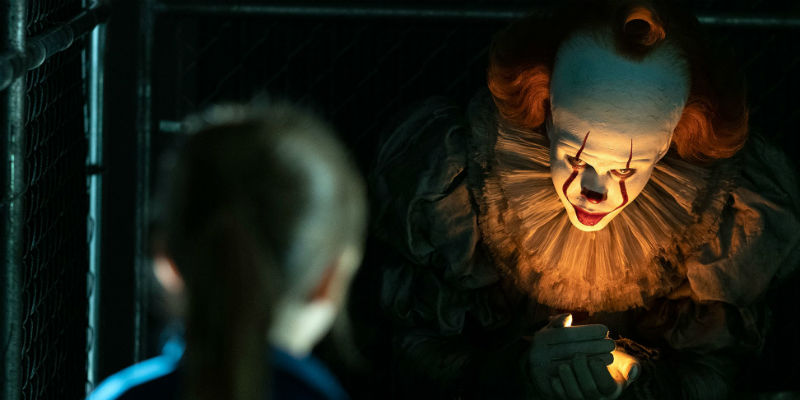 If there was one thing I was anticipating more this year than Stephen King’s new novel, The Institute, it was IT Chapter Two. I absolutely loved Chapter One, mostly due to the fact that the child actors in the film were the epitome of The Losers’ Club in my eyes. They inhabited their roles so effortlessly. Yes, I had some minor gripes with Chapter One, but director Andy Muschietti seemed to understand the fact that IT was not horror… not really. IT was a coming of age story, one about the bonds of friendship and the pains of growing up.

And Muschietti continues that theme in Chapter Two. 27 years after their blood oath to return to Derry should Pennywise ever return, the disappearances and murders start up again and Mike Hanlon (Isaiah Mustafa) calls on his childhood friends to come home and put an end to It once and for all.

As with most book adaptations – especially King’s adaptations – there were some noticeable changes from book to screen. I know how bonkers the Ritual of Chüd is in the book and it does feel like one of those things that are impossible to film properly. So some of the changes to the movie were understandable, and thankfully, still made sense to a Constant Reader like myself.

“You know what they say about Derry. No one who dies here ever really dies.”

Changes aside, the cast was also phenomenal. Bill Hader, who plays Richie, is getting most of the accolades, and deservingly so. He is the perfect combination of comic relief and heart and Hader proves once again that he’s capable of some amazing dramatic range (fans of Barry will have already known this, of course). But I want to give some major credit to James Ransone as Eddie. Not only in terms of appearance, but Ransone nailed Jack Dylan Grazer’s mannerisms and speech patterns to a tee. He also has some of the best lines in the film.

That’s not to say I found the rest of the cast lacking. Mustafa, James McAvoy, Jessica Chastain, and Jay Ryan were all wonderful and matched perfectly with their younger counterparts – even Andy Bean shined with what limited screentime he had. I know a lot of people had their dream cast for Chapter Two, but having watched the film, I find it difficult to imagine anyone else in these roles now. I felt like Chapter One couldn’t work without the right kind of chemistry between the actors, and the same could absolutely be said about Chapter Two, maybe even more so. But once the characters are together and they begin to remember the events from 27 years ago, that familiarity sinks in and the bond that was forgotten resurfaces.

Once again, Bill Skarsgård brings it as Pennywise. He carries an intense amount of malevolence in this film, using the Losers’ adult secrets and insecurities against them while still playing on their childhood fears. Pennywise is a character where the one portraying him/her/it just has to be able to let go of all control and devote 100% to the role and I think Skarsgård does it brilliantly, perfectly balancing the goofy charm needed of a clown to lure in the children, and the crazed mania of a monster hellbent on feeding from Derry.

If I have to list my gripes, it’s simply that I wasn’t thrilled with the CGI. Some of it was really obvious and jarring, though I think they did a great job in the de-aging process of the flashback scenes with the kids but for one or two brief scenes. I wish they would have not used a CGI monster for the Kersch scene – in my opinion, it would have been much more frightening and effective if they had kept the old woman as is, but made her decaying as she attacked Bev.

I also feel like the return of Henry Bowers was a bit underwhelming, but what little role he did have was very effective and Nicholas Hamilton and Teach Grant did a phenomenal job with what they were given.

There was a lot of grumbling about the runtime nearing three hours, but I didn’t feel the length at all. It felt briskly paced and there is very little downtime in terms of action.

There are also a couple of cameos in the film – including a wonderful scene between Stephen King and James McAvoy that ends with a fun poke at the criticism that King can’t write a good ending. In fact, King readers will probably enjoy and appreciate a lot of the easter eggs Muschietti hid in the film for them.

Muschietti gave me a movie that I feel stayed true enough to the book to make it successful in my eyes. It’s always been difficult for Hollywood to faithfully adapt King’s novels, and some King fans are going to be disappointed with IT Chapter Two, understandably so. It’s not a perfect film, and it has some obvious flaws, but I think if you liked IT Chapter One, you’ll be satisfied with this conclusion.

Ultimately, so many of us know what it’s like to have friends at that young age, and then to grow up, move away, grow apart… forget. The dramatic themes of childhood, friendship, and adulthood are so very strong in IT and I think I enjoyed the movie as much as I did, despite its issues, because Muschietti was able to convey the parts of the novel that mattered the most to me.

Simply put, nobody writes childhood like Stephen King. And it was refreshing to finally see an adaptation (excluding The Body/Stand By Me, of course) that truly understands that.