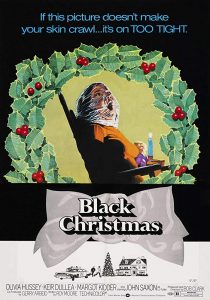 Plot: During their Christmas break, a group of sorority girls are stalked by a stranger.

Sex and Violence: Plenty of kills but there’s not much blood