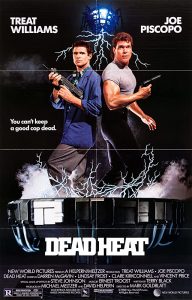 Plot: A cop and his undead partner must chase down the diabolical villain who killed him.

Sex and Violence: Some fun splatter effects and some mild nudity