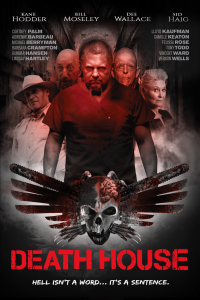 Directed by: B. Harrison Smith

Plot: During an exclusive tour, a power breakdown inside a secret prison known as the Death House sends two agents fighting through a labyrinth of horrors while being pursued by a ruthless army of ruthless inmates.

Country of origin: The deepest parts of cinema hell