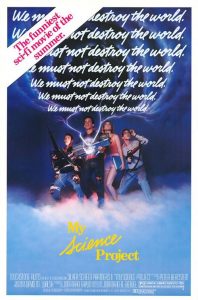 Plot: A high school student and his friend find a strange, orb-like piece of equipment to use as a science project, but must stop it when it begins to threaten mankind.

Sex and Violence: No violence but a man’s bare chest is shown. You know, for the ladies.