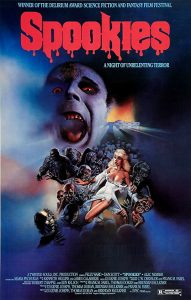 Plot: A sorcerer tries to sacrifice a group of people inside his house with the intention of using their vitality to keep his wife alive.

Sex and Violence: Some spooks, some shocks but not blood or tits.