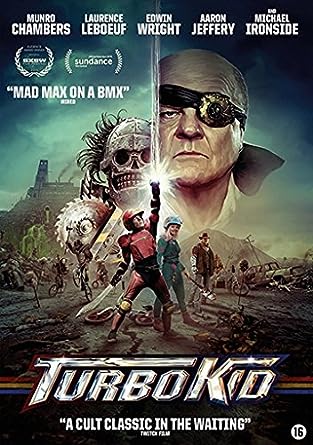 Plot: In a post-apocalyptic wasteland in 1997, a comic book fan adopts the persona of his favorite hero to save his enthusiastic friend and fight a tyrannical overlord.

Sex and Violence: One topless woman and plenty of violence & gore!