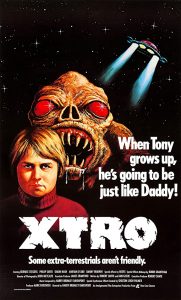 Plot: A man who was abducted by aliens returns to his family three years later, but his presence affects them negatively.

Sex and Violence: Some titties, some blood and a whole lotta WTF