Netflix has finally released an official trailer for The Devil All The Time starring Tom Holland, Robert Pattinson and Sebastian Stan.

Based on the novel by Donald Ray Pollock, the film centers on group of sinister characters who converge around a young man as he fights those evil forces that threaten him and his family. I gotta say this trailer really has me looking forward to the film. It almost has a There Will be Blood vibe to it. The cast and performances looks phenomenal and I’ll be watching this as soon as it hits.

The film is directed by Antonio Campos Simon Killer who co-wrote the script with Paulo Campos and produced by Jake Gyllenhaal, Randall Poster, Riva Marker and Max Born. The film was shot in early 2019, so it’s good to see it finally come out.

Set in Ohio between the end of World War II and the beginning of the Vietnam War, the film follows a non-linear story-line of various disturbed people who suffer from the damages of the post-war, and crime. 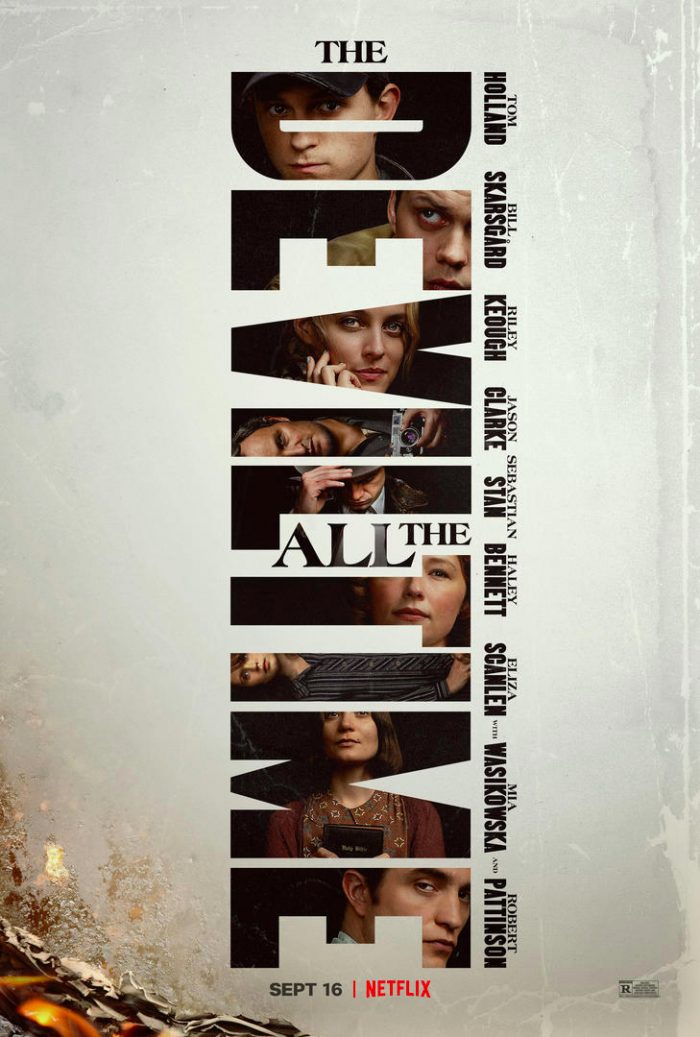 What do you guys think? Interested in seeing this at all? I’m really looking forward to this one.