Warner Bros. has released a new trailer for Annabelle Comes Home, the third in the Annabelle franchise and the seventh film to take place in the Conjuring Universe.

In the newest trailer we get a lot more of Ed and Lorraine Warren than in the initial trailer released in March. The Warrens, played by Patrick Wilson and Vera Farmiga, are seen initially bringing Annabelle home. They lock her up in a glass case and have it blessed by a priest to keep the doll’s evil contained.

One evening they leave their daughter Judy (Mckenna Grace) to a curious young babysitter and her friend who sneak into the room to have a look around. Annabelle’s horror is then unwittingly released into the house, along with the other cursed and demonic items the Warrens had locked away.

I personally think that Annabelle: Creation is the second best movie in the Conjuring Universe after The Conjuring, and with Wilson and Farmiga back and (somewhat) front and center here, I’m hoping that the film will avoid the blandness given to us by The Nun (2018) and The Curse of La Llorona (2019).

Determined to keep Annabelle from wreaking more havoc, paranormal investigators Ed and Lorraine Warren lock the possessed doll in the artifacts room in their house. But when the doll awakens the room’s evil spirits, it soon becomes an unholy night of terror for the couple’s 10-year-old daughter, her friends and their young baby sitter. 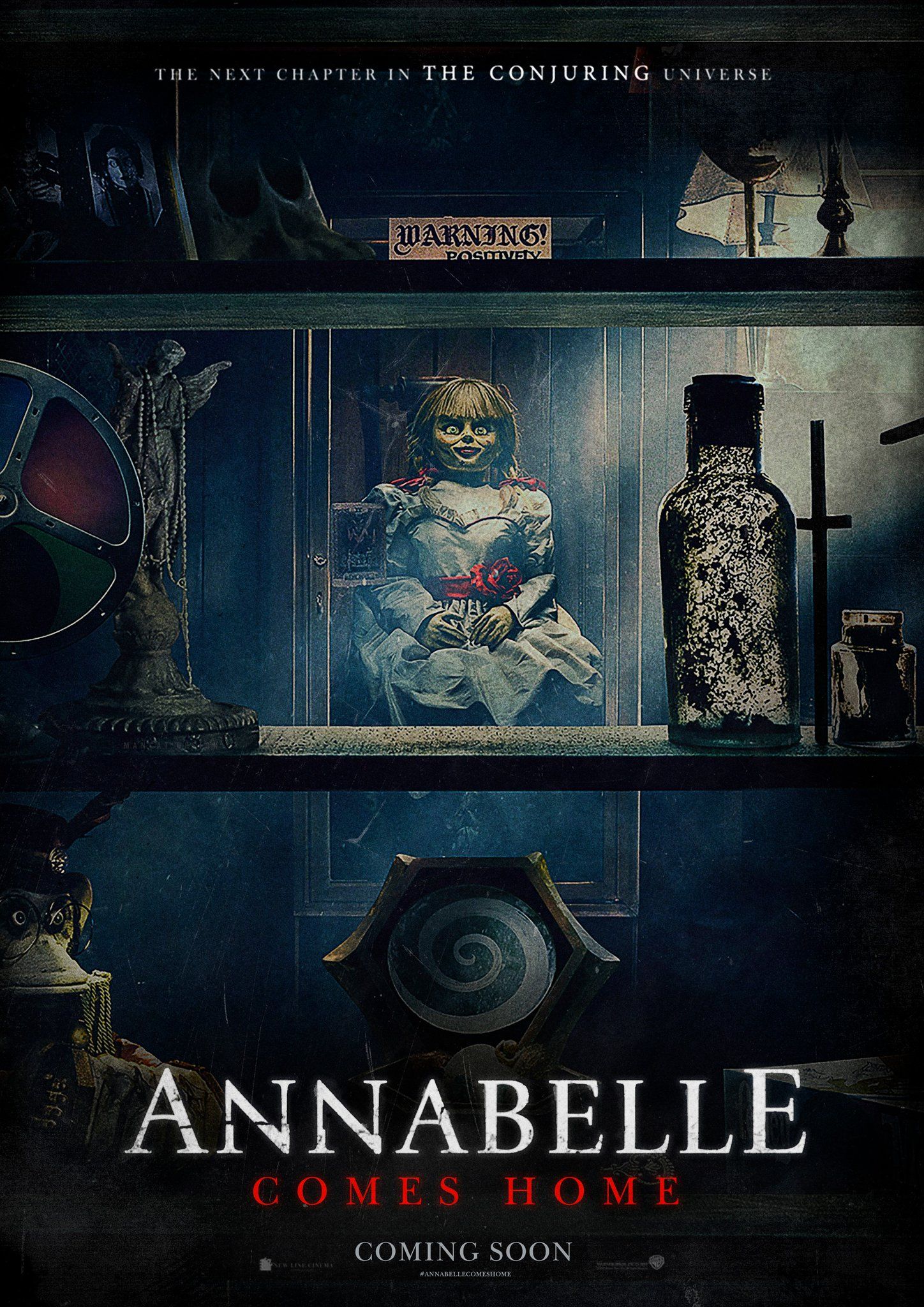 Annabelle Comes Home will be unleashed in theaters June 26, 2019.

After the recent duds given to us by the Conjuring Universe, do you plan on giving Annabelle Comes Home a shot?