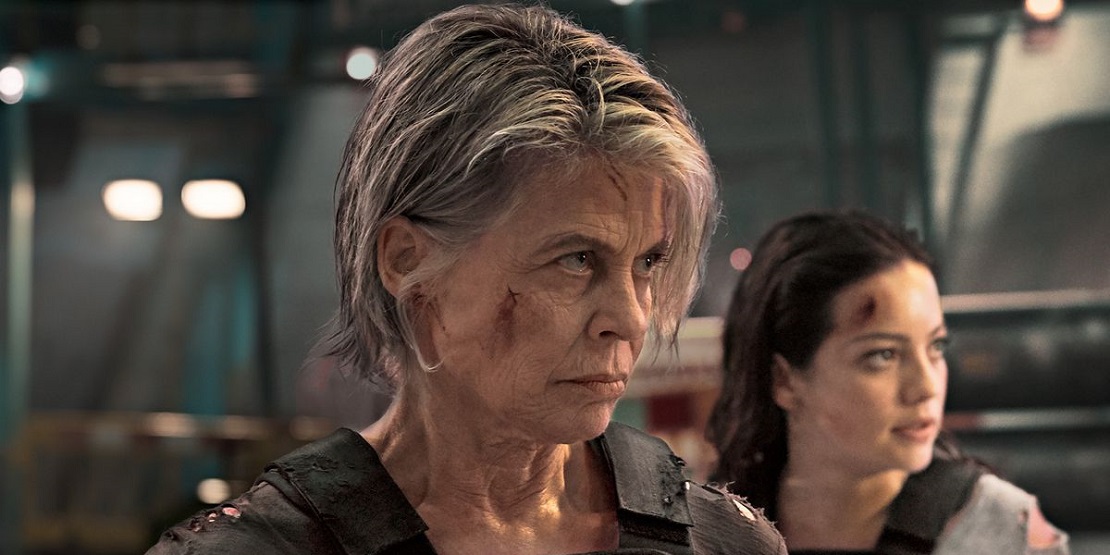 Well what do you know … early reviews for Terminator: Dark Fate are coming in and they seem to be pretty positive overall. Not that any of these reviewers are trying to get their quotes on some box art down the line or anything. But hey, maybe I’m wrong.

“The movie, directed with gritty rock-solid craft by Tim Miller (“Deadpool”), marks the return of James Cameron to the series (as executive producer) for the first time since “Terminator 2: Judgment Day,” and at moments the film almost seems to be saying to its fan base, “Okay, we admit it, the last three ‘Terminator’ films sucked. They were action-movie fodder of diminishing returns, movies that spun their own wheels. So guess what: Forget all about them. Pretend they never existed. This, take our word for it, is the real third installment of the series.” That kind of thing can become its own form of hype, but in this case it’s a promise the movie takes to the bank. “Dark Fate” is a lean, tough, and absorbing sequel that taps back into the enthralling surface of the “Terminator” series’ comic-book kinetics as well as the sinister sweet spot of its grandiose pulp mythology.”

“Director Tim Miller’s exciting and breathlessly-paced film succeeds in introducing new protagonists for us to cling to, namely Natalia Reyes’ Dani Ramos and Mackenzie Davis’ Grace. Reyes is basically this film’s answer to the 1984 original’s Sarah Connor but with some key deviations, while Davis’ cybernetically augmented super-soldier is sort of the Kyle Reese equivalent as her selfless protector. Both actresses shine in their dramatic and action scenes. Reyes, in particular, hasn’t been at the forefront of pre-release press for this film, but she nearly steals the show. Mackenzie Davis also delivers a bravura action heroine turn here, kicking lots of ass yet never losing sight of the human, emotional core driving her character.”

“Terminator: Dark Fate is a perfectly exciting popcorn flick, one that expectedly focuses more on thrilling action than thoughtful discussion of race and gender in modern America. It is, otherwise, an incredible return to form for the franchise. Dark Fate is the Terminator sequel fans have waited nearly 30 years for – and, thankfully, it’s well worth the wait. The action spectacle perhaps warrants a viewing in IMAX, though that will make the rougher CGI moments stand out more. Ultimately, Terminator: Dark Fate delivers pulse-pounding action, some sci-fi thrills and plenty of badass moments for original stars Hamilton and Schwarzenegger.”

Based on those statements, not only is Tim Miller’s film a thrilling blockbuster, it’s also easily the best Terminator movie since Judgment Day. But really, that’s not saying much now is it? The three movies they are choosing to ignore have been pretty much crap. But apparently the re-teaming of Schwarzenegger and Hamilton rejuvenates the flailing franchise. Old people and rejuvenation … who’da thunk it?

Not every review of Terminator: Dark Fate is screaming its praise, but I guess the negative ones are so few that the positive ones outweigh it pretty heavily. I’m still pretty hesitant about it all, even with James Cameron and the gang back. Parts of the trailers I’ve seen basically look like scenes from the last three movies and that doesn’t really give me much hope. I know basing things of the trailer isn’t the best way to go, but I just don’t feel like spending good money on something I’m unsure about. That being said I’m totally going to see The Rise of Skywalker in the theater, so I guess I’m a bit of a hypocrite. So be it.

“This is another unsteady piece of franchise recycling, never really deciding whether it’s continuing the story of familiar icons or launching a new adventure.”

“Though Dark Fate gets more engaging as it goes on (an escape from a disabled plane is a low-gravity highlight), its sci-fi ideas mostly amount to a listless skimming of hot-button issues.”

“Terminator and Terminator 2: Judgment Day… still stand as a near-perfect story paring. Their stories certainly never needed to be continued but, as this is Hollywood and the franchise wheels are ever-turning, if they had to move forward, Dark Fate is finally the followup they deserve.”

Ultimately I’ve been burned enough by this franchise. The same goes for most of the reboot-quels from other franchises these days, that honestly I will just wait to see this (if at all) when it hits Netflix or what ever new streaming service is out six months from now.

Terminator: Dark Fate is back in theaters November 1, 2019.

What do you guys think? Interested in seeing this at all?  Or are you over it all too?