Fans of the Hanna-Barbera live action kids show will hopefully all be horror fans by now because The Banana Splits are back! Terrifying, bewildering, wrong in all the right places. Enjoy!

It goes (and I mean it absolutely and completely goes) without saying that there is some Five Nights at Freddy‘s inspiration going on here, which was inspired by real world themed restaurants which were probably often inspired by The ‘Splits. It’s a circle of terror.

But I’ve got to hit this from a somewhat blind angle; I’ve never actually seen The Banana Splits and I’ve never played Five Nights at Freddy‘s or the sequels. This is because I’m a sane human who likes sane things and even as a small child I didn’t need blood splatter effects to know that hulking felt figures with giant smiles were invented by The Elder Gods of the Outer Dark.

Even Jim Henson worked that one out and I’m pretty sure he was trying to populate his own country with puppets.

So, to fans of The Banana Splits: you get what you goddamned deserve.

A boy named Harley and his family (brother Austin, mother Beth, and father Mitch) attends a taping of The Banana Splits TV show, which is supposed to be a fun-filled birthday for young Harley and business as usual for Rebecca, the producer of the series. But things take an unexpected turn — and the body count quickly rises. Can Harley, his mom and their new pals safely escape? 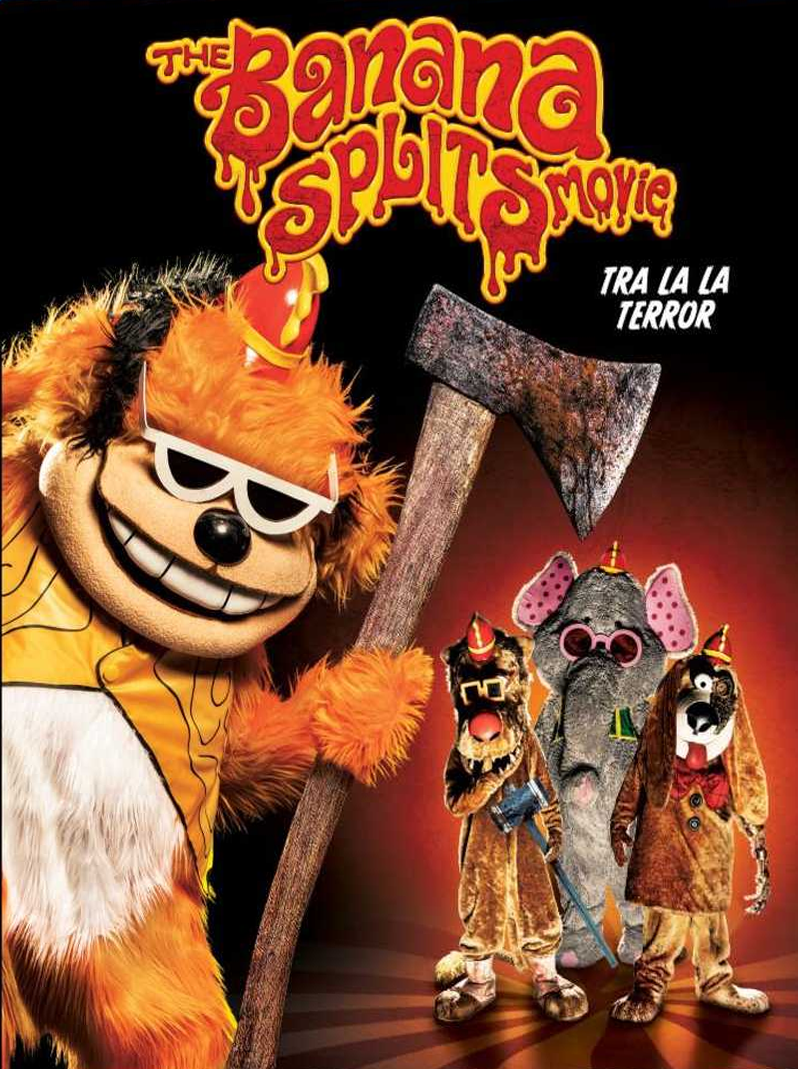 Who in the Wasteland is a fan of The Banana Splits? Sound off in the comments section below!