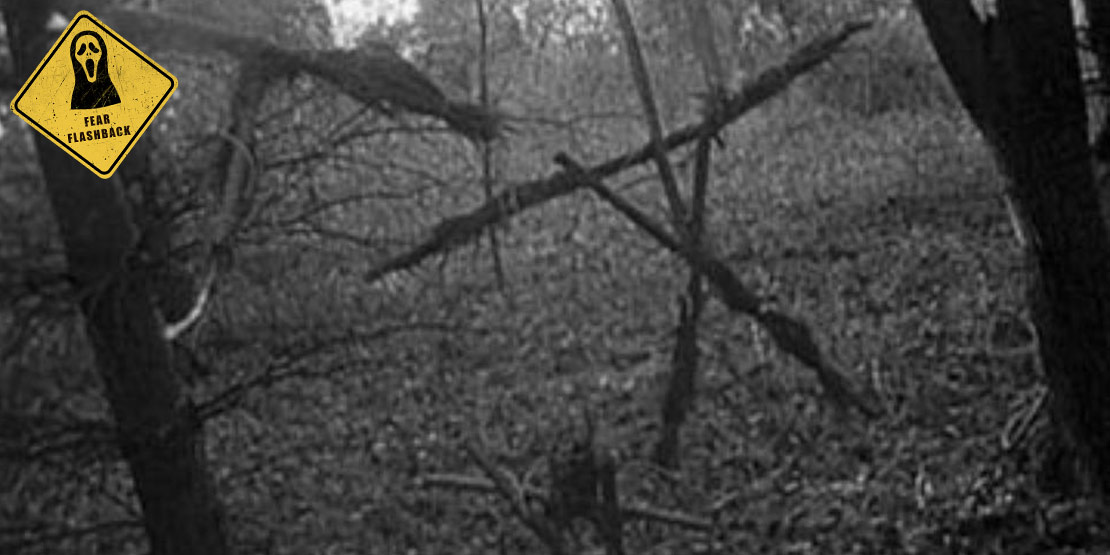 It’s been over twenty years since The Blair Witch Project was first released. That doesn’t seem possible. Twenty years? It’s true, though, and we’ve been living with the fallout all that time.

The found footage movie wasn’t invented by Blair Witch (see Cannibal Holocaust or maybe even The Legend of Boggy Creek as contenders for that title), but it certainly came into its own with Blair Witch’s debut. Like Friday the 13th, it took an existing type of film and codified it, laid down the format – for good or ill – that most found footage movies have followed since. Shaky camerawork, an isolated group, lots of pointless arguing and running. SO much running. 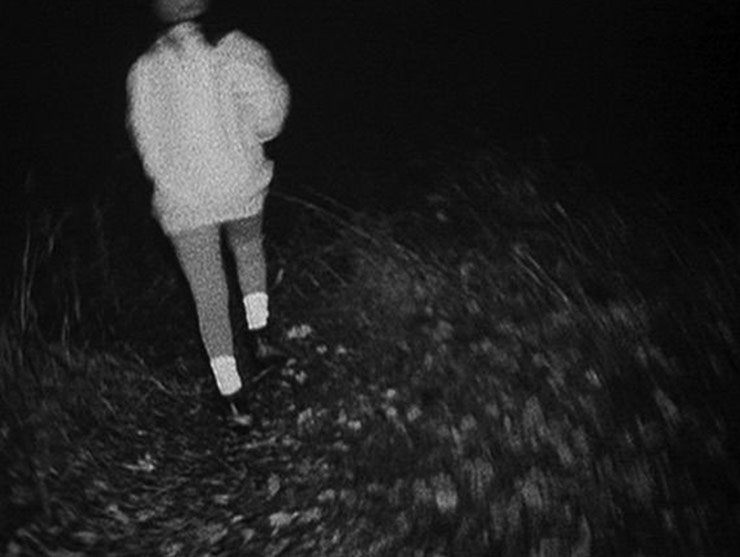 Since then we’ve had some good found footage movies ([REC], Paranormal Activity), some bad (Atrocious, The Fourth Kind) and mostly a grab bag of mixed results (Cloverfield, Diary of the Dead). For years I’ve been expecting found footage to fade away, but with the release of films like As Above, So Below and They Are Watching it seems like it’s going to be around for a long time yet.

So what about the movie that started it all? My own history with Blair Witch is a little complicated. I bought pretty heavily into the pre-release hype. Not in a “it’s a true story!” way – though I did know people who thought that – but in a “wow, look at the way they’re integrating the internet and other media into the marketing” way. It was really the first film to use what we ended up calling Viral Marketing, and they did it brilliantly, especially given that there was almost nothing in the way of social media back then. I dug through the websites, I watched the Curse of the Blair Witch ‘documentary’ on the Sci-Fi Channel (before it was SyFy). I even bought the Blair Witch Dossier book, which was supposed to be documents pertaining to the investigation of the filmmaker’s disappearance. The book was quite fun and I was pretty primed to enjoy the movie when I finally got around to seeing it. 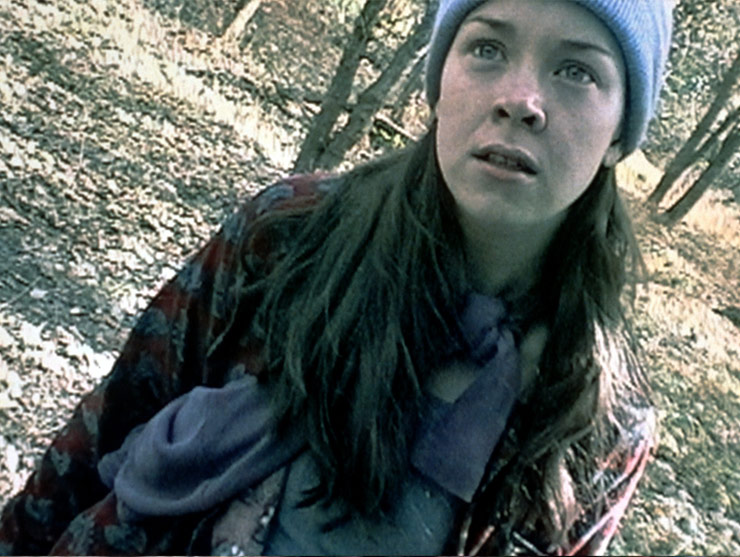 Unfortunately, I saw it at a second-run movie theater in Portland, Maine, and the projectionist was unaware that the movie was supposed to be shown in its original aspect ratio. Shot on 16mm and video tape the movie was filmed in 1:33:1, but the projectionist blew it wide. So I ended up watching a bunch of enormous asses walking away from me for an hour and half. It made it hard to take seriously, and I came away disappointed.

The consensus since then seems to have dismissed The Blair Witch Project as a mediocre film that happened to hit at the exact right time and in the exact right way. (I say that, though the movie currently has a rating of 87% on Rotten Tomatoes). I have friends who are of the opinion that it isn’t even truly a horror movie, because there’s nothing in it that’s really scary. Certainly that’s the way I came to view it – as the progenitor of a sub-genre that went on to spawn much better and more frightening films. 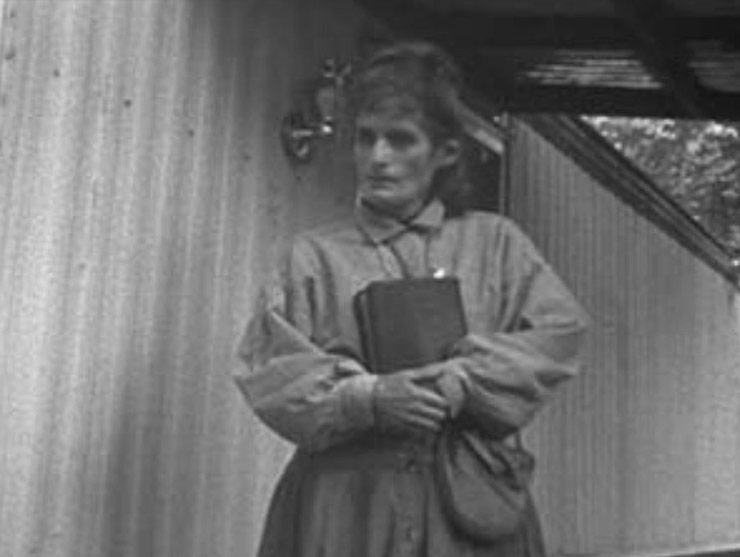 The thing is, I think that the pop cultural impact and time has dulled our appreciation of the actual movie. It’s been copied, parodied and discussed at length. The drawbacks in filmmaking, acting, editing, pacing etc. have also been gone over again and again. It’s the pieces I used to dismiss – so a few years back I decided to re-watch and see if the whole was better than I remembered.

I’m happy to say that yes, I had been unfairly maligning the film. The very things that I used to make fun of – bad framing, poor focus, repetitive conversations, shaky camerawork, even that up-the-nose confessional – all of that actually helps create the feeling that this is a real thing. That this could be cobbled together out of footage shot by a group of film students who were barely capable of handling their equipment. There are sections of the movie that are completely devoid of image – it’s just a black frame with very, very faint noises. I find myself leaning forward at those moments, trying to make out distant sounds.

The Medium
I watched The Blair Witch Project on Amazon streaming. Despite owning such cinematic masterpieces as Frogs and Thirteen Ghosts I somehow never wanted to pick up a copy. It’s listed as being in HD, which makes me laugh, as it’s low-quality 16mm footage and videotape, but the picture was clear and the sound was good. I need to pick up a copy – I think I’ve seen the DVD going for as little as $1, and I think it’d be worth it for some of the extras.

The Movie
The Blair Witch Project, as the opening credits announce, is presented as footage recovered after the disappearance of three young people who were filming a documentary on the Blair Witch – a (fictional) legend about a woman and her vengeance against the town that drove her out. 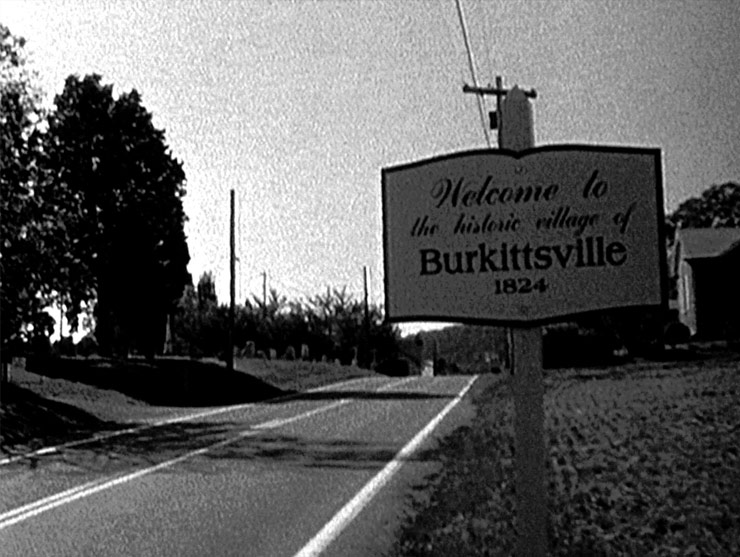 There’s no attempt, beyond that opening statement, to outline a story or narrative beyond that which is represented by the footage. There’s no framing sequence or documentary-style interviews with family, friends and colleagues. That stuff exists – it was part of the marketing of the film – but it’s not shown within the context of the film itself. I had read The Blair Witch Dossier before watching the film the first time and I re-read it this time to be in the same frame of mind. I also re-watched the Curse of the Blair Witch documentary. I think it actually enhances the viewing process and they’re both recommended. It makes things creepier.

The majority of the film, after some introductory footage in and around the town of Burketsville, revolves around the three filmmakers being lost in the woods. As time goes on and they get more desperate it becomes apparent that they are being stalked by someone or something. They hear voices in the night, find weird conglomerations of sticks and piles of stones (I have one friend who can’t look at rock walls without a shudder) and even endure an attack on their tent. There’s no real overt violence – though there is some blood – it’s just a slow-burn of creepiness that ratchets up over several days.

I’ve quite enjoyed some of the found footage films that have been made since 1999. [REC] is probably my favorite, but I liked Cloverfield and Grave Encounters, as examples. The thing about these movies, though, is that they’re well made. Somehow the camera, shaky as it is, manages to catch exactly what’s needed. It’s always on when the action happens. The faces are clear and completely in-frame. The thing that I like about Blair Witch is that sometimes the camera is pointed at the floor. Sometimes things aren’t in focus. Sometimes there’s no light. Sometimes there’s condensation on the lens. It’s not perfect, it’s so much like what it purports to be – amateur footage shot by young people with a lot of problems. 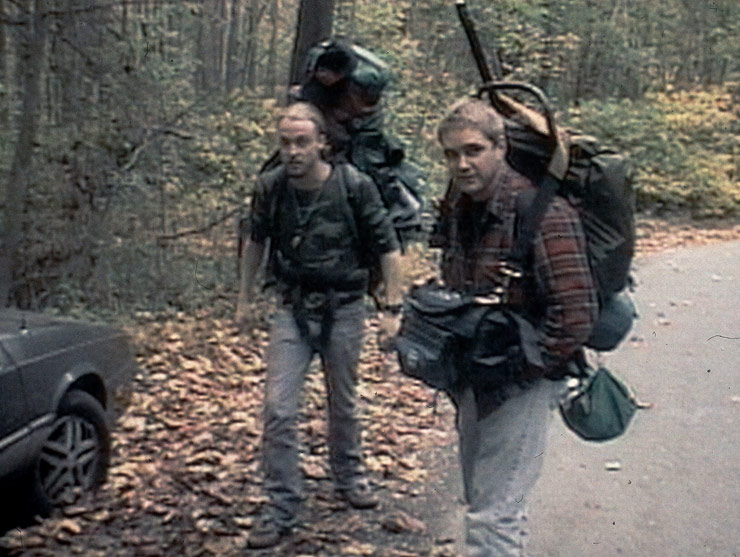 Even the acting, often derided as a very bad (I think Donahue actually won a Razzie that year), strikes me as being mostly realistic. These are people that know they’re being filmed and as the movie goes along the acting actually gets better and better as they stop caring so much about how they appear on film.

It’s not perfect. It drags sometimes. The acting is uneven, and Donahue in particular has a few dud moments. However, as a whole I think it’s extremely effective. By the time we reached the end sequence and the house I’d bought into their tension so completely that I had to refrain from yelling at the screen, “don’t go in the basement! What the hell is wrong with you!” 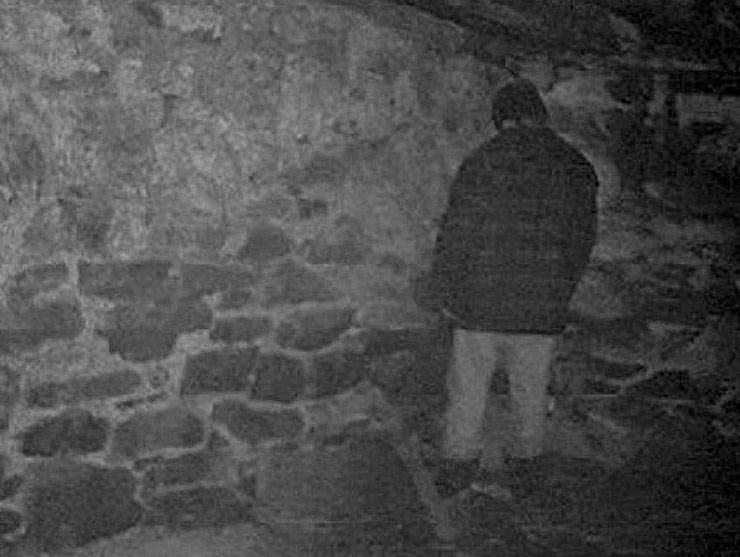 The Bottom Line
I always enjoy taking another look at this film. It’s a lot better than it appeared on my initial viewing and there are things that it does that no other found footage film has done as well since. It feels real, which is the point of these things, and all the amateurishness actually enhances that feeling. If you haven’t seen The Blair Witch Project in a while it might be worth a repeat viewing.

Afterword
At the time The Blair Witch Project was released I think the consensus about the ending was pretty clear – the characters had run afoul of Elly Kedward and/or the ghost of her pawn, serial killer Rustin Parr. Since then there have been a small but vocal group who insist that there’s nothing supernatural going on in the film, and that Josh – or Josh AND Mike – are the culprits, perhaps with the help of locals.  There may be enough ambiguity in the film itself to read between the lines like that, but having partaken of the surrounding material It’s pretty obvious to me that something supernatural is going on. What about you, though? Did you think it was real? Did you think it was the witch? Or did you think it’s all explainable without resorting to a single supernatural explanation?