” I wish the dead could come back to life, you bastard, so then I could kill you again!”

Do you folks have ‘grail’ films? Films you’ve always wanted to see and just somehow have never come across? I feel like that must be less of a thing now, with widespread availability of… well, almost everything. At least online. That wasn’t always the case, though, and I’ve always had a list of films I’d been dying to see that I couldn’t for various reasons. Some of those are films that I’m probably never going to see, for various reasons. London After Midnight, for instance, is one of the classic ‘lost’ films (the last known copy having been lost in a fire). An unseen Todd Browning horror film? Yes please!  Others are simply alternate versions of films – I want to know what the full version of Michael Mann’s The Keep looks like, for instance, but given the final scenes never had the effects finished, that seems unlikely (plus he seems to hate the film, so…)

I have managed to see a significant number of the films on my list in the past few years, though. Movies like Michael Cronenberg’s Shivers (aka They Came From Within), James Whale’s The Old Dark House, and I even have my very first grail film – Theodore Dreyer’s Vampyr – on Blu-ray from Criterion! (Somewhere in my basement I think I have the a VHS bootleg of Vampyr that I bought at a con a long time ago.)

All of that rambling is just to note that this film is one of my grail films – but one I’d forgotten about. I always wanted to see when I was younger (I’d first heard of it under the title Let Sleeping Corpses Lie), but just never found at any of the video stores I frequented. Eventually I forgot about it – apparently I didn’t add it to the list – until I read Jamie Russell’s Book of the Dead. He positions the film as the transitional successor to Night of the Living Dead, sitting somewhere between that film’s anti-establishment nihilism and the later Dawn of the Dead’s explicit, gory violence. Well, that and half-remembered youthful enthusiasm was enough for me to want to track it down!

FYI – this film was also part of Sailor Monsoon’s excellent list of The 100 Greatest Overlooked Horror Movies, which you should definitely check out. (It comes in at #57.)

The Medium
I was lucky enough to find a used copy of the Blue Underground Blu-ray edition at my local used Bullmoose, so when I find myself feeling the urge to watch some gut-chomping action it’s – pardon the pun – no-brainer to pop it in. The Living Dead at Manchester Morgue is also available for streaming on Amazon Prime (where you can also rent/purchase it) and for free with ads on Vudu.

Synapse Films announced a  4k restoration in June of 2019 and it’s since been doing the festival rounds. I’m looking forward to the final Blu-ray release!

The Movie
TLDaMM (cause MAN is that title a mouthful) starts off in a London that is represented as crowded, filthy and jaded. Smokestacks and cars belch noxious fumes everywhere; people do drugs on the street and walk around with cloth over their faces. At one point a buxom young woman strips down and races across the street (this is the 70’s, dontcha know), but no one seems to care. George (Ray Lovelock), our hero, is taking his motorcycle out to the country for a working holiday, trying to escape the poisonous congestion – though he’s taking the practiced ennui with him.

At a gas station he meets Edna (Christina Galbo) when the young woman backs into his motorcycle. With the repairs taking all weekend he browbeats here into giving him a ride (and letting him drive!) as they’re heading in roughly the same direction – he to a house on a lake and she to visit her sick sister. Unfortunately they’re quickly lost (nice driving, George).

When George stops at a farm to ask directions he comes across an experimental machine that the Agricultural Ministry is using to try and combat insect pests. It uses “ultrasonic radiation” to excite the primitive nervous systems of insects, inciting them to violence against each other. You would think George, as a bit of a hippie, would applaud something that at the very least doesn’t dispense poison or noxious fumes, but he’s pretty set against ANYTHING that goes against the natural order. And in this case his suspicions are dead-on.

Because within minutes of the device being switched on, Edna is attacked by a strange man, dripping wet and with strange red eyes. Her description matches that of a local tramp, but of course it can’t be – he’s been dead for several days. 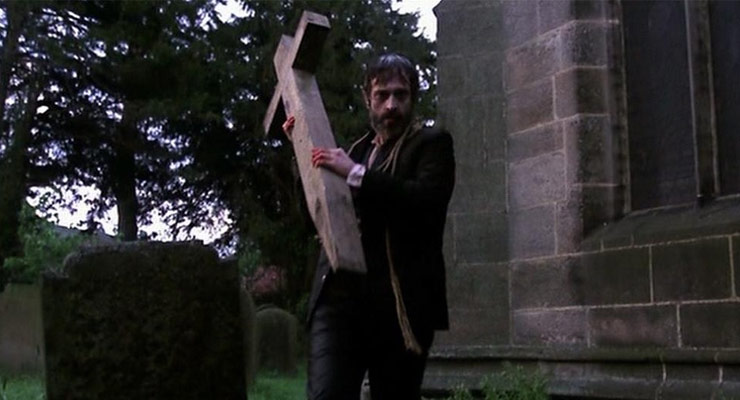 Things spin rapidly out of control from there – Edna’s sister and brother-in-law are attacked and he’s brutally murdered. The local police suspect the wife and Edna and George are dragged into the ensuing investigation. The bigoted and bitter police sergeant (Arthur Kennedy) distrusts them both and when the evidence at various killings seem to link to their presence he jumps to conclusions, putting everyone at risk. 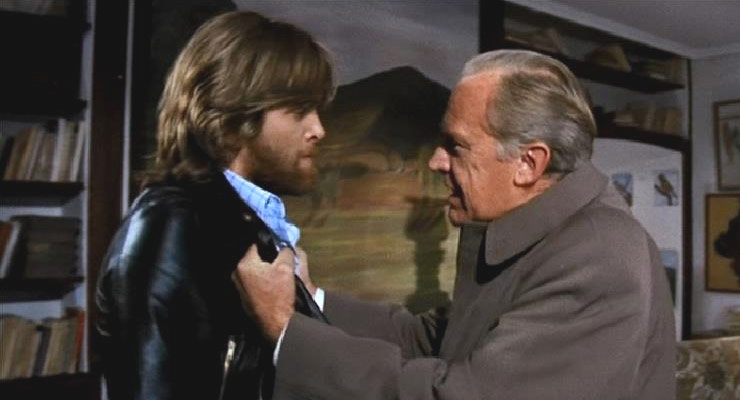 TLDaMM is just a really well made film, especially for a 1970’s zombie picture. Yes, there are huge plot holes, but at least one leads to one of the more eerie moments in the film. It’s established pretty early on that the “ultrasonic radiation” is affecting the decaying nervous systems of the recently deceased (and the developing nervous systems of newborns, in a weird nursery scene), but those who have been dead longer don’t seem affected. Then comes a sequence in a crypt where one of the zombies dabs blood on the eyes of a couple of corpses – a moment that’s almost religious in its presentation.  It makes NO SENSE, but is effective nonetheless. 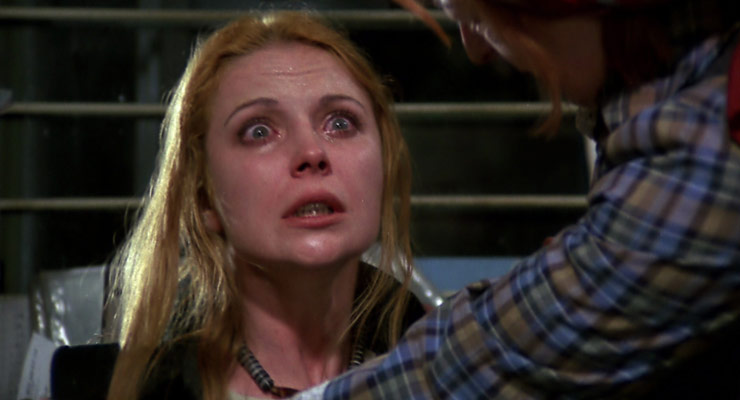 And the zombies in this movie are quite a bit more capable than Romero’s walking corpses. They use tools, they plan, and they’re capable of strategic retreat. This is probably the only movie I’ve scene in which zombies use a gravestone to knock down prey! They also make this creepy whining noise, like a pre-vocal child. It’s quite disturbing in spots.

The actors do decent work, for the most part, despite some dodgy accents. Arthur Kennedy as the police sergeant does a particularly good job of making us hate him, doing the almost impossible job of getting us to root FOR the zombies, by the end. Cinematography is also quite good, with some excellent shots of the city, village and countryside. Pacing is excellent with very little drag. The special effects range from passable (is that a pasta strainer on the machine?) to excellent (some of the makeup effects are really well done).

The Bottom Line
The Living Dead at Manchester Morgue is a definite gem, and one that I think isn’t as well-known as it should be. Yeah it’s a bit inconsistent – part zombie film, part murder mystery, part eco-thriller – but it’s never slow and always entertaining.  If you get a chance, give it a shot.