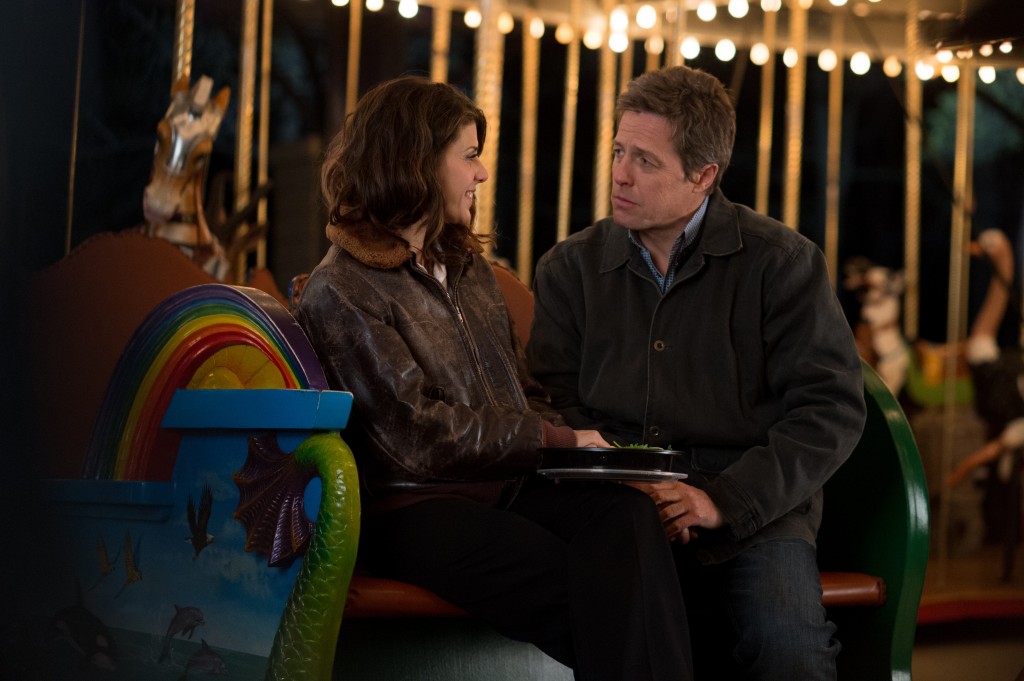 Keith Michaels (Hugh Grant) was once a promising screenwriter in Hollywood. His first movie, Paradise Misplaced, was a huge hit and won the Academy Award for Best Original Screenplay. Unfortunately, his next few movies were total duds, leaving Keith desperate for any kind of paying job while he pitches unwanted movies to various studios. His personal life also took a hit when his wife divorced him for the director of Paradise Misplaced, leading to an estrangement from his son, Alex. In need of a paycheck, Keith reluctantly takes a job at a college in Binghampton, New York teaching screenwriting to ten students of his choice (8 of which are, of course, beautiful girls, and the remaining 2 are geeky boys who pose no competition). Keith finds teaching beneath him, simply because he does not feel writing can be taught. He almost immediately strikes up a rather inappropriate relationship with one of his students, Karen (Bella Heathcote), dismisses his class for a month and, by ranting about female empowerment, unwittingly insults Mary Welden (Allison Janney), a professor who teaches Jane Austen and who is also a member of the college’s ethics committee.

It’s a shaky start to be sure, but after his brief relationship with Karen comes to an uncomfortable end and Keith is held accountable for his behavior by an older student, Holly (Marisa Tomei), he begins to devote more of his time and attention to his class. He finds great potential in one student, a hypochondriac named Clem (Steven Kaplan), and as Keith begins to find his footing as a teacher, he also begins to wonder if it’s truly time for him to write the sequel to Paradise Misplaced… and perhaps reach out to reconcile with his son.

I went into The Rewrite blind, having never heard of the film before. I wasn’t even sure what it about. But I’ve enjoyed nearly all of Marc Lawrence’s films, especially the ones starring Hugh Grant, and The Rewrite was a pleasant surprise. It’s a simple story – a washed-up writer finds inspiration from younger students in a small town – but the cast is wonderful with strong, supporting turns from Janney, Tomei, and JK Simmons. There are a few students in Keith’s class who border on stereotypes, and some of them don’t have much purpose in the movie but to fill a seat. Thankfully I found I didn’t mind too much, as Lawrence instead focuses on the students who are capable of making an impact in Keith’s life, all for different reasons. I didn’t find any of them overly obnoxious, and even Janney’s hard-nosed Professor Welden was a treat to watch. Does anyone intimidate with a look as well as Janney?

Holly and Keith’s romance is not the main focal point here, but Grant and Tomei have a very sweet, easy-going sort of chemistry that helps drive the romantic aspect of the film. Grant’s awkward, bumbling charm that was so evident in his former romantic comedies is still evident in The Rewrite, but the performance is very understated, and in my opinion, one of his best in a very long time. Tomei, I think, just gets better with age. Holly could have easily been a hollow, one-dimensional character designed only to help Keith find love again, but Tomei gives Holly plenty of depth and emotion that does not revolve solely around Keith. She’s a single mother of two working multiple jobs while striving to make something of herself in college, even though she is a self-professed “late bloomer”.

Lawrence doesn’t push the romance but sets a gentle pace in the rainy surroundings of Binghampton, New York. The gloomy surroundings somehow manage to feel cozy, which for me is an accurate way to describe the movie itself. The Rewrite is not a revelation or a rom-com masterpiece, but it’s entertaining and sweet and definitely worth a watch if only to see Hugh Grant excel once again in a genre he’s so well known for.