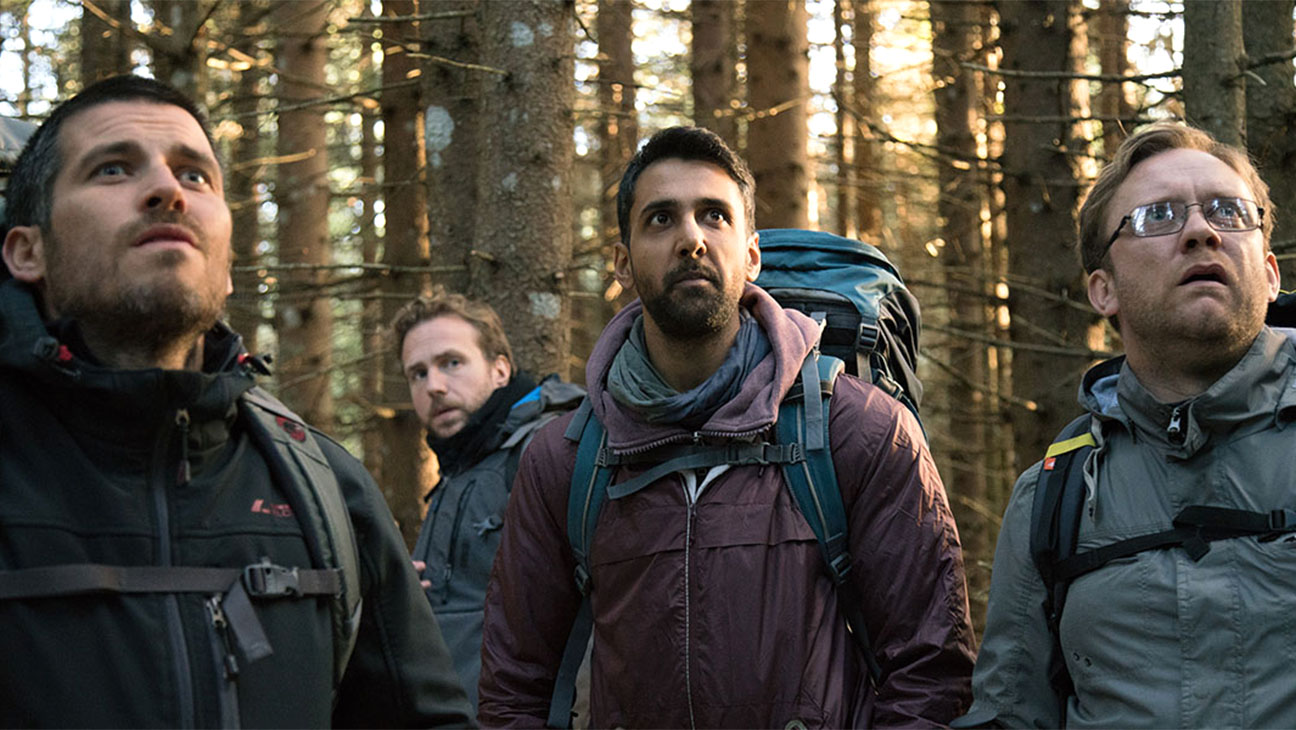 “Your darkest dream awaits you.”

The Ritual is a Netflix Original and happens to be one of their better horror releases. On the surface, The Ritual seems like your standard group of friends goes hiking in the woods with your typical bump in the night type horror tropes. However, director David Bruckner (The Signal, V/H/S, Southbound) is able to maintain a sense of dread and uneasiness with a touch of psychological warfare. An eerie ambiance is created with the combination of solid cinematography that is well complemented by the creepy score that steamrolls into a well-disguised monster movie.

After Robert is tragically murdered, four college friends decided to fulfill his dying wish of hiking through Sweden’s mountains. While all involved are weighed down with Robert’s loss, Luke (Rafe Spall) is carrying an extra level of burden as it is questioned whether or not he could have prevented Robert’s death. As frustrating, albeit understandable Luke’s actions are, we learn one thing and that is he is a survivor. Rafe Spall plays Luke tremendously as someone who is dealing with the loss of his friend, the guilt of his action/inaction he played in that event and his determination to carry on with his life. 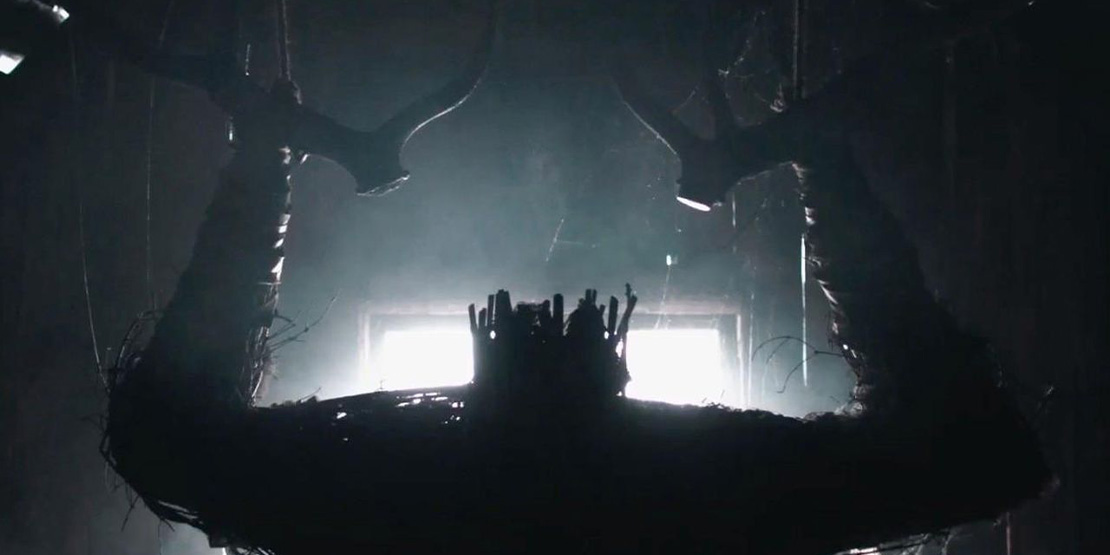 During the hike Dom (Sam Troughton) injures himself and the group, Hutch (Robert James-Collier) and Phil (Arsher Ali) must make the decision to take a shortcut through a dense forest. As they travel deeper into the woods, they begin to sense this wasn’t the best idea much like any dark fairy tale. The group spends an ill-advised night in an abandoned cabin where we see things begin to, of course, escalate. When the odd happenings begin to occur, we not only see the group of buddies start to turn on each other from the uncertainty of events but we witness Luke’s guilt being manifested in surreal nightmares about the night of Robert’s murder. This adds to the psychological aspect of the dread and discomfort on display.

As I stated earlier the psychological warfare is what makes The Ritual more than your average scary woods tale. When you begin to see the characters follow the typical “cliché” actions to simply move the plot points along, there is an actual solid reason behind their actions as opposed to “we just need to get to A to get to B”. What is this reason you wonder? I’ll leave that to figure out for yourself but it all leads to a monster that is well realized in concept and design. This monster is nothing revolutionary but is unique enough to make an impact that seemingly can be believed to be of this world and of the supernatural world as well.

I feel there was more meat that was there in telling more of Dom, Ali, and Hutch’s journey through the forest. I think their actions, nightmares, visions, etc. could have been more fleshed out and visualized to make this more than just the Luke show. You see the events of their night stay in the abandoned cabin affect each one but not to the extent that could have rounded out the narrative more effectively. This, coupled with a more intense climax, would have put The Ritual over the top.

The Ritual is nothing groundbreaking, but it knows what it is confidently and does what it needs to very well. As a genre fan, this is nothing I haven’t seen before and can compare with numerous other movies. Essentially this seems like a smashwich of The Descent and The Blair Witch Project, but Buckner builds a palpable amount of dread while hitting all the technical aspects very well to make an above-average addition to the Netflix catalog.