Netflix has released an official teaser trailer for Aaron Sorkin‘s drama The Trial of the Chicago 7.

Looks pretty good. It’s nice to see Sacha Baron Cohen in a non-comedic role (I would still love to see his performance as Freddie Mercury). In addition to Cohen, this film has one hell of a cast (which you can see below).

What was intended to be a peaceful protest at the 1968 Democratic National Convention turned into a violent clash with police and the National Guard. The organizers of the protest—including Abbie Hoffman, Jerry Rubin, Tom Hayden and Bobby Seale—were charged with conspiracy to incite a riot and the trial that followed was one of the most notorious in history. 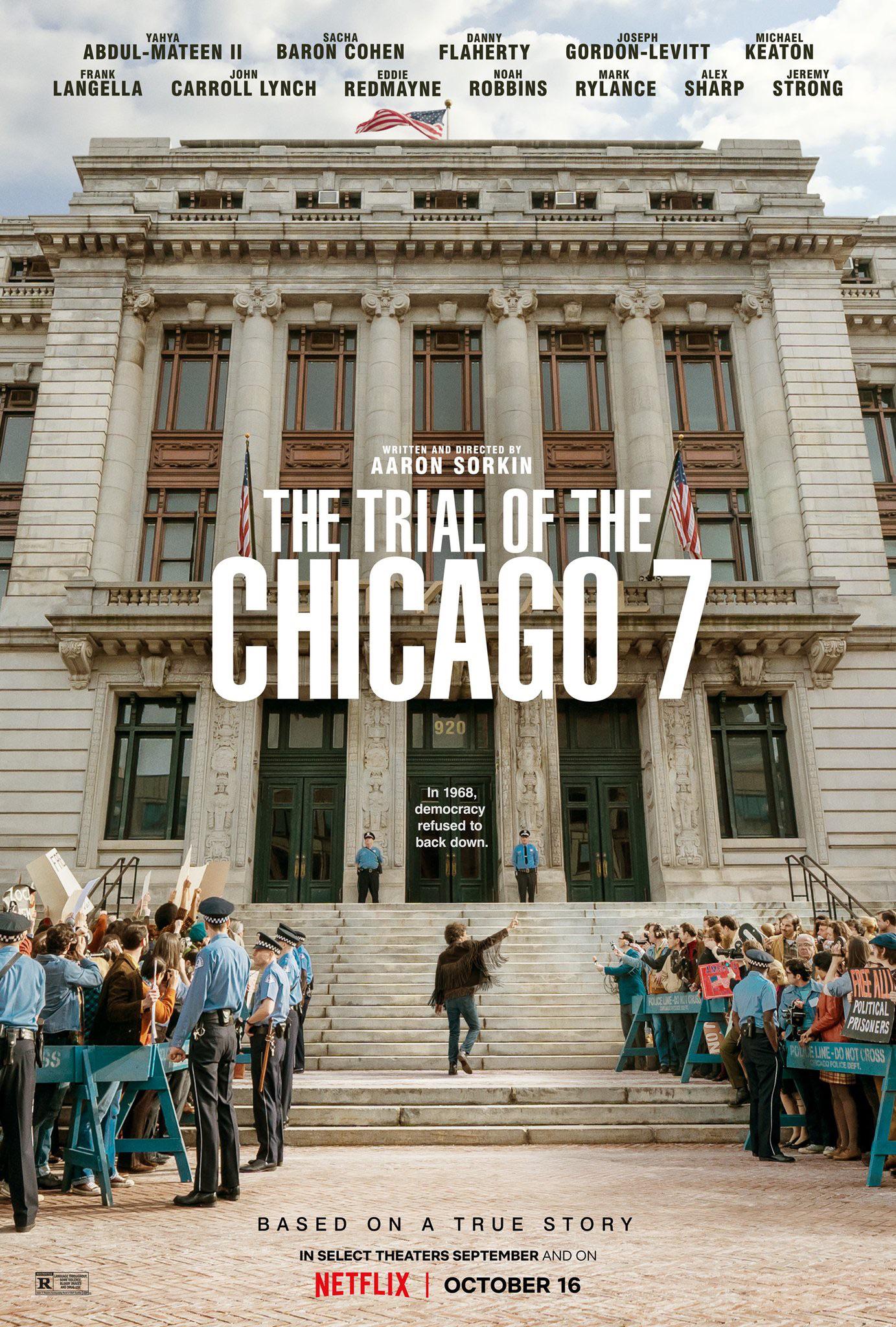 The Trial of the Chicago 7 begins streaming October 16, 2020 on Netflix.