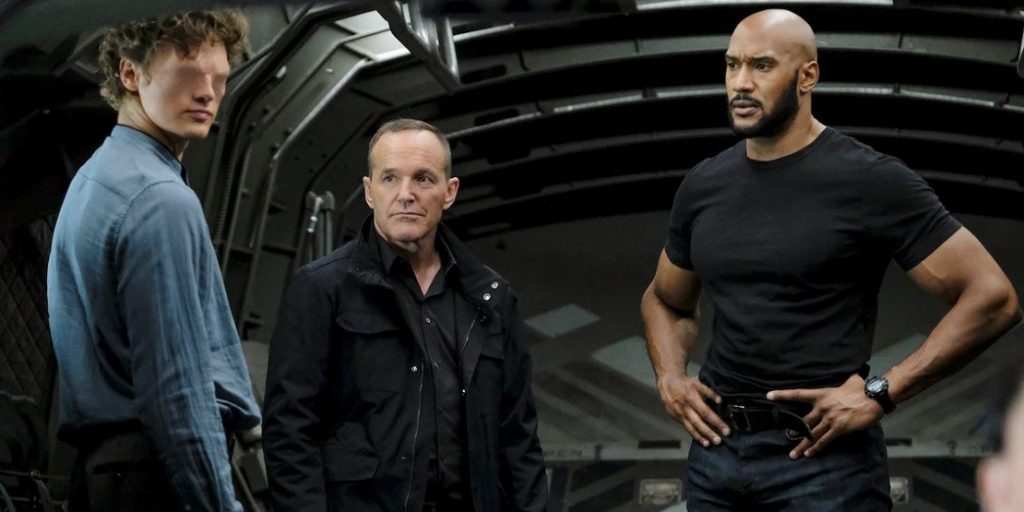 I’m going to miss S.H.I.E.L.D. once this season wraps up. It has been one of the few series I’ve actually made an effort to watch live or within a week from airing which means a lot in today’s streaming age. The show hasn’t always been great (season 5 and 6 had their moments but were mostly misses for me), but this last season has just been a blast. Seeing familiar faces return (and usually in fresh ways) almost every episode was awesome as was seeing some of them stick around for longer than expected (Daniel Sousa is the best character this season).

After using time-travel in season 5, the writers said “screw it” and really opened up the sandbox. We’ve been jumping with the team through various time periods encountering everyone from HYDRA to Inhumans. Yet, it only made sense for the season to make a pit stop and focus on a popular time-travel trope: the time loop. Taking cues from Groundhog Day, “As I Have Always Been” saw Daisy trapped in a time loop as the Zephyr approached a time vortex. With only Coulson remembering every loop, the two had to work together fast.

This honestly turned out to be one of my favorite episodes of the season which is surprising because I thought this would be just another filler episode after seeing the promo. Yet, the episode had numerous payoffs for the rest of the season from Daisy’s budding romance with Sousa to Jemma potentially revealing a disastrous fate for Fitz. However, we all know that the most talked about moment was the death of Enoch (Joel Stoffer). Enoch wasn’t my favorite character when he first appeared, but over these last few seasons he really grew on me. Stoffer played the role excellently and he deserves a slew of sci-fi roles to be thrown his way in the future. The man pulled at our heart strings this episode and seeing Coulson sympathize and understand what Enoch was saying made the scene all the more poignant.

The following episode “Stolen” featured a return to form for the season as it saw the team’s time-machine fixed but still stuck in the ’80s. This wasn’t necessarily a problem though as Nathaniel Malick was still around building up an army and altering history. After getting Daisy’s older half-sister Kora to join in on the anarchy, Malick managed to persuade a young John Garrett into joining his team, too. Bill Paxton’s son James Paxton did a great job honoring his late father. It looks like we’ll be seeing more of Paxton this season, so I can’t wait to see how Paxton takes Garrett (now harnessing Gordon’s old powers) in new directions.

Similar to Enoch’s death in episode 9, “Stolen” saw Gordon and Jiaying both return only for death to welcome them a short time later. I was a bit bummed that Jiaying died so soon as we never really saw Daisy receive closure for Jiaying’s murderous ways in the future. However, Jiaying’s death also means that there is no one Daisy can ever be born meaning the timeline is truly fucked and I have no idea how the team is going to fix things.

Hopefully it involves Fitz which “Stolen” hints we’ll finally be seeing next episode. I expected Fitz to show up in episode 7 after learning of Iain De Caestecker’s scheduling conflicts, but he has still yet to appear. At this point Fitz only has three episode he could appear in which will not be enough to satisfy this FitzSimmons fan! However, it is becoming remarkably clearer on why Daniel Sousa stuck around for longer than we all thought. He needed to fill the void left by Fitz.

After episode 11, the final two episodes will air on the same night for a two-hour finale. Things are beginning to ramp up on S.H.I.E.L.D. and after these two episodes I cannot wait to see where the writers take the show next.

What were some of your favorite moments from these last two episodes of the season? How do you think the writers will wrap up this storyline with only three episodes remaining?