When it comes to artwork for James Cameron’s 1984 The Terminator, Jakub Erol’s poster for the Polish release is probably the one most often cited as the best of the best. And it is stunning. I’ve had a reprint of it hanging in my sitting room for years.

As much as I love Erol’s poster, I thought I’d start this feature by sharing an alternate poster that has had a bit less attention. (We’ll save Erol’s poster for another time.) 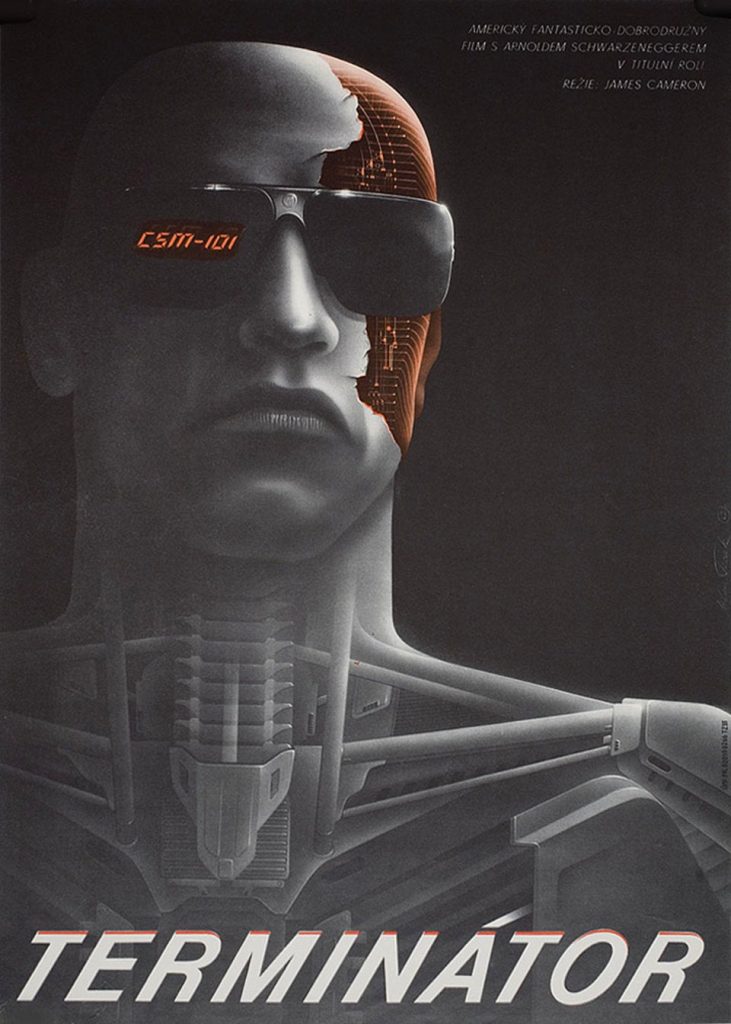 Milan Pecak’s poster shares the quality of feeling like something produced by an Eastern Bloc country while being completely different from Erol’s more abstract take on Cameron’s cyberpunk/horror film. I’m no art critic, but, where Erol’s poster somehow rises above The Terminator’s B-movie roots, Pecak’s poster revels in it.

The Czech poster could actually work as the artwork for a Soviet rip off of The Terminator, and I mean that in the best way possible. It’s stark, industrial, weird, and I love it.

You have any favorite alternate movie posters? Share them in the comments and tell us what you think of Milan Pecak’s poster for The Terminator!