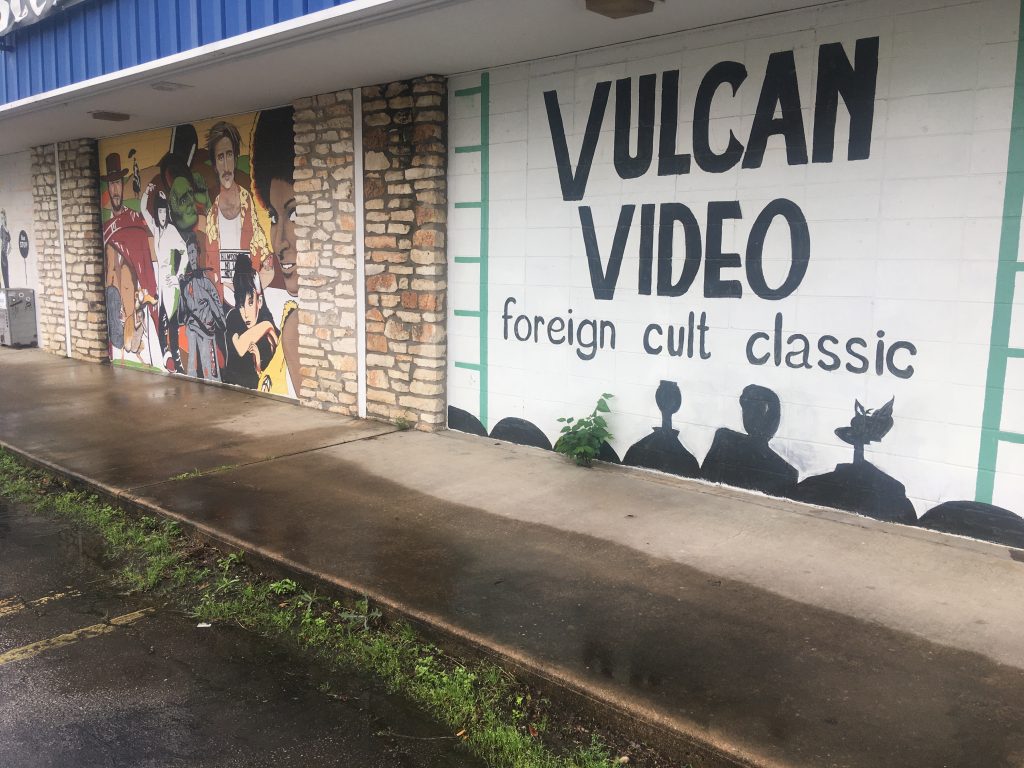 Austin staple, Vulcan Video announced today that it is closing its doors after 35 years. The local video store has been struggling for some time, shrinking from two locations to one, and then moving further south for cheaper rent. In May of last year store owners launched a GoFundMe campaign to keep the store afloat after the rent in their new location was raised to such a point that they could no longer cover operating costs.

On a personal note, my family moved last summer after 25 years in Austin. Long story short, we’re moving back this summer, and one of the things I was looking most forward to was being able to once again rent movies at Vulcan Video. This place epitomized the Austin I had come to love over the quarter century that I lived there. Vulcan was quirky, charming, and staffed by people whose love for film was equally matched by their knowledge of it. They will be sorely missed.

[The following is a repost of an article that was written and published a few years ago.]

I try to cruise by my local video store (Vulcan Video) on the way home from work at least a few times a month. Preferably on Tuesday or Wednesday. That’s twoferone day. I like the video store. I like the dusty smell of decades-old VHS and DVD boxes. Old, moldering movie posters. I like to see the movies. The physical copies. I like to go through the sections. Science Fiction, Action, Drama, Thriller, Horror, Cult, New Releases. My video store even has a Director’s Wall. I like to pick the movies up. Check the cover art. See who did the soundtrack. I like to ask the clerks their opinions. We banter. One day I talked for 15 minutes with a soft-spoken guy in rectangular spectacles about Kafka. He was very knowledgable. Pronounced it Caughfka. On another visit, a clerk recommended The Handmaiden. I’d seen the film mentioned a bunch online. Peers talking about it. Enthusiastically recommending it. But sometimes the more something is mentioned online (or even in the real world), the more that thing slides over into a strange blind spot for me. I lose interest in it if it’s pushed too much or overhyped. But the clerk and I, we were just talking. Bullshitting. I asked him about the movie on a whim as I perused the New Release wall and he restocked shelves, and he gave me an honest, dispassionate, but compelling opinion on the movie. And just like that, I was walking out the door with a movie I had no plans of renting when I’d walked in the door a few minutes earlier. 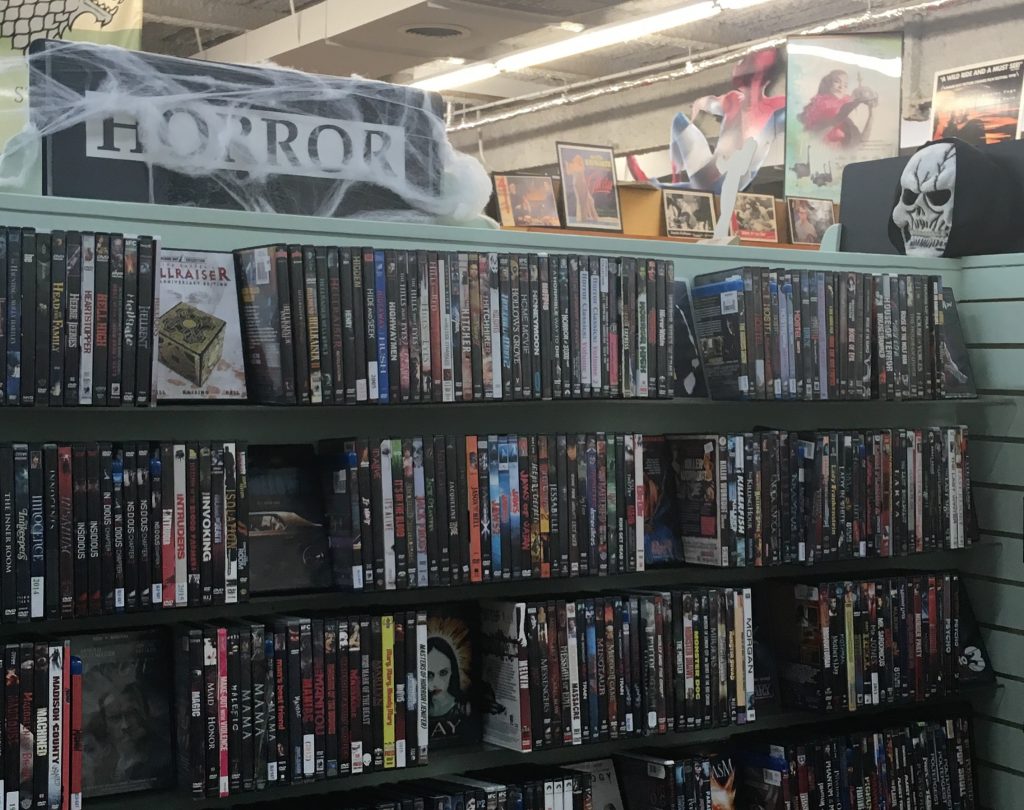 They also have an Employee Picks section. I love this section. Back when there were still video stores on every corner, and before Blockbuster nearly choked the life out of our local video store scene (those fucking assholes), we had a place called Videoasis. Its staff was vociferously into film, and it had an Employee Picks section (and porn in the back). Because I was usually too shy to engage the clerks with questions, I became familiar with a lot of films I’d never seen or heard of by just poring over this section. I saw movies like Straw Dogs, The Mission, A Clockwork Orange, Angel Heart, and Reservoir Dogs.

I also realized there was an entire world of film out there beyond that dingy white sign in the Hollywood Hills. I discovered Japanese animated movies and fell in love with Akira and Ghost in the Shell, and had the wind knocked out me by Jin Roh. I saw Metropolis, discovered the films of Timur Bekmambetov, and saw my first Akira Kurosawa and Andrei Tarkovsky films. I still had a long way to go by the time Videoasis closed its doors for good, but it gave me a good heard start towards finding my way through the world of film.

Beyond just providing a more personal touch to the act of finding and watching movies, there’s a finality to renting a movie from the video store. I can get five minutes in to a movie on Netflix and change my mind. It’s hard not to think about how many other titles are one or two clicks away while you’re sitting there waiting for a movie to hook you. It’s hard to push out thoughts like “I wonder what HBO has in their movie section right now?”. Or “Maybe Hulu has something I haven’t seen in a long time.” When you rent a movie from a video store, you’re making a commitment. You’re putting your hard-earned money down for each rental. And once you walk out that door, there’s no changing your mind. No turning back.

Until the movies are due back to the video store. And don’t forget, because those late fees can be a bitch. But I gladly pay them every time, because the service Vulcan provides is worth a few extra bucks.

I’m going to miss this place. So much. Thank you, Vulcan Video. For the memories. For the recommendations. For the chats about films. For everything.