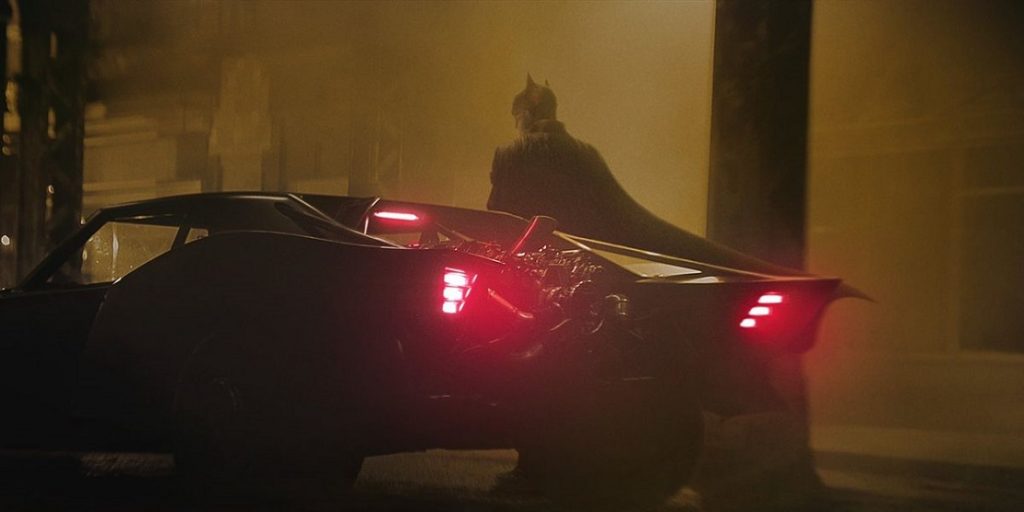 We got our first look at Robert Pattinson in the batsuit last month. Now today, director Matt Reeves has dropped the first look at The Batman‘s batmobile.

And guess what screenagers, it looks awesome!

I’m really digging this. We haven’t really gotten a batmobile that looked like a car since… the 1966 Batman? I mean The Dark Knight vehicle was a tank and Batfleck’s version sort of looked like a sports car on steroids. Before that, the Tim Burton era might have been the most stylized batmobile. But now we got the Reeves version and I like that it looks like a modified muscle car.

In other Bat news, the AV Club reports that Max and Charlie Carver (Desperate Housewives, Teen Wolf) have joined the cast. No word on who they might be playing, but a half-gender-swapped Wonder Twins and Two-Face henchmen Max and Min have been tossed out. I sort of want to say they could be playing Dick Grayson and Jason Todd (or Tim Drake). I feel like Reeves’ might want to poke fun at the interchangeable Robins by casting twins as two of them. And before you start complaining in the comments, by interchangeable I mean that they always look the same when dressed as Robin.

Filming on The Batman has been underway in the U.K. for the past month. I’m sure Reeves will continue teasing his take on the Caped Crusader and Gotham on social media.

What do you think of the new batmobile? Thoughts on who the Carver twins might be playing?