Antlers is an upcoming horror film from director Scott Cooper (Crazy Heart, Hostiles) who is making his horror directing debut from a script co-written by Channel Zero creator Nick Antosca. Following his multiple Oscars wins for The Shape of Water last year (including, the prize for Best Picture), Guillermo del Toro set an overall deal with Fox to develop sci-fi, horror, and/or fantasy films as a writer, producer, and/or director. This is his first film under that deal.

I’m fairly intrigued as this seems to have a dark and creepy atmosphere with a bit of craziness mixed in. Cooper has some solid films under his belt and if you haven’t checked out Antosca’s horror anthology show, Channel Zero, then I highly suggest you do. With del Toro’s influence, this could be a sleeper hit in 2020. 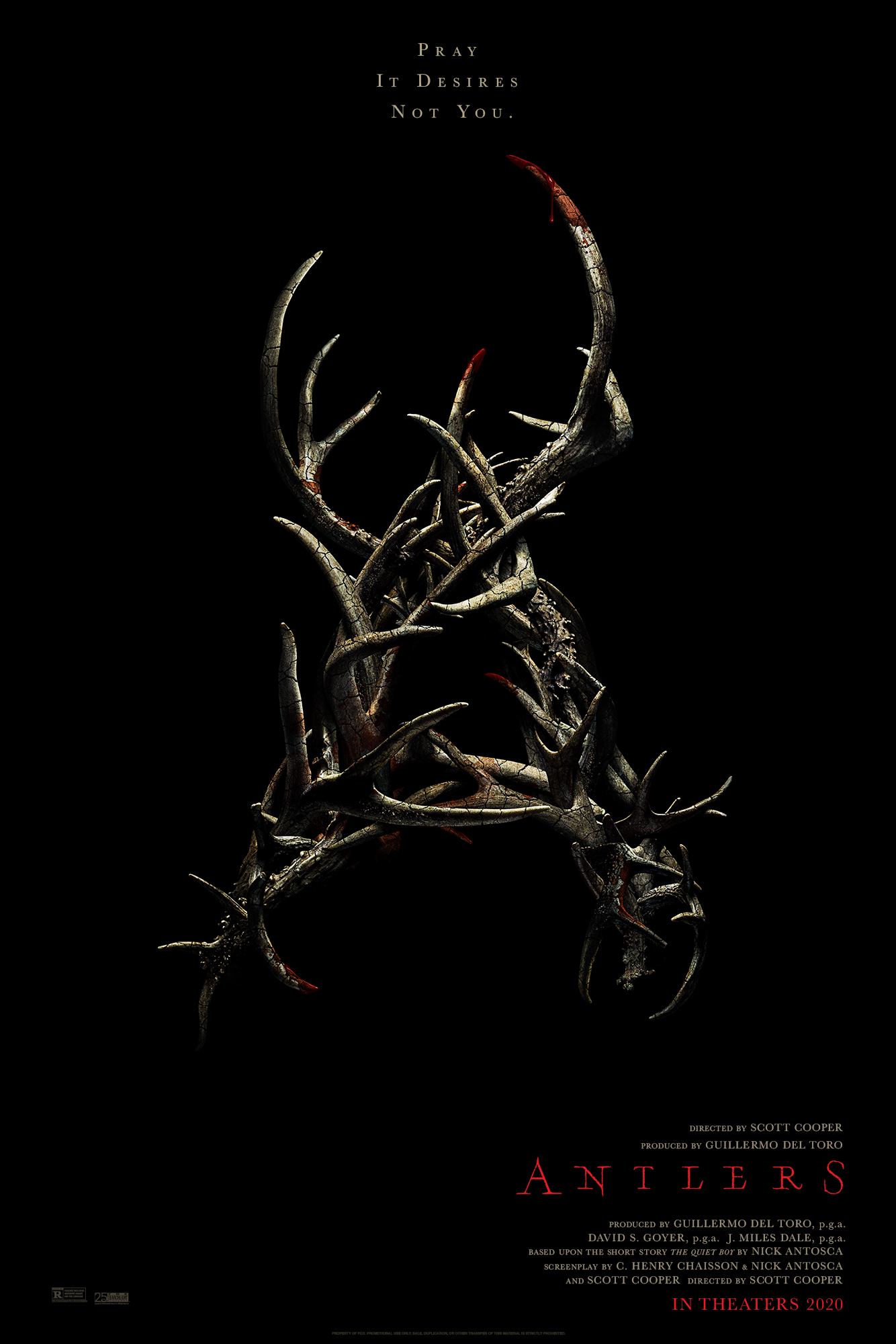 What do you guys think ? Does Antlers have potential to scare some fools?