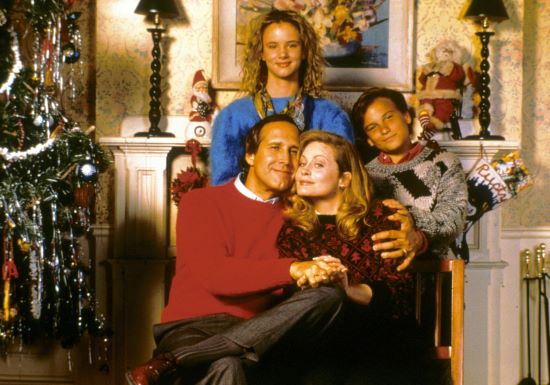 On Thursday, The Hollywood Reporter posted what could be interpreted as a sign of the apocalypse as HBO Max and Johnny Galecki are developing The Griswolds, a half-hour sitcom based upon the National Lampoon Vacation movie series.  The show, which will be produced by Galecki’s Alcide Bava production company and written by Tim Hobert, is tentatively set to run on HBO’s streaming service HBO Max.

It is not known if Galecki, a former “Rusty” in the revolving door of Rustys’ (which became a running joke in the film series), will reprise his role from the 2nd and most popular of the series: Christmas Vacation. It is also unknown if any of the original cast of Chevy Chase, Beverly D’Angelo and Randy Quaid will reprise their roles or if this will be a new iteration of the family.

The show’s oh so brief plot

will follow the family and explore their daily lives in the suburbs of modern-day Chicago.

I hate to be so harsh in my critiscism, especially since Christmas Vacation is my favorite holiday movie. But man this is a bad idea. Is HBO that devoid of programming for their streaming service that they have to turn to Game of Thrones spin-offs and franchises that have passed their expiration dates? Let’s not even get into the poorly received 2015 soft reboot/sequel, Vacation which starred Ed Helms as an adult Rusty, Christina Applegate as his wife with Chase and D’Angelo reprising their rolls as Clark and Ellen. Speaking of Randy Quaid, who hysterically played Cousin Eddie, go check out his Twitter and remember that drugs are bad … You’re welcome!

HBO Max is set to launch May 2020 and The Griswolds is in development.

What do you guys think? HBO dredging the bottom of the barrel or do you want more Clark Griswold and family?