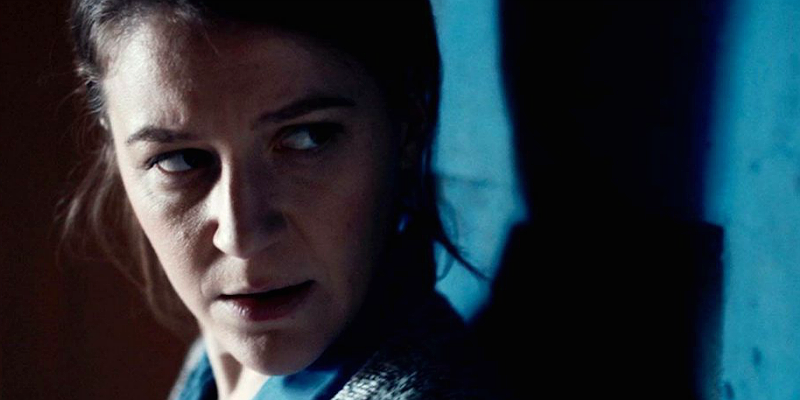 Amblin Partners has acquired The Blue Door, a creepy horror short by filmmaker, Paul Taylor. With plans to develop the short into a full-length movie, writers Megan Pugh and Ben Clark, who also wrote and produced the short, are on board to expand the screenplay. Taylor will return to direct the project.

The BAFTA-nominated short revolves around a nurse played by Gemma Whelan (Game of Thrones, Gentleman Jack) who is assigned to care for an elderly woman living in a decrepit home. A blue door within the home begins to appear at will and seems to be connected to a dark entity that quickly targets the nurse.

It’s an unsettling 9 minutes and is exactly the kind of horror I love. Dealing with unseen, malevolent forces have always terrified me more than gory slasher flicks. Taylor does an excellent job building the suspense and yes, I might have shrieked a tiny bit at the end and I may or may not still have goosebumps.

I guess it’s not impossible to take 9 minutes of horror and build off of it, but there is always the concern that something might get lost in the transition. Can a story like The Blue Door expand to two hours and maintain what makes it so effective as a horror short? With the right script and director, I’m inclined to say… probably. And with Taylor, Pugh, and Clark returning, I’m really excited to see what else they can bring to the story.

You can watch The Blue Door right here!

What do you think about shorts being developed into longer, feature films? Did you like The Blue Door?