“In the film, Mewes plays a version of himself. Tired of Hollywood’s perception of him, he embarks on a quest to reinvent himself as a serious actor. Upon advice from best friend Kevin Smith, he tracks down a secretive method-acting book — with disastrous consequences.” 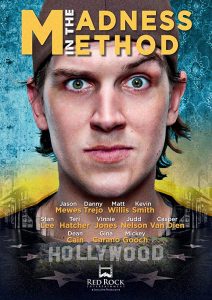 Madness is written by Chris Anastasi and Dominic Burns; keeping with the ‘in family’ nature of the project, Burns has a cameo role as well.

What do you think about this proposition, Wasteoids? I’ve always wondered why Mewes was the relatively quiet one when it came to new projects and now we’ll get to see what he has had creatively pent up (possibly for years. And years.)