Disney has released a new trailer for Jungle Cruise. It seems like forever since Disney released a film that wasn’t a Star Wars, Marvel, or live-action remake of an animated classic. The studio found previous success in adapting its theme park attractions with Pirates of the Caribbean, so let’s see if they can do it again.

Disney is on a roll for improved trailers this week. After releasing a much-better final trailer for Black Widow, this new Jungle Cruise trailer is a significant improvement over the one released last year.

While I’m not 100% sold on the film, it does look to evoke some Pirates of the Caribbean tones. I’m a huge fan of the original trilogy and wish Disney would make more films like that. So if Jungle Cruise can be all the best parts of that series I will be happy.

Inspired by the famous Disneyland theme park ride, Disney’s JUNGLE CRUISE is an adventure-filled, Amazon-jungle expedition starring Dwayne Johnson as the charismatic riverboat captain and Emily Blunt as a determined explorer on a research mission. Also starring in the film are Edgar Ramirez, Jack Whitehall, with Jesse Plemons, and Paul Giamatti 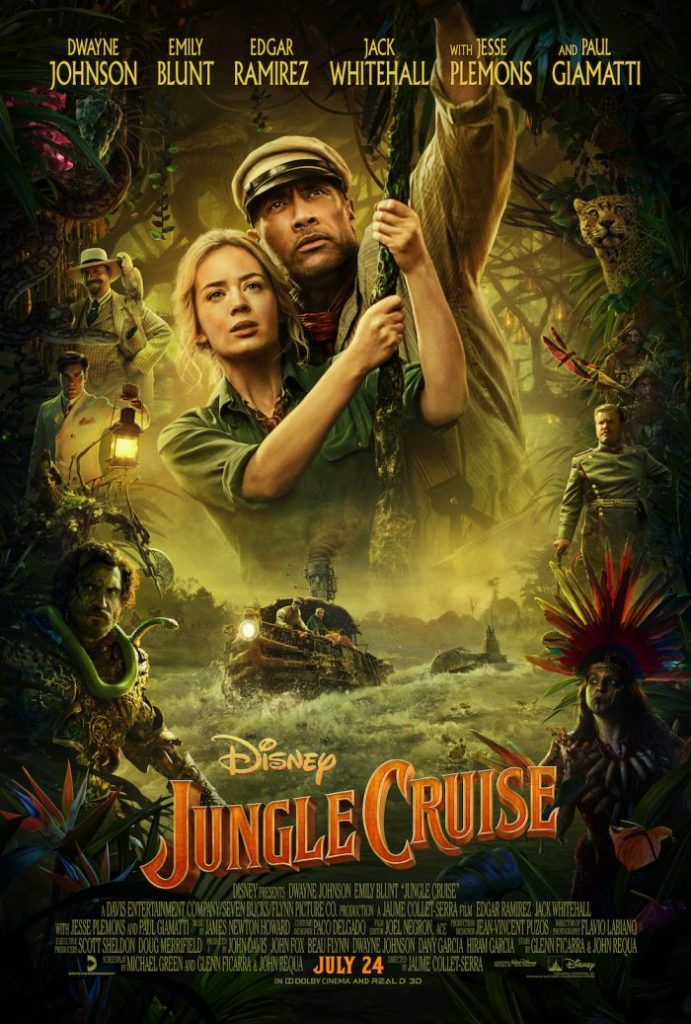