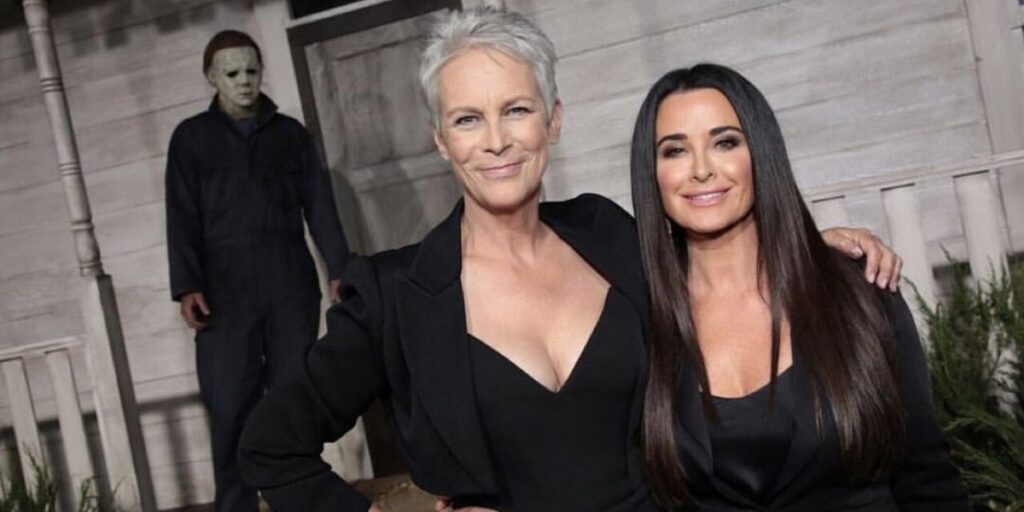 Kyle Richards is returning to the Halloween franchise, and she’s bringing with her a famous eighties star.

Richards is set to reprise her role as Lindsay Wallace in Halloween Kills, for the first time since the original 1978 classic. That’s pretty awesome, but Lindsay’s friend, Tommy Doyle, is also coming back, and he’ll be played by 80s mainstay Anthony Michael Hall.

Tommy was originally played by Brian Andrews in the original Halloween and by Paul Rudd in 1995’s Halloween: The Curse of Michael Myers. Rudd was apparently approached to return for Halloween Kills, but had to decline due to previous film commitments.

2018’s Halloween did a good job examining how that one night in 1978 forever changed Laurie Strode (Jamie Lee Curtis), so it will be interesting to see how Lindsay and Tommy were affected. They were just kids after all, so did they forget the night as the years went on or did it forever scar them? What trauma lurks beneath their skin?

Both Richards and Hall are interesting choices for the roles of Lindsay and Tommy. I’m a big supporter of bringing back original castmembers instead of recasting, so Richards returning is an A+ in my books. However, her recent work is essentially starring on Real Housewives of Beverly Hills, which doesn’t necessarily rake in the acting accolades.

Hall on the other hand hasn’t been an A-lister for a number of years. One of his last acting roles was a guest stint on season 6 of Agents of S.H.I.E.L.D. Nonetheless, I’m excited to see him starring in a major Hollywood film again.

Are you excited to see how October 30, 1978 affected the lives of Lindsay Wallace and Tommy Doyle? Does this casting news make you more excited for Halloween Kills?