The official trailer for Light of My Life, written, directed, and starring Casey Afleck, has been released.

It’s definitely an interesting premise for a film, and a nice twist on a post-apocalyptic dystopia. Obviously, Affleck’s child in the movie is a girl, probably the last of her gender left. That will likely play a major role in the film as Affleck tries (and fails) to keep that a secret. I’m interested in seeing how the film ends? Will society be restored? Will his daughter be able to repopulate the human species with females or will she die as a child?

Parent and child journey through the outskirts of society a decade after a pandemic has wiped out half the world’s population. As a father struggles to protect his child, their bond, and the character of humanity, is tested. 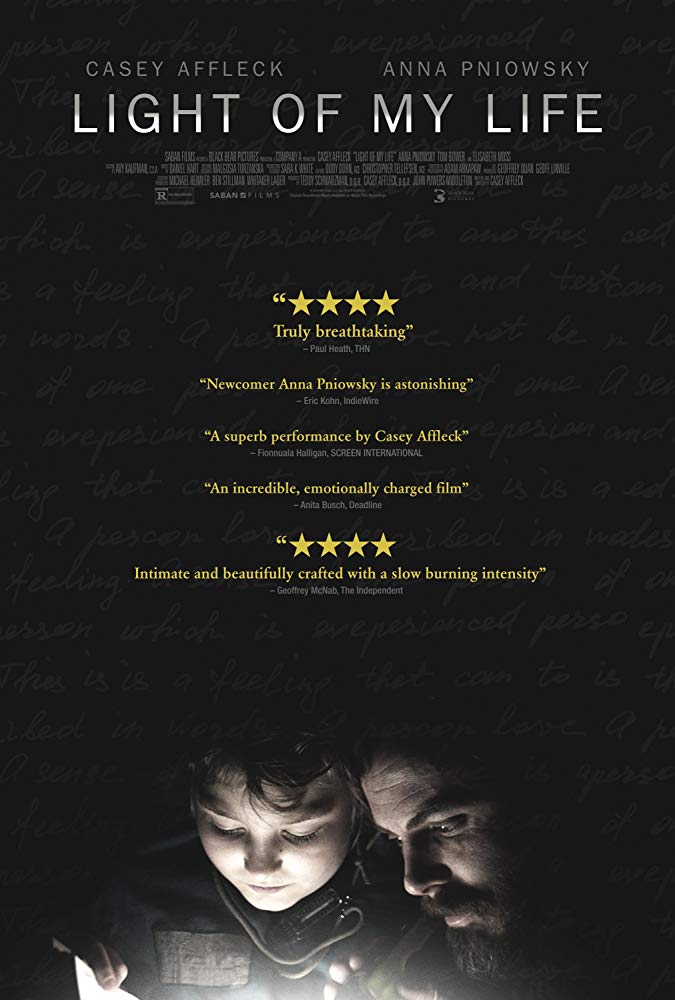 Light of My Life opens in theaters nationwide, on digital & On Demand August 9, 2019.