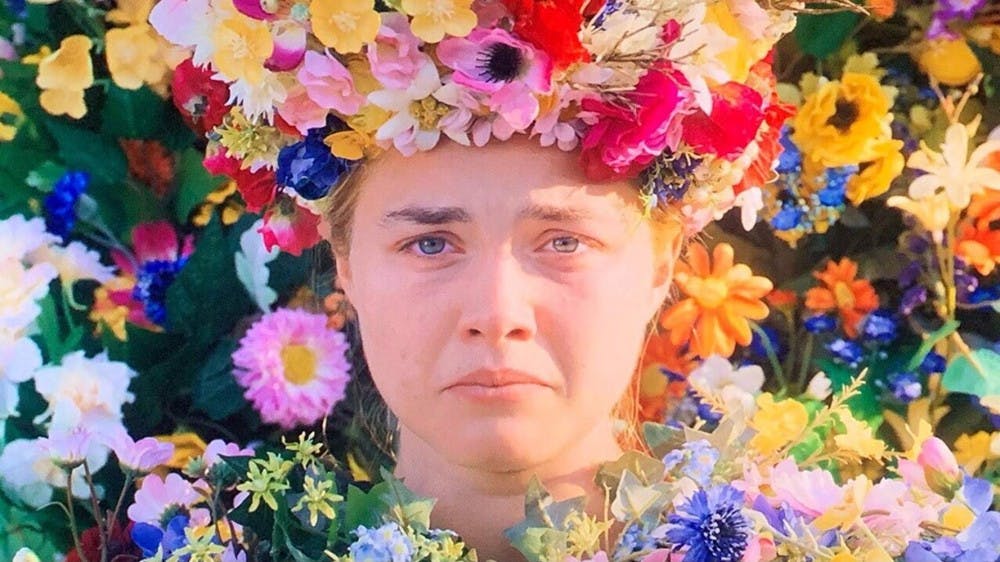 In recent years we’ve had an influx of films that have subverted the standard horror tropes. Releases such as Get Out, A Quiet Place and last years critically acclaimed hit from Ari Aster, Hereditary. With this in mind, Aster’s latest release Midsommar was one of the most eagerly anticipated movies of the year. Could his follow up live up to the standards of his previous showing? Could it even surpass expectations? Or is he a one-hit wonder? The answer isn’t quite that simple.

Family difficulties were a major theme in Hereditary and at the centre of this story is the troubled relationship between Dani (Florence Pugh) and Christian (Jack Reynor). After four years together Christian is considering ending things, but due to a shocking family tragedy suffered by Dani, he can’t quite pull the trigger. She is suffering huge psychological difficulties and for better or worse, they stay together.

In the midst of this, one of Christian’s Swedish friends, Pelle (Vilhelm Blomgren), has arranged for him and his circle of male buddies to travel to Sweden to attend a nine day midsummer celebration. This occurs once every ninety years and takes place at his ancestral Hårga commune. The gang all have their own personal motivations for going. Be it Ph.D thesis research, visiting home or the chance to have sex with Swedish girls. Dani receives a pity invite and finds herself tagging along.

When the group arrives we get our first glimpses of the festival in store. Plenty of people in white robes frolicking around in scenes that wouldn’t look out of place in a Monty Python sketch. Set against the idyllic backdrop of the Swedish countryside, it works well and builds our expectations for some bizarre goings-on. Throw in some mushroom tea and the party really gets started.

Due to Sweden’s midnight sun, proceedings play out in almost perpetual daylight. It’s not a typical setting for a horror film, but this isn’t typical horror. In fact, Midsommar doesn’t really fall neatly into any genre. Full of dark comedy, psychological drama and relationship struggles, it’s not easy to define. However, it is easy to say it has a fresh and unique feel.

From the offset the visuals and Pawel Pogorzelski’s cinematography are striking. Colours jump off the screen. Blue skies, lush greens and generally stunning landscapes, with the costume design also deserving a special mention. The visual effects are further magnified in a number of drug-induced scenes as the guests dabble in some psychedelic delicacies.

Before long it becomes apparent that the midsummer event the group are attending is less festival, more pagan cult. The overarching narrative of Dani losing her family, only to be placed in the alluring situation where everyone is considered family, sets up an interesting juxtaposition. As the story progresses, events (rituals) get stranger and more disturbing. The scares are infrequent but the pervading sense of dread is constant. Much like Hereditary, this is where Aster excels. As a viewer we are constantly waiting for something bad to happen. This wait can be more stressful than actually witnessing said bad things. Midsommar executes the feeling of apprehension as well as anything in recent memory. 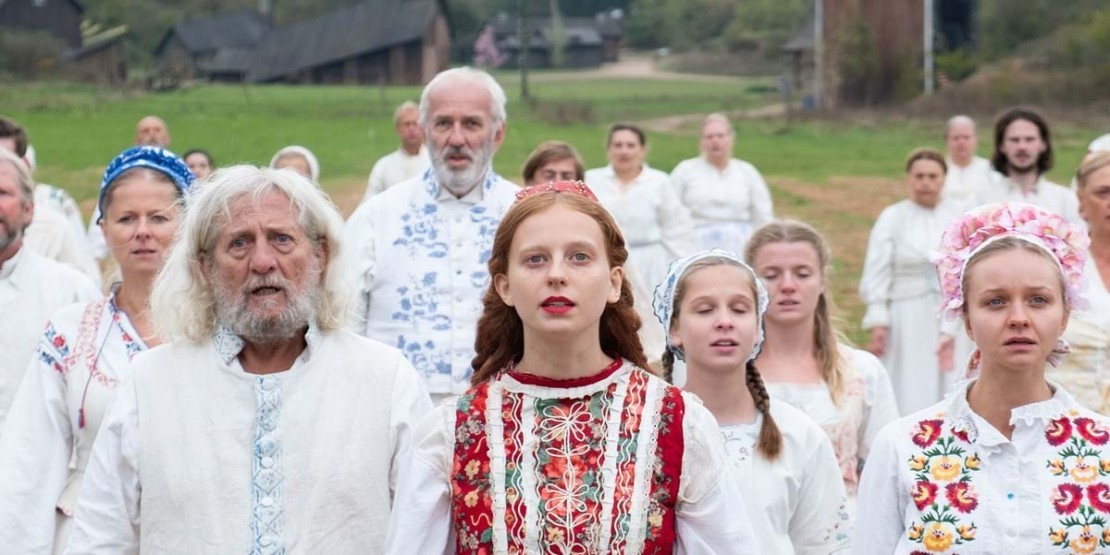 At the centre of all this is Florence Pugh, who has impressed immensely in everything she has previously been a part of. Be it as a Shakesperian wife in Lady Macbeth or a professional wrestler in Fighting with my Family. She shines brighter than ever here. Her character Dani is really put through the wringer in a number of ways. The way Pugh conveys her pain in the extreme scenarios, and in the quieter moments emanates pure trauma is superb. As we saw with Toni Collete in Hereditary, Ari Aster seems to have a knack for getting the best out of his female leads and I’ll be surprised if I see a better performance all year

Unfortunately the same can’t be said of some of the supporting cast. While Will Poulter provides some much needed comic relief as Josh, I found Jack Reynor’s Christian akin to an emotional brick wall. While this persona could have been intentional in order for us to withhold empathy for the character, it’s possible the role was just beyond his level. Or maybe anyone standing toe to toe with Florence Pugh was always going to come up short.

Another issue throughout is the questionable decision making from certain characters, including a pivotal incident around the hour mark. Meek reactions after a horrific event came very close to breaking any immersion for me. Eventually I put it to the back of my mind but there is no doubt it affected my overall enjoyment. There are also a few gruesome scenes that felt completely over the top and out of place with the rest of the film. If the contrast was to add to the shock factor, it didn’t work.

As we reach the conclusion of the story we learn the true motives of the Hårga community. There are disappearances, a May Queen is crowned and some tough decisions have to be made. Everything comes to a head and the final shot we are left with is hauntingly brilliant.

All things considered, Midsommar falls firmly into the ‘good but could have been great’ category. At nearly two and a half hours long it would have flowed considerably better with some trimming. Regardless, I much prefer a bold and ambitious effort such as this, compared to the multitude of safe releases we see today. It’s not for everyone, but if you enjoyed Ari Aster’s previous work you should enjoy this. And I will certainly be in line for his next release.