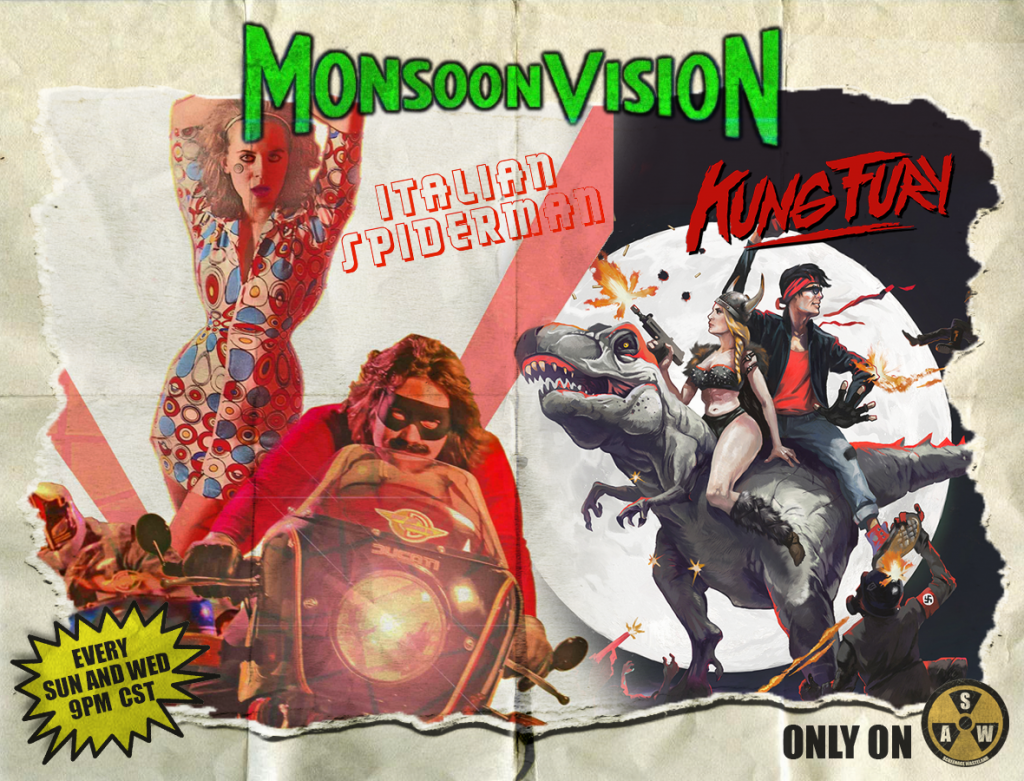 Italian Spider-Man Plot: When an otherworldly substance with amazing cloning properties falls into the hands of the evil criminal mastermind, Captain Maximum, only the extreme powers of the Italian Spiderman can save the world.

Kung Fury Plot: In 1985, Kung Fury, the toughest martial artist cop in Miami, goes back in time to kill the worst criminal of all time – Kung Führer, a.k.a. Adolf Hitler.

Sex and Violence: Neither has boobs but one of them has a theme by David Hasselhoff, which technically counts as sex.