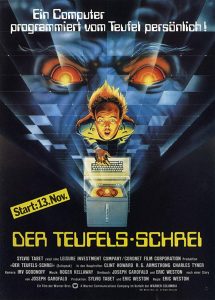 Plot: An outcast military cadet taps into a way to summon demons and cast spells on his tormentors through his computer.

Sex and Violence: Both are cartoonishly over the top but there is a scene involving the death of a dog, so if that bothers you, you’ve been warned.