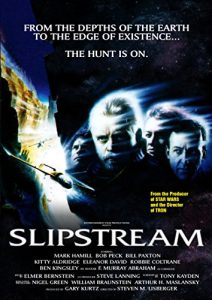 Plot: In the near future, where Earth has been devastated by natural disasters, and giant winds rule the planet, bounty hunter Matt kidnaps a murderer out of the hands of two police officers, planning to get the bounty himself. These in turn try to hunt the two men down.

Sex and Violence: it’s PG-13, so probably nothing exciting