Paramount has released a new trailer for Terminator: Dark Fate.

August 29, 1997. Judgement Day. 22 years later we are still here and now we have the new trailer for the sixth film in The Terminator franchise. And I kinda wish that wasn’t the fact. All this course correction and timeline changing in franchises that have gone on too long are getting long in the tooth if you ask me. All this really looks like is more of the same to me. But I’m sure it will do well in the theater and spawn more sequels as long as James Cameron is still on board to produce them while he makes a dozen more Avatar movies no one wants.

Who knows, maybe Richard Linklater will get to film the real judgement day with his new 20 year film project he announced. I know I sound like the Joker, because all I’m having is negative thoughts about this. But lets be real, Hollywood only wants to keep their IP’s and drag them out long enough to remake them ten times over these days. And I suppose people will keep eating it up until we’re all gone. Then what? 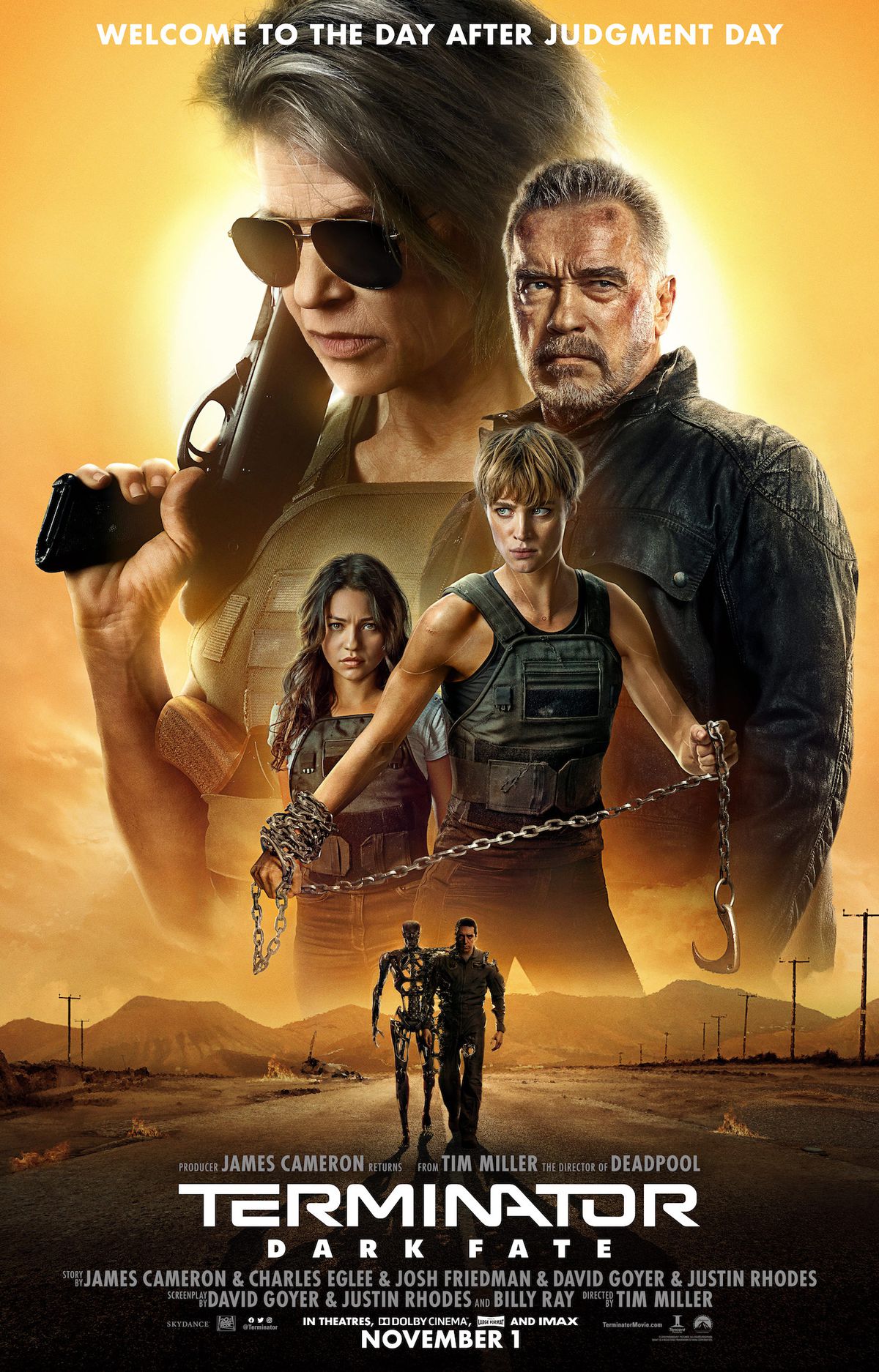 What do you think? Any interest in see this at all?