Netflix has just released the new The Irishman trailer, and it continues to look like one of Martin Scorsese‘s best films of this century.

The story and cast look solid. I have no issues there. What I still can’t wrap my head around is this film’s use of “de-aging technology.” Some people have said De Niro and company look a bit cartoony. Meanwhile, I’m over hear squinting trying to decide if they’re even using the tech! It’s barely noticeable, which is probably what Scorsese wants to hear, but the problem is De Niro doesn’t look de-aged. It just looks like they died his hair.

Of course, I’m watching this on my smartphone, which is one of the world’s smallest screens, so maybe the de-aging will look more impressive on a theatre screen. What are your thoughts on the de-aging so far?

The Irishman is an epic saga of organized crime in post-war America told through the eyes of World War II veteran Frank Sheeran, a hustler and hitman who worked alongside some of the most notorious figures of the 20th century. Spanning decades, the film chronicles one of the greatest unsolved mysteries in American history, the disappearance of legendary union boss Jimmy Hoffa, and offers a monumental journey through the hidden corridors of organized crime: its inner workings, rivalries and connections to mainstream politics. 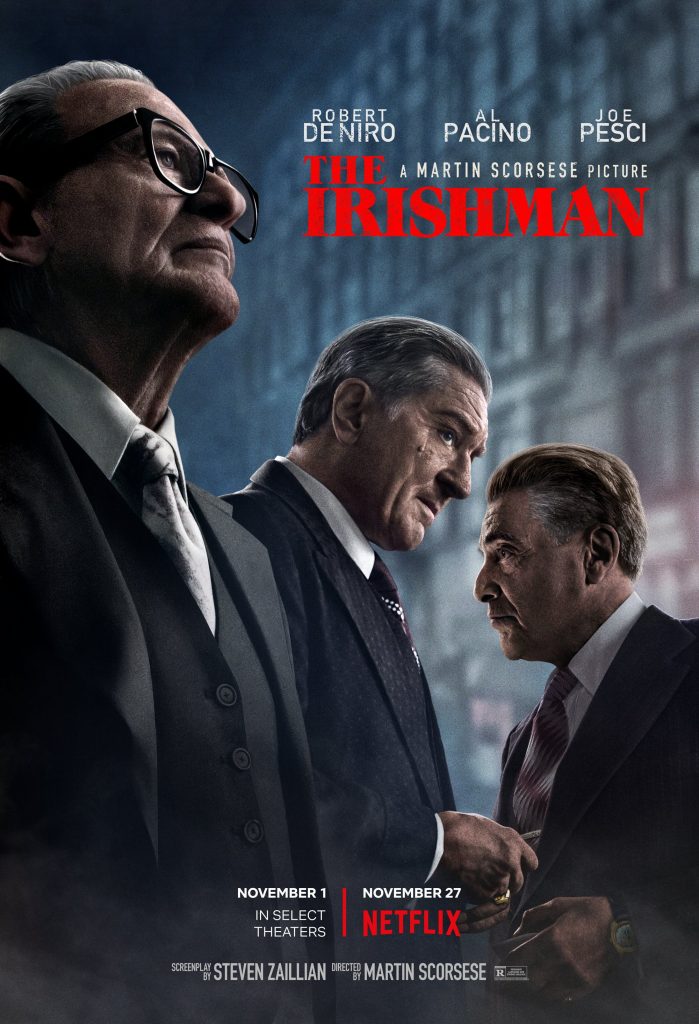 Do you guys think this will be an Oscar worthy? Will you be seeing it in theaters or on Netflix?