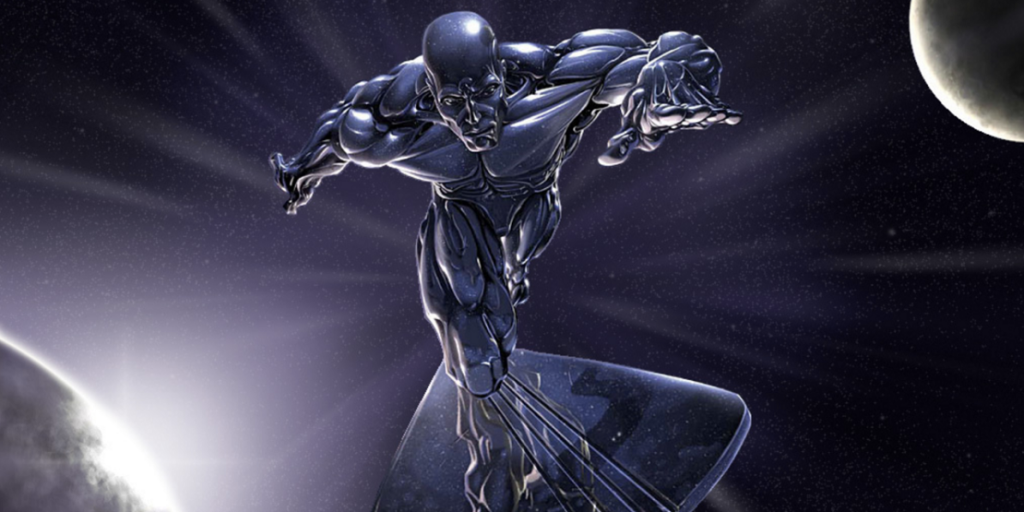 Here’s a hot rumor to take with a grain of salt, GWW has an “inside source” that claims Marvel Studios is actively developing a Silver Surfer movie. This would be in addition to the Fantastic Four film we know Marvel is developing.

Silver Surfer is an integral part of Marvel Comics lore, first appearing in Fantastic Four #48 in 1966. He is usually the herald of Galactus, the devourer of worlds. With Thanos snapped out of the Avengers’ problems, Marvel Studios could be setting up Galactus to be the next big bad of the MCU.

Funny enough, Adam McKay, who had a part in the Ant-Man script, has previously expressed interest in directing a Silver Surfer solo film:

“Silver Surfer is the one I want to do, man. I would do anything to do Silver Surfer because, visually, you could do what the Wachowskis did with Speed Racer with the Silver Surfer. At the same time, there’s a great emotional story in there, man, where Norrin Radd [Silver Surfer] has to make the choice to save his planet. That would be the one, but I think Fox owns the rights … .”

Well, well, well, guess who owns the rights now McKay! We’ll keep you updated if this ends up becoming a reality.