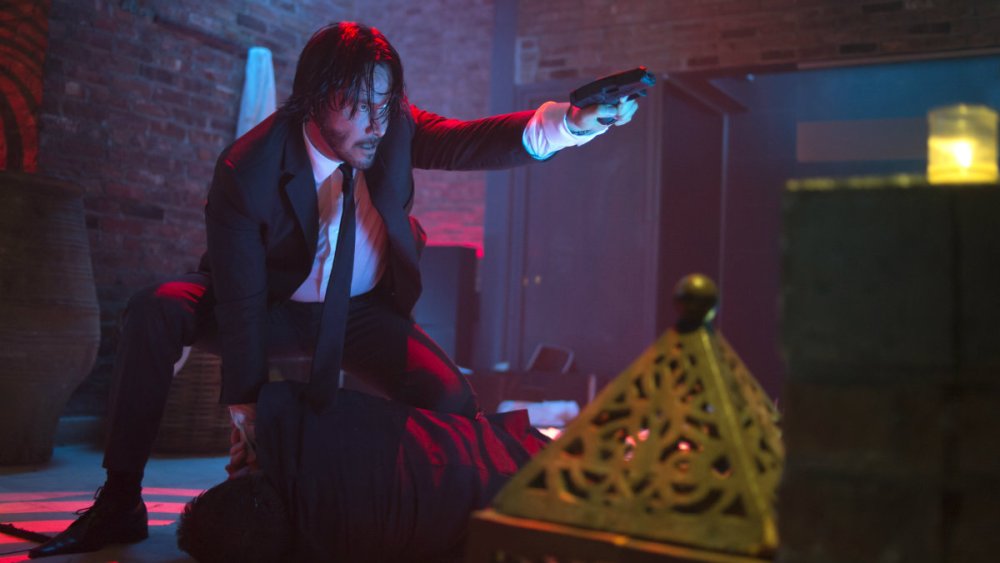 John Wick fans were treated to quite the surprise late last week when during an earnings call, Lionsgate CEO John Feltheimer announced that John Wick: Chapter 5 was in development.

He added that the studio “hopes to shoot both John Wick 4 & 5 back to back when Keanu becomes available early next year.”

Star Keanu Reeves is currently tied up finishing The Matrix 4 for Warner Bros., but afterwards he will jump straight into prep for John Wick: Chapter 4. The latest installment in the action series, John Wick: Chapter 3 – Parabellum, hit theaters last year. Lionsgate is also developing The Continental, a spinoff set around the series’ infamous hotel, for Starz.

Earlier this year, franchise director Chad Stahelski talked about how the COVID-19 shutdown actually allowed the writers to develop the best story possible for Chapter 4:

“Obviously, the Wicks aren’t formulaic or anything like that, so it takes a little while to kind of come up with the thematics we want to do and how nutty and subversive we want to be on storytelling. So, it’s been a lot of back and forth to really try and crack what we want to do with the next John Wick. There’s so many ideas to go with, between the action design, the set pieces and where we would want to shoot all that stuff. So, that’s been good for us. Time is always good when you’re in development. I’m fortunate enough to not have to run into the danger of too much time on anything I’ve done, so this has been nice to try and figure things out. What ideas survive the next day test.”

Stahelski added that some stuff that didn’t make the cut for Parabellum may find its way into the next two installments:

“I like thematics. Obviously, you can see the influences of the old Westerns and the old Samurai films. All the Arthurian tales for chivalry and all that kind of stuff, back to that. We had a couple of overlapping thematics, and I stripped it down to the bare essentials. And there were two action sequences that we had really kind of conceived, but we just didn’t have room for them. So, we pulled them from the movie. And I’d like to think that 90 percent of what I pulled, there’s a place in John Wick 4 that I can definitely reinsert them.”

John Wick: Chapter 4 will hopefully hit theaters May 27, 2022. No release date has been announced yet for Chapter 5, but my best guess would be summer 2023.

Are you excited for more John Wick? Honestly, I will keep watching this series until they fail to live up to their predecessors. What about you?