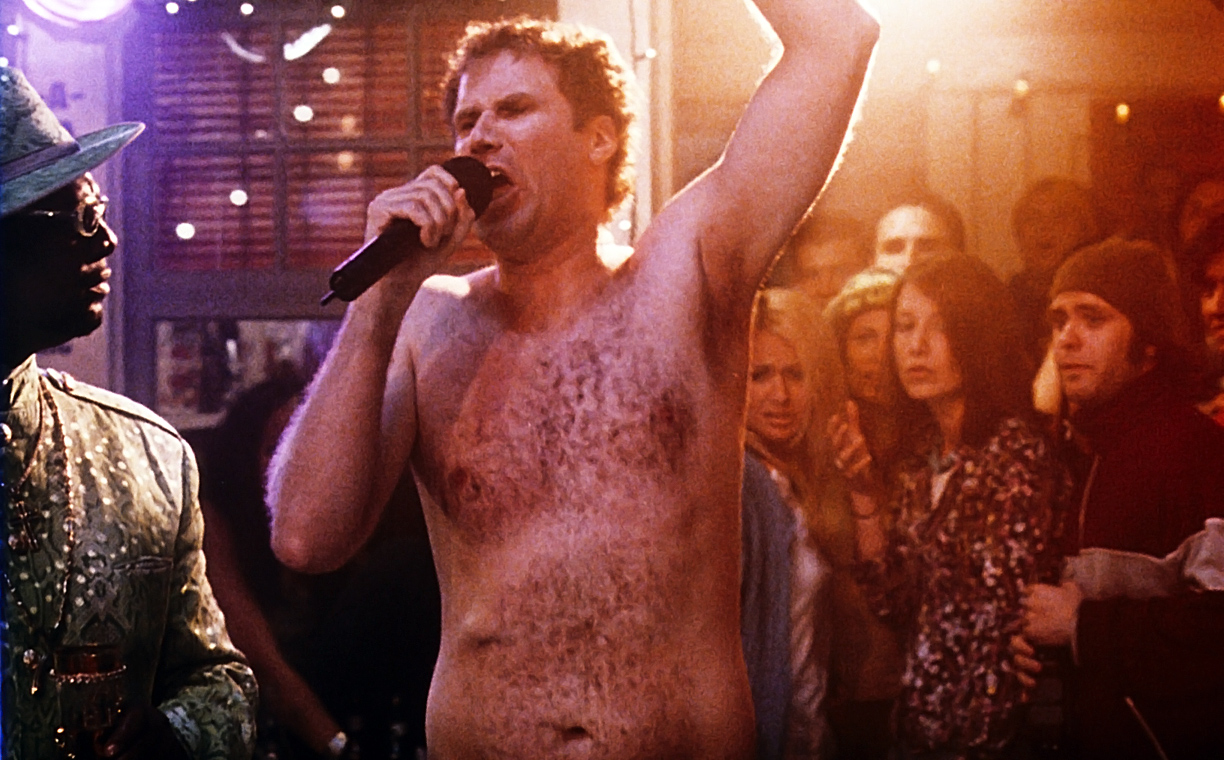 “Frank the Tank! Frank the Tank!” This is prime Will Ferrell if you ask me. An all-star cast with a super simple premise. Mitch’s (Luke Wilson) world has come undone. He breaks up with his girlfriend and moves into a new place near a college campus, and tries to get his life back together. Two of his best friends, Frank and Beanie (Vince Vaughn), start hanging out at Mitch’s house, eventually turning the place into a wild party pad. However, Gordon Pritchard, who they used to ridicule in school, “Cheeeeeeeese!“, is now the college dean. He informs them they must vacate the house because it’s exclusively for campus housing. Hilarity ensues. This movie is one of my all time faves and me and my buddies used to watch it on our baseball trips all the time. As with many Will Ferrell movies it is so damn quotable. “We’re going streaking!”

While it may not be one of Kevin Smith‘s best movies I still find it entertaining. It’s chock full of great cameos and having Ferrell as Federal Wildlife Marshal Willenholly (love that play on the name from Land of the Lost, which he also starred in) is a great touch. The entire movie is an goofy in-joke on Smith’s Askew-niverse and it strangely works. Will Ferrell is full on Will Ferrell here so sit back, relax (maybe get a little high) and enjoy. I’m just kinda bummed he didn’t make a quick cameo in Jay and Silent Bob Reboot. Fuck you, it was funny.

This 2006 American fantasy/dramedy directed by Marc Forster has Ferrell starring as Harold Crick, a lonely I.R.S. agent who does everything by the book. One day he is assigned to audit a woman who he finds himself attracted to. Coincidentally, the same day he begins hearing a voice narrating his actions. I won’t go into much more detail, but it’s a really solid little love story. If you haven’t seen it, I really think you’ll enjoy it. And it’s got a helluva cast too.

This one is a bit of a stretch, I know. But seriously, Will Ferrell’s cameo at the end of this already great comedy just helps put it over the edge. He’s a goddamn scene stealer. The combo of Ferrell, Vaughn and another Wilson not named Luke is just prime-time comedy. The early aught’s were a damn good time. “Mom! The meat loaf! Fuck!”

It was really hard not to just put in Anchorman, Talladega Nights or Step Brothers in this slot, but I figured I should at least try to go with some of the not so obvious choices. The Lego Movie should never have been as good as it was, but god damn did Lord & Miller do a stellar job with this one. A great voice cast and a really solid story helped make this a blockbuster film. And Ferrell as President Business/The Man Upstairs fits him perfectly. He does a great job as the (not so) bad guy and the whole movie wraps up in such a sweet way, you just can’t not be entertained.

And just for shits’n giggles:

Man, this was really hard to whittle down to five. I haven’t watched Eurovision Song Contest: The Story of Fire Saga on Netflix yet, but maybe I should. What are some of your favorite films to feature birthday boy Will Ferrell?