Marvel Studios released a ton of info about Phase 4 of the Marvel Cinematic Universe during their massive Hall H segment they did a couple months ago. There were a number of previously-announced television series for their Disney+ streaming service, a handful of release dates for upcoming movies and the surprise announcement of a new Blade reboot. Outside of a date and the casting Mahershala Ali, nothing else has been released. Since no director has been attached or even rumored to helm the film, I thought it would be fun to run down a couple of candidates I think could do some real interesting things with the character.

These are the Ten Best Directors Who Should Helm Blade. 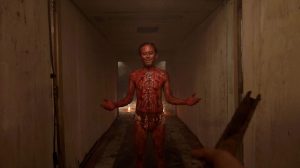 One half of the Mo Brothers and one time collaborator of Gareth Evans (the V/H/S 2 segment Safe Haven), Timo Tjahjanto may have a fondness for teaming up with other directors but his style is uniquely his own. Mixing the macabre with action and the grotesque with the horrific, Tjahjanto is a mad chemist who isn’t afraid to mix and match genres. Blade is more than just an action character, he’s an action character who inhabits a world of the otherworldly. The vampire underworld is a bloody, scary place and Tjahjanto might be the perfect director to bring that character and that world to life. 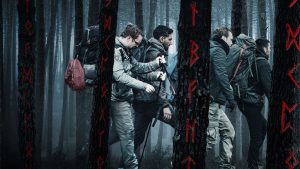 He may only have two films to his name (and the second one, The Night House, hasn’t even come out yet) but Bruckner has more than proven himself a competent director with the segments he’s directed for multiple horror anthologies. He directed the best parts of The Signal (2007), V/H/S, Southbound and two of the better episodes of Creepshow. He isn’t a “Master of Horror” yet but it’s only a matter of time and Blade would be the film to rocket him into the A list. 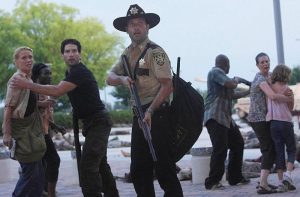 Because he’s made so many King adaptations and because he made the most popular film of all time (according to IMDB), people tend to forget about Darabont’s horror roots. Yes, he directed The Mist and created the Walking Dead but before all that, he was a prolific horror writer. He wrote the screenplay for the best Nightmare on Elm Street sequel (Dream Warriors), the remake of The Blob, a fantastic treatment for the Fly II that kinda sorta got made and wrote a couple episodes of Tales from the Crypt. After the bullshit he had to deal with with AMC, he’s pretty much retired from showbiz but if anyone could bring him back, it would be the unlimited pockets of Disney. 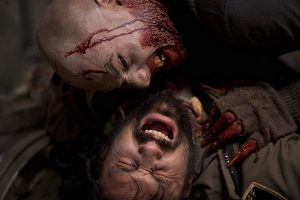 Jumping from music videos to acclaimed Indies and horror films to one of the most prolific TV directors working today, Slade has kept himself busy since his remarkable debut released all the way back in 2005. Hard Candy easily ranks among the best directorial debuts of all time and while he’s not quite hit the same level of excellence, his two follow ups were vampire films, which means he’s perfectly suited to take on the ultimate vampire killer. 30 Days of Night was a solid little action film and The Twilight Saga: Eclipse is, according to the ones who have seen it, the best of the series. He knows vampires and he needs another film in his resume. Sounds like a win-win in my book. 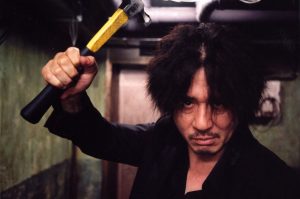 Unarguably the best director on this list, Chan-Wook Park may be intimate with the genre (he directed the 2009 film Thirst) but is, by my estimation, over qualified for the job. Even though I don’t think there’s a chance in hell he’d do it, the fact that he did direct an English speaking movie (Stoker) and an English speaking mini series (The Little Drummer Girl) leads me to believe that there is a chance that he might want to direct a bigger scale film for American audiences. If he’s allowed to make whatever kind of film he wants, I guarantee he’d knock it out of the park. 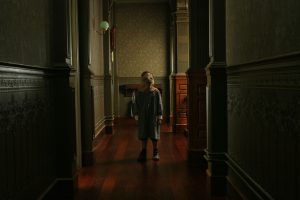 While his last (and so far only) big budget blockbuster was a critical flop, I don’t think it’s fair to hold that against Bayona because honestly, no one could’ve polished the turd that was the Jurassic Park: Fallen Kingdom script. As bad as that film is, his career is too strong for him to be defined by that flop. Each of the previous three films he’s directed, are among the best of their respected genres. The Orphanage is a modern horror classic, The Impossible is probably the best disaster film released since the death of Irwin Allen and A Monster Calls is one of the best fantasy films of the last decade. He can adapt to any genre he’s making, so he could easily handle the multiple genres that make up Blade. He can do action, he can do horror, he can do dark fantasy. Put em all together and you got yourself the recipe for the best Blade. 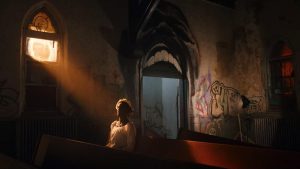 Nia DaCosta doesn’t have a ton of work out there as of yet, but her critically-acclaimed indie film, Little Woods, starring Tessa Thompson and Lily James made waves with critics and audiences (the ones that saw it at least) and landed DaCosta her first high profile job in the form of a Candyman reboot to be produced by Jordan Peele. If the trailer is anywhere near as good as the film, count on Marvel to be giving her a call shortly. 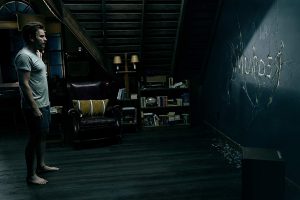 Unless they shoot for the moon and go after directors like Barry Jenkins and Steve McQueen, I feel like Flanagan will be among the first people Marvel talks to about directing Blade. He’s one of the best horror directors working today and outside of James Wan, is probably the only one that audiences know by name. His latest film also tanked at the box office, which probably means he’s looking for a guaranteed hit to help him make the shit he likes to make. Flanagan needs a hit and they need someone who can enliven their film with the dark and the macabre. It would be mutually beneficial for everyone, including the audience. 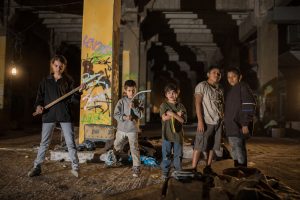 While she’s directed a handful of films, Lopez made the cut on the strength of just one film: Tigers Are Not Afraid. The film is a dark fairy tale about a gang of five children trying to survive the horrific violence of the cartels and the ghosts created every day by the drug war. Terrifying, poignant, and emotionally devastating, Tigers are Not Afraid is a mashup of Pan’s Labyrinth and City of God but scarier than the former and as brutal as the latter.

Her next project is a werewolf film produced by Guillermo Del Toro, which means she’s already looking to get into more genre specific movies. It also means that due to her association with him and his previous ties to Blade, we could potentially get an amazingly directed Blade film by an exciting new voice and a Blade film written by the cat who made the best Blade ever. 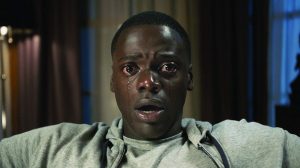 You’d be hard pressed to find a director with a hotter career than Jordan Peele right now. He has two huge films under his belt and has produced about a million TV shows and movies in the last couple of years. His name is a commodity, if he puts his name on something, it’s almost guaranteed to be successful. Even if Marvel just hired him as an executive producer, it would be enough to put asses in seats.

But that would be a waste of his considerable talents. He’s among a handful of directors who make blockbusters that aren’t based on an established IP. He’s built a respectable career out of original content, so there’s absolutely no reason for him to play the studio franchise game but if he did want to dabble, even just once, this is the film best suited to his style and sensibilities.

Who do you think should direct Blade? Comment below with your picks.