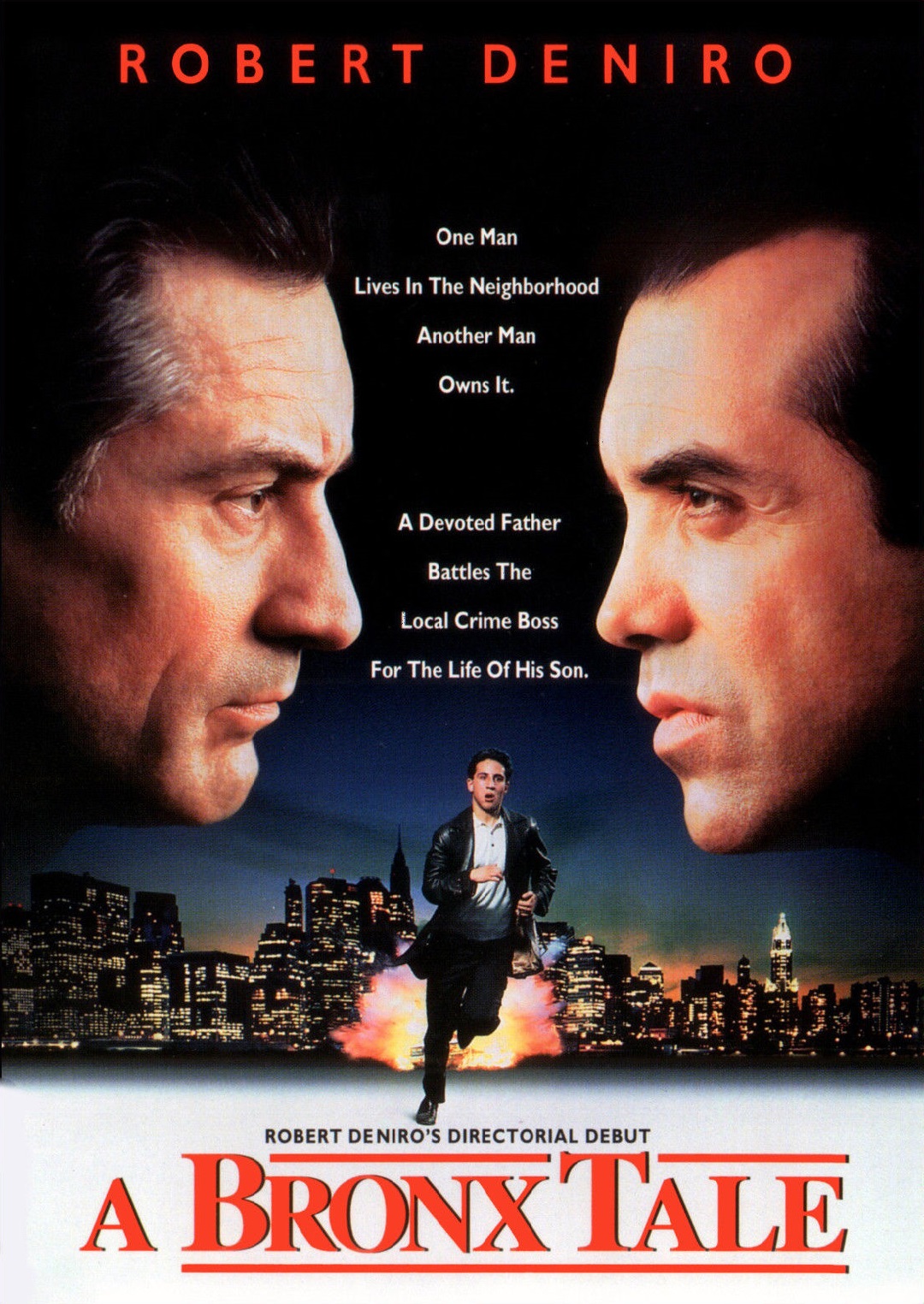 A Bronx Tale is a story about a blue-collar father who becomes concerned for his son when a local gangster takes a liking to him and it seems like he is his grooming his son to be a part of his “family”. Sonny takes young Calogero under his wing early on planting seeds of the lavish lifestyle of a gangster but also trying to be smarter than he was. Despite his father’s wishes, Calogero grows closer and closer to Sonny and the gangster life. In the middle of a lesson where Sonny tries teaching Calogero the differences of being loved or feared, they hear the revving of motorcycles. Sonny gets up to check out the commotion and sees a biker gang heading toward his bar. That brings us to our scene.

The moment you hear the roar of the bikes with Sonny looking out the window and seeing this group of bikers in his neighborhood, you know exactly what is about to go down. With Come Together by The Beatles playing in the background, Sonny and Calogero make their way to check things out and we strap in for a good old fashion donnybrook.

Chazz Palminteri is so damn cool and in control during this scene. The acting from the others isn’t exactly the best (Especially from Lillo Brancato. I want to like this movie so much but I can’t stand him. Sorry, that’s a whole other article) but Chazz’s stone-cold look, calmly walking over to lock the door from the inside and his delivery of “Now youse can’t leave” is an “oh shit” type of moment.

The camera panning over each one of the biker’s face as they realize they just royally messed up in the wrong bar is hilarious. Outside of the fat guy trying to crush one of the bikers against the bar, this fight is pretty brutal. The POV shots of being stomped on help add to the chaotic nature while feeling like a real bar fight. The changing from “Come Together” to a golden oldie like the “Ten Commandments of Love” by Harvey & The Moonglows is a subtle but effective change of pace. Easily one of the best beat downs in all of Mafia movie history.

What do you think of this gangster brawl? What was your reaction when Sonny said, “Now youse can’t leave”?